With Degree Show One: Art now open, we take a closer look at our students’ work and the inspirations behind it.

MA Art and Science student Julie Light is interested in the implications of medical imaging – specifically relating to cells and mutations. Her practice takes inspiration from images of the body and disease, from historical wax anatomical models to electron microscope scans. Light’s work explores how we visualise our bodies at a microscopic level; how we imagine mutations within ourselves and how this influences our sense of embodiment and identity. Primarily working with objects, visibility; invisibility; tactility and texture are central to Light’s work. Here, she talks us through five materials which she has incorporated into her Degree Show work Cellscape and her wider practice. 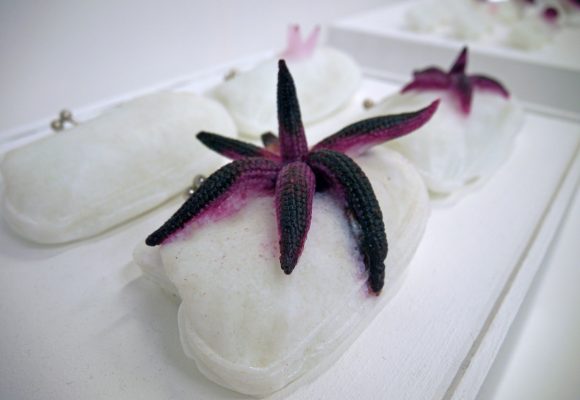 I came to making artwork through learning to cast glass, so it is still my first love. I often think as much about what you see inside or through a piece as I do about its exterior. Through casting and finishing glass, you can make a fragile, brittle material appear soft and malleable. Glass is excellent at picking up texture and it’s very versatile in that you can produce matt, opaque finishes or highly polished surfaces. Through my interdisciplinary study on the MA Art and Science course, I have become increasingly aware of the historical relationship between glass and scientific research. Perhaps the best example of this is the work of father and son glass artists Leopold and Rudolf Blaschka, whose intricate glass models of plant and biological forms are awe-inspiring in their accuracy and their craftsmanship.

Casting glass is something of a science in itself. I learned glass casting at least in part because of sculptor Nico Widerberg’s massive glass torsos. The thickness of these pieces means they have to cool in an annealing kiln for around three months, so they do not break. Annealing is a crucial part of the technical casting process; you need to understand how to cool the glass without generating internal stress as badly annealed glass can spontaneously shatter. 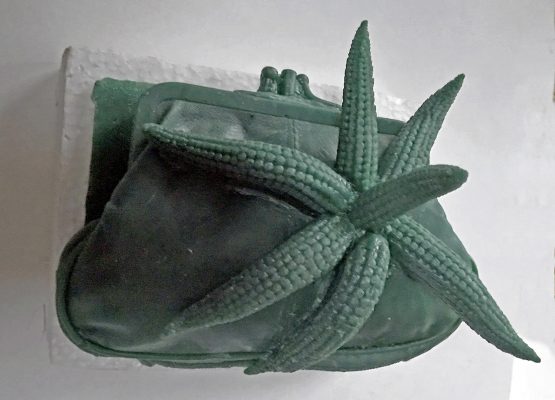 Much of my work develops through the making of wax models. My Gross Domestic Product Series was initially created as part of a lost wax casting process. The models were influenced by the collections in the pathology museums I visited as part of my MA research. The Gordon Museum holds some amazing wax models of different diseases, mutations and tumours, including the work of Joseph Towne, the nineteenth-century sculptor and anatomical modeller. His wax depictions of the progressive stages of syphilis were a fascinating insight into disease progression and had a definite impact on the development of these pieces. 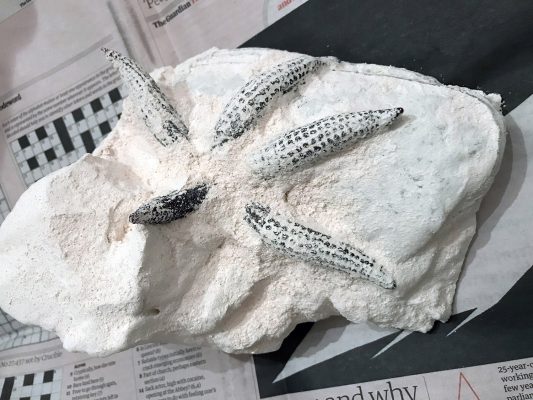 As well as using plaster as a sculptural material in its own right, I spend a considerable amount of time using it to make moulds for glass. For my Degree Show pieces, I produced about 70 moulds. The density, hardness and setting speed of plaster all have a significant effect on the success of the making process. For moulds to be sufficiently heat resistant to withstand firing for several days, the plaster is mixed with other materials such as flint. But it is the plaster itself which determines how well the textures of the model will be replicated in glass, and how easily the glass can be removed from the mould. 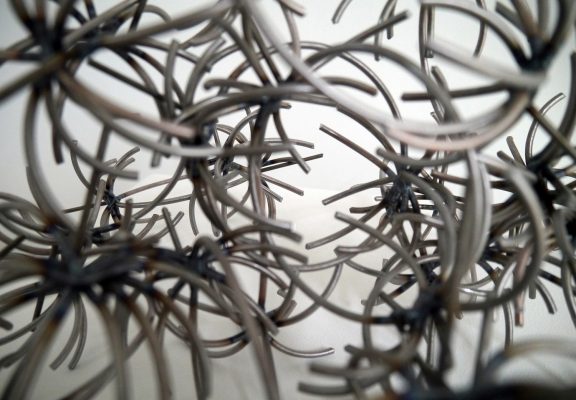 Alongside glass, the other main component of my piece Cellscape is steel. The piece mixes hand-shaped components, welded elements and off-the-shelf nuts, bolts and threaded rod. One of the defining factors of Cellscape is that it the weight of each piece is poised in physical balance, suspended from the ceiling. Nothing other than the strength and flexibility of steel would fulfil the weight-bearing requirements. 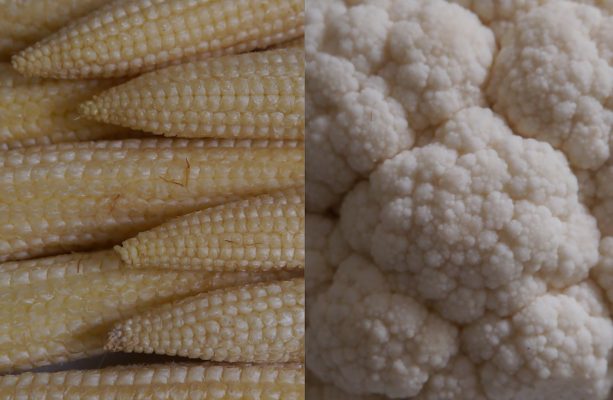 Organic materials are an integral part of my work, particularly where they offer interesting forms and textures. The fruit and vegetables that feature as part of the Gross Domestic Product Series have been directly cast from the real produce, and although they are transformed in colour, form and growth patterns, their textures have been kept entirely intact. There was also the added bonus that I was able to eat the leftovers, something I wouldn’t generally recommend with the materials I use.