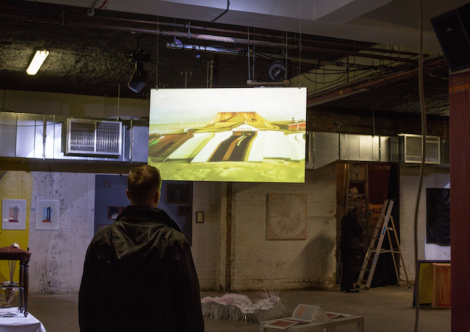 With Show One open this week, we’ve been talking to the exhibiting students to find out about their rituals and routines in the studio, as well as some of the ideas behind their final projects.

As something of a digital flâneur, MA Fine Art student Eva Wilkinson makes videos from footage captured from her digital wanderings on Google Street View. The locations featured are places she has previously visited within the real world, and through these films she explores the borders and boundaries of real spaces, remembered spaces, and urban landscapes.

We asked Eva to talk us through some of the key spots from her digital wanderings. 1. The corner of the pub: I was trying to look through the window of the pub but as I got closer the façade of the pub cracked to reveal a grey space, like a hidden door or passageway – like you might find in a computer game. 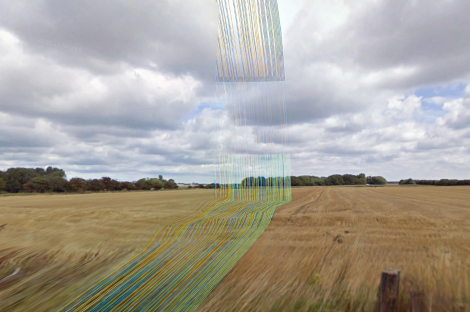 2. The Rainbow Glitch: When travelling around Google Street view on the back roads that border the town I grew up in, I came across a glitch which looked like a few multi-coloured stripes standing in a field. As I travelled down the road, the glitch moved with me. At one point I zoomed in on it and it changed state into a beautiful rainbow which disappeared as soon as I tried to move towards it. 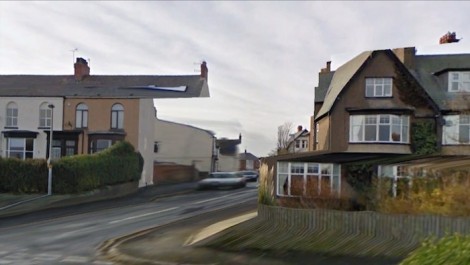 3. The carpark: I dropped down to Street Level from Google Earth and landed in a car park. I tried to move out of that space, but was blocked by an invisible wall, I couldn’t get out. Every time I approached the exit the buildings in front of me warped into strange shapes. 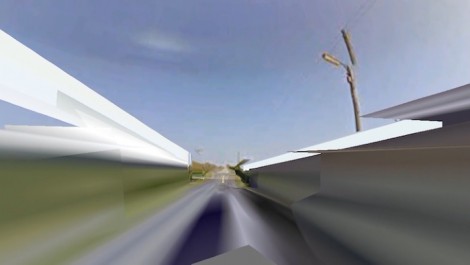 4. The Road: This location is a road leading out of my home town, when moving down it – I changed direction and when I looked back in the direction of the town – walls appeared either side of the screen like a tunnel. 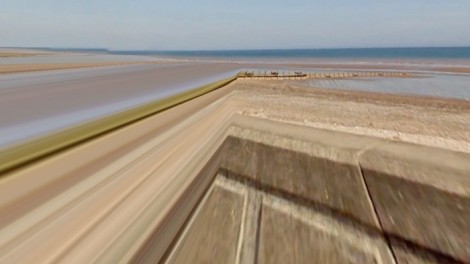 5. The Sea: Because the google camera shoots from the road it is very hard to get close to the sea on Google Street View. In my film, I capture the way in which façade of the seascape rolls back and forth like waves as I try to get closer to it.
More information: