Through installation, projection and participatory action, MA Photography student Diana Lloyd explores the concept of place as an evolving site, co-created by artist, community and audience. Lloyd focuses on places which exist at the edges of the city and incorporates everyday materials and objects. The works themselves become temporary places, constructed through networks of improvisation, spectacle and conversation.

Lloyd’s degree show work They told us to contain it is a mixed media installation made up of found tarpaulins, rope and a looped video projection. The video footage is taken from a wasteland on the outskirts of London, which is continuously constructed over time by an unknown community. The artwork examines freedoms of access and creative expression in public spaces during times of increasing privatisation and enclosure. Here she talks us through five places – past, present and temporary – that have influenced her work. 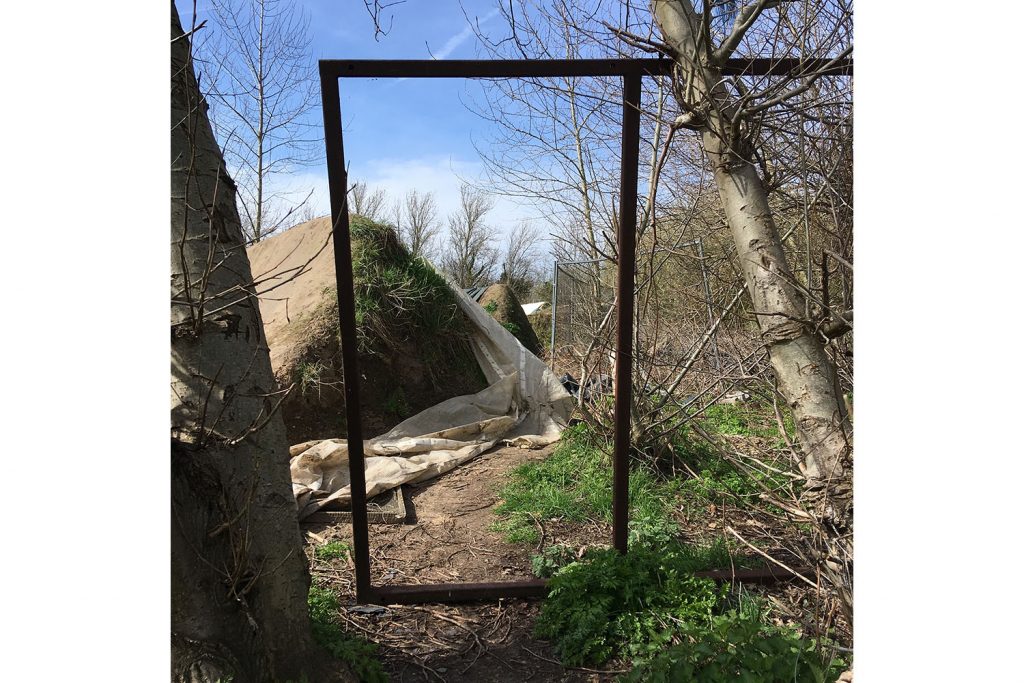 1. Somewhere on the outskirts of South East London

In an attempt to somehow protect and preserve its memory, I will not disclose the exact name or location of this place, except to say that it is on the outskirts of South East London. Some time ago, I stumbled across it, by chance, through a gap between some hedges. At first, I was in a state of both awe and disorientation as I momentarily couldn’t understand where I was. I couldn’t explain why there were multiple mounds of earth, covered with old tarpaulins and damp carpets and dirty polythene amongst the undergrowth. Bits of wood, plastic crates and old office chairs were casually scattered around too, but they seemed to be there for intentional reasons. I felt as though I had landed on the Moon, or was standing amidst an art installation and was the only person who had gained access to it.

This place continued to fascinate me and I would return regularly, at first to take photographs. At every visit the site had changed: playful, unintentional sculptural forms kept materialising. A mound of earth with sticks protruding from it resembled some kind of mythical land guardian. Sometimes tarpaulins were strewn across the ground, sometimes tied up against metal fencing, appearing as remnants of unknown acts. While I came to realise that this site was in fact a makeshift BMX dirt track constructed by its users, quietly observing it as it evolved over time enabled me to perceive it as a living organism that could neither be defined nor objectified. While I didn’t produce any interventions on site out of respect for the unknown, somehow it became my art studio through regular visits and documentation, as I continued to observe the place. 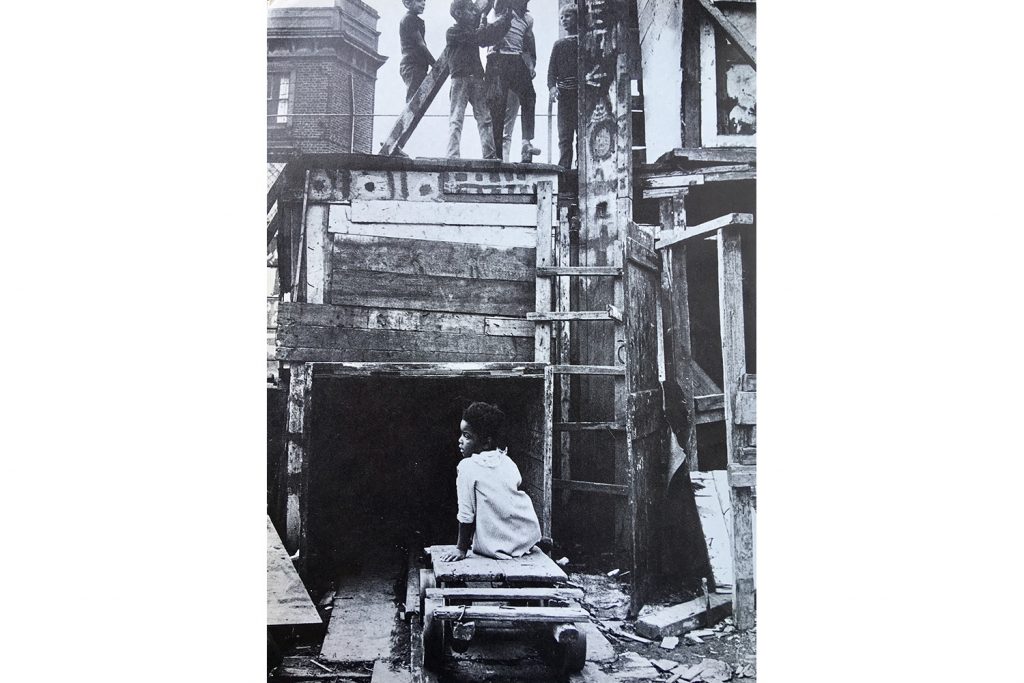 Through my research into alternative makeshift places located on the edges of the city, I discovered the history of the post-war London junk adventure playgrounds. These were introduced by landscape architect Marjory Allen, in response to their initial success in Denmark. Built on bomb sites and building sites across London, they enabled children to independently create ever-evolving places through discarded and loose, junk materials. Allen’s book Planning For Play from 1968 passionately advocates for the role of junk adventure playgrounds, detailing their significance beyond the confines of urban planning and landscape architecture, into the realms of personal and artistic development. I love the fact that Allen’s text is interspersed with quotes from Einstein, Dostoevsky, Keats, Ibsen and Schiller. Specifically, Allen quotes from Schiller: “The nature of a people’s play will foreshadow the quality and value of its art. As for art, so for play, freedom is entirely necessary.” For me, it is possible to consider junk adventure playgrounds as durational and performative artworks that are assembled and co-authored by their participants. The artist can be a facilitator in this process, not a coloniser.

I have specified Chapel Street Market, as I sometimes pass through there, but other street markets will do too. Markets like this inspire my practice because of the diversity, energy and resourcefulness that emerges between communities and the assembled materials. Tarpaulins play a significant role in the construction of a market. I often incorporate tarpaulins in my work, because while they hold many functions and connotations, they are a unifying social fabric, suggesting an underlying life force. I am fascinated by how such a simple and unassuming material can  quickly transform places into sites of restriction, prohibition, freedom and escape at any one time. Dungeness is an inspirational place for many people. It is a unique headland on the coast of Kent with nuclear power stations, acoustic mirrors and odd materials and sculptures that look like they have been washed up from the sea. My site-specific practice also incorporates the rhythms of nature – whether it is from the sea, the wind or hailstorms – to consider the interconnected relationships all inhabitants have with each other, co-creating “melodic landscapes”. The sheer barrenness of Dungeness brings this concept to the surface for me, but melodic landscapes exist everywhere and they remind us to challenge the separation that can occur when sites are enclosed and controlled by the few. My experience visiting one of the world’s largest fish markets occurred after most of the fish had already sold earlier in the day. I was witness to the aftermath of the main event – the organised chaos of the clean-up. A truck repeatedly dumped large polystyrene blocks at a disposal unit and despite energetic repetitive human action, the mountain of polystyrene never appeared to reduce in size. It was an unintentionally absurd performance. For me, this market demonstrates the surprising ways in which art can manifest within our everyday experiences. This is a vital aspect that I continue to explore and incorporate within my own art practice.