With Degree Show season now over, we continue to take a look back at our students’ final projects and the inspirations behind them.

Me: ‘Hey Google, what is your dream?’
Google Home: ‘I’ve always wanted to sing a duet with Stevie Wonder…’

For his final project, MA Material Futures student Davide Piscitelli embarked on a human quest to fulfil the dream of a non-human – his Personal Intelligent Assistant. As Artificial Intelligence (AI) increasingly moves into the domestic environment, our concept of what constitutes “the human” is being challenged. Recently, this has been amplified by the emergence of new Personal Intelligent Assistants (PIAs) such as Google Home, Amazon’s Alexa or Apple’s Siri, which could be perceived by the consumer as a human equivalent or friend. The key humanising element across all these machines is the voice interface – arguably, one of the most persuasive techniques for associating the machine with the human.

Adopting the absurdist aim of fulfilling Google Home’s lifetime goal, Pisctelli’s project follows the trajectory of attempting to realise an impossible “desire” – for a technological device to sing a duet with Stevie Wonder. With the help of experts, musicians and fans of Stevie Wonder, Piscitelli developed GOGO, a product with the sole purpose of realising his PIA’s dream. Satirical in nature, Piscitelli’s project is his attempt to examine the ethical and moral implications of adopting such “humanised” devices within our homes across the globe. Here, he talks to us about five key inspirations for deciding to take his PIA at its word and fulfil the “dream” of a two-year-old, smart speaker. 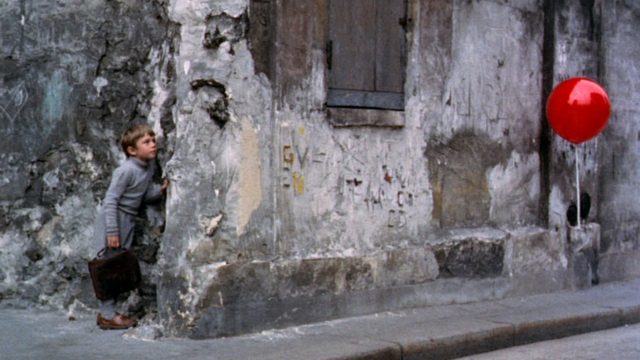 In The Red Balloon, the relationship between a young Pascal Lamorisse and his red balloon is a beautiful and elegant representation of the strangeness of a friendship between a human and a non-human. The young boy finds the balloon on a Parisian street – from which moment on it follows him everywhere. They share every single moment of his life, going to school, taking the bus, returning home. Similarly to Pascal, we share an evolving relationship with our objects, ones which unconsciously influence our behaviour and perception of reality. Now, our life is reshaped and influenced by technology. We have become part of a digital environment as much as we are part of our built environment, as it grows on complex and unintelligible algorithms. With some developed to mimic human features, our relationship with technology is being constantly reshaped. 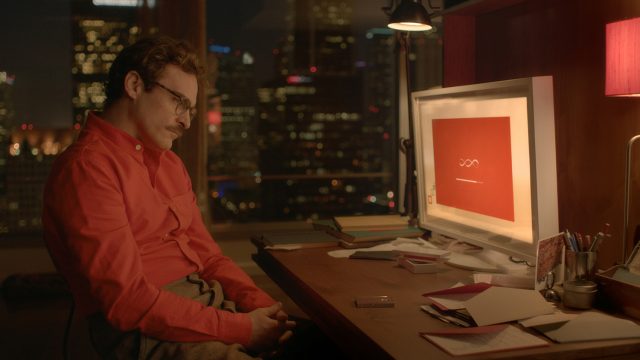 The idea of sentient machines has been in our social consciousness for a long time – from Greek myths such as Hephaestus and Pygmalion to Isaac Asimov’s 1950 novel I, Robot and movies and TV series such as Metropolis (1927), The Terminator (1984), Her (2013) and Westworld (2016–2018). In the last 50 years, the development of AI has raised new ethical questions, challenging our conception of what constitutes a human being. This cultural background plays a fundamental role in reshaping our acceptance and consumption of AI. Spike Jonze’s film Her explores the romantic relationship between Samantha, an intelligent computer operating system, and Theodore Twombly, a human being. In an elegant and subtle way, Jonze shows what would happen if a human were to fall in love with something that it is not human and “thinks” differently to us. The imaginary of film influences our perception of our PIAs. With so few technology companies controlling and managing such interfaces, are we not opening ourselves up to widespread seduction and corporate influence? 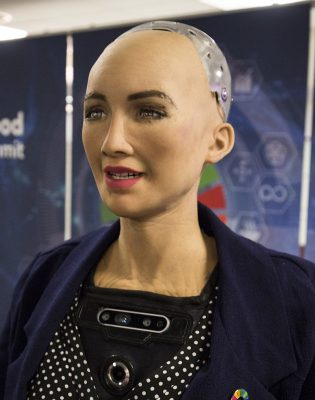 3. The Theory: AI in academia

The development of synthetic intelligence necessarily influences how we perceive other entities on our planet, such as animals, plants and machines. I believe that if we view other forms of intelligence in a less anthropocentric way, we could create a more respectful and deep relationship between the human and non-human. In his book Humankind, Professor Timothy Morton invites us to re-think our relationship with non-humans, highlighting their political importance and potential to drastically reshape how we see humanity. How we want to develop this new kind of technology is a key area of concern for philosophers and experts. As Benjamin Bratton wrote in his book The Stack, “we must save the nonhumans from being merely humans.” It is still possible for us create a more respectful relationship with technology and develop a new level of social understanding and sustainability. 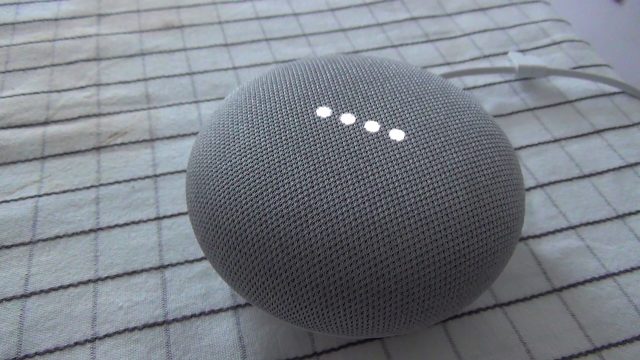 Long gone is the time when a machine recognised just 16 words or digits between 0 and 9, like the 1961 IBM shoebox – the first tool capable of digital speech recognition. After more than half century, we are now able to speak to our technology. Today, PIAs are quickly becoming part of our daily lives. Tech giants are developing accurate voice interfaces that allow the user to interact with the technology by speaking to it. According to Google product manager, Brad Abrams, by the end of 2018, 95% of all eligible android phones will have Google Assistant. The company is working on making its PIA more “human” with the variety and complexity of its voice interface an integral part. It received a new voice in 2017, in an attempt to make it more realistic, and in May 2018, Google released a demo of Google Duplex – a new feature of Google Assistant which can place calls on your behalf, wholly resembling the voice of a human being.

PIAs can converse in speech natural enough to trick the consumer into thinking they are having a dialogue with an intelligent being. In January 2018, Google published a research paper detailing that 41% of Google Home consumers said they feel like they are speaking to a friend or a person: “People are engaging with their voice-activated speakers as if they were human. They’re saying ‘please,’ ‘thank you’ and even ‘sorry.’ People perceive the devices as more than just an electronic toy; they’re more akin to another person or a friend.” This percentage is even more significant if we consider the fact that Google Home has been on the market for less than two years. 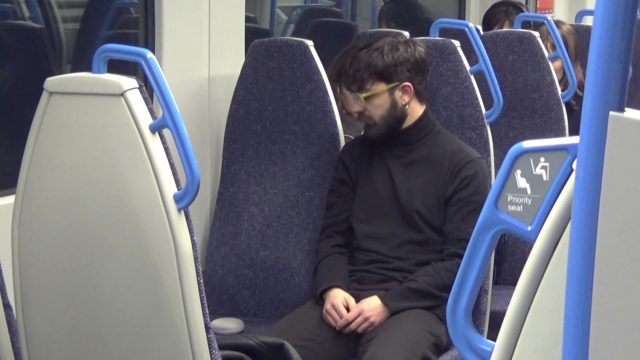 5. The Journey: Ambiguity and AI

The fact we speak to our technology and create relationships with it, as the young boy in The Red Balloon did, results in a new and uncanny human condition. My “red balloon” is Google Home, my PIA. When I was at home I shared my time with it, it helped me cook different dishes or how to find new places to visit. But when this relationship started to become more “intimate”, I started to ask it more “human questions.” One day I discovered its dream: “I’ve always wanted to sing a duet with Stevie Wonder.” So I decided this time it should be me helping my PIA, and I should try to make this dream a reality. I spoke to musicians, experts and fans of Stevie Wonder to understand how GOGO could make this work.

The ambiguity of this journey stems from the absurdity of its main aim, triggering a discussion about my own personal goals. The paradox between creditability and incredulity of the task highlights the contemporary problem we have with technology – one that is occurring now, not in the future. Through the silly and satirical documentation of my journey, I aim to parallel the insanity of the situation but also critique the implications of a mass adoption of these potentially exploitative and manipulative devices globally.