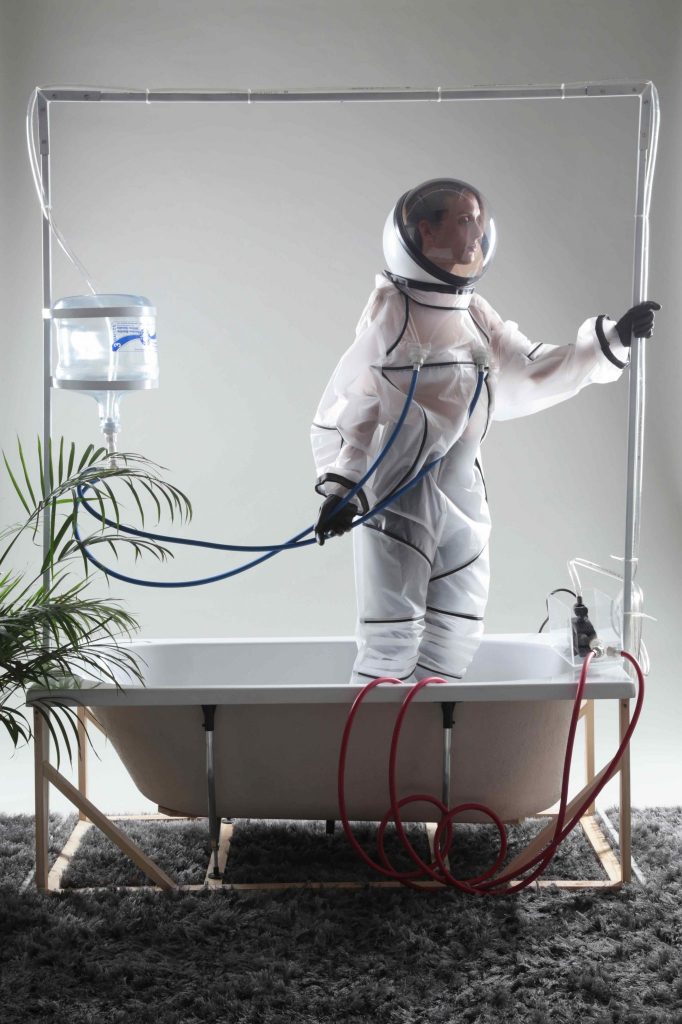 On his return to Earth, Scott Kelly, a NASA astronaut, said “personally, I’ve learned that nothing feels as amazing as water”. Lew alighted on this, “it struck me that humanness and achieving human comfort in space has been overlooked by science.” Considering the psychological importance of our everyday experiences she began devising systems for space:

“Humanising space needs to be addressed and given attention if humans are to live well in long-term space colonisation and deep space exploration. My position on space travel is neither the picture painted by NASA and SPACEX, nor is it the adventures of Barbarella, it is the grey area of space, the overlooked day-to-day life of humanity that I believe to be import. Why can’t living in space be purposeful and fulfilling but also enjoyable, pleasurable, and sensuous?” In keeping with her project, we asked Christine to share five earth-bound experiences that she’d miss when in outer space:

Show Two: Design is open to the public 21-25 June at Central Saint Martins.