With Show Two well underway, we’ve been talking to exhibiting students to find out about the inspirations and ideas behind their final projects

To me the digital glitch is a visual representation of vulnerability in the seemingly infallible algorithm of pixels we absorb almost constantly; where the limitations of digital emotion are met. Compressed, zipped and lossy, this is how we now experience nostalgia.

From Nina Beier to fabric hunting, we caught up with Ben to find out more about his collection and the experimentation and inspirations that were behind it: 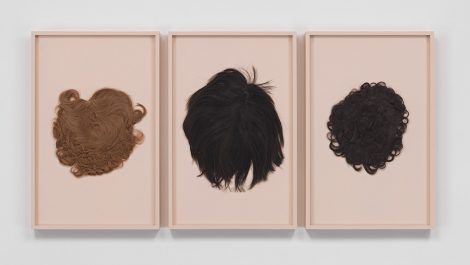