The initial collection comprises eight pieces, each one designed at Central Saint Martins and made in Hebron, 3,500km separating the designers and makers at all times in the process. On show currently in a Windows Gallery exhibition, the collaboration ran through a combination of the digital (Skype) and the traditional (post). 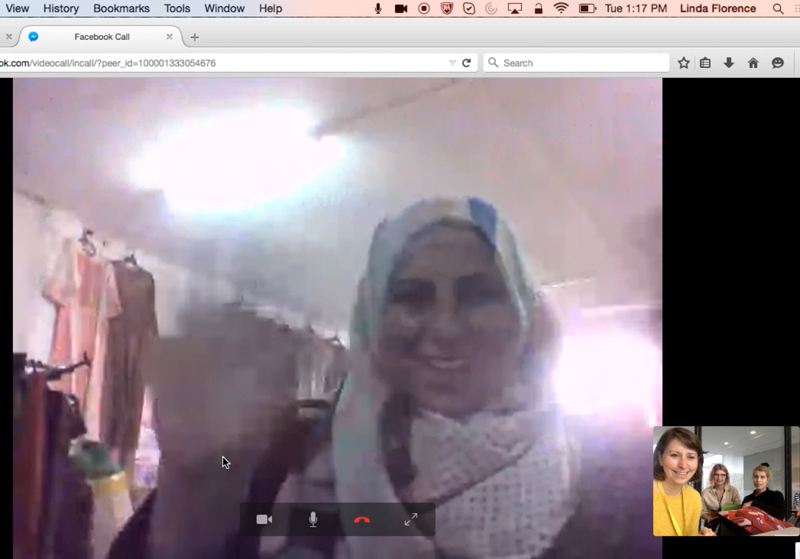 Six Branch began with the meeting of Senior Lecturer in Textile Design, Linda Florence and Nawal Slemiah, director of Women in Hebron. It was setup as a dialogue across borders with textiles as a shared interest, a material language for cultural expression of collective identity. The students learnt about the traditional contexts of Palestinian textiles while also testing their ability to communicate throughout a production process. While Slemiah, the driving force behind Women in Hebron, was eager to engage with contemporary design, to open up new markets while celebrating, and pushing, the skills at the heart of the collective’s craft.

It was a great opportunity to see how to put into place a dialogue and a creative process between two very different ways of thinking.

Following a series of workshops to explore Palestinian textile traditions the students created designs which were posted to Hebron for the embroiderers to interpret.

Weeks later, the prototypes landed at Central Saint Martins and the students opened the parcels to see their products in the flesh for the first time. Six Branch stretches design and making across national borders, combining the strengths of the two groups to create something unique. Importantly, Six Branch does not follow one direction but instead is reciprocal; once the first version of the designs had been completed, the embroiderers then create their own version in reply.

The first collection from the Six Branch project is on show in the Windows Galleries at Central Saint Martins, 14 February – 16 March 2017

In celebration of International Women’s Day, 8 March 2017, an afternoon of talks with Nawal Slemiah, Sir Vincent Fean and those involved in Six Branch, will take place at Central Saint Martins. If you would like to join, please RSVP here.