In this series we connect the dots on work in Degree Show Two. Here, we look at projects that transform tradition…

The souvenir, a place commemorated in object, has had an update at the hands of Phoebe Quare (MA Material Futures). Her collection of lights and bags, including the invention of a new material, is inspired by a small island off the coast of County Cork.

“This is for them. It’s inspired by them and for them,” she says of her designs for Bere Island. Interested in the unique lifestyles of small communities, Quare found that such communities were threatened with rapid depopulation in recent years due to economic pressures as traditional industries waned. The young designer travelled to Bere Island, to investigate what local materials could be transformed in products to help economically sustain the population.

“They have some amazing materials on the island – quartz stone and seaweed, sheep’s wool. They have it, but they don’t know what to do with it. They actually pay someone to take the sheep’s wool off the island to keep it clean. That’s really exciting, I could work with that.” 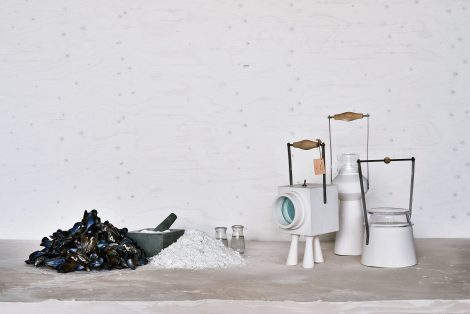 Quare identified several materials – from the sheep’s wool to mussel shells – that were being discarded or worse, costing the community money. Eager to transform the mussels into something usable Quare began experimenting. By applying heat, the shells turned entirely white, and after grinding them down and applying a natural binder she had created a workable plaster-like material.

The resulting lights Quare designed reference the Martello towers dotted across the island, as well as the military-style signal lamps, folding both the military history of the island as well as its current industries of agriculture and fishing into one object.

Quare’s collection of mussel plaster lights and woollen bags has become part of the island’s story but also offers an income stream as the designer shares the manual for production with the inhabitants enabling them to make their own souvenirs.  “I’m using the skills of the islanders so that it can be carried on,” she says, “it’s giving them a starting point, for them to take ownership of the island’s future, to see what’s possible. This is possible.” From here, she hopes that other designers might be attracted to Bere to rethink the island’s materials and grow the collection. 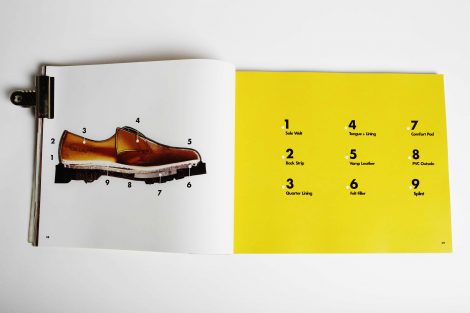 While Quare was interested in installing new making based on traditional industry, Clementine Fiell (BA Fashion Communication) has been documenting the British fashion manufacturing. Her final project, ‘Built’, takes readers on a tour of thinkers and makers from Margaret Howell and Vivienne Westwood to Doc Martens and Sunspel: “I’ve always been interested in viewing fashion more as clothing than fashion. I’m interested in durable, long-lasting fashion. Its processes.”

Celebrating centuries of skills, Fiell toured factories and workshops across the UK as well as ending the life-cycle by documenting the fate of discarded clothes in incineration and recycling plants. 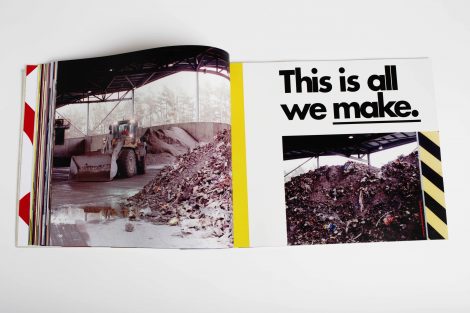 Britain’s industrial past and present was a point of reference for joint L’Oreal Professionel Creative Award Winner and MA Fashion graduate John Alexander Skelton. Inspired by the foundation of the Mass Observation survey in 1937 and its documentation of the everyday lives of mill workers in the Bolton, Skelton looked at the expression of identity and the symbiosis of the observer and the observed. His interest in the state of manufacturing in the UK today stemmed from the statistic that only 3% of wool woven in Britain uses British wool. Having searched for UK-based spinners, Skelton created knitwear with wool from millennia-old British sheep breeds. His final collection not only told a history of UK industry but also pointed to future way of working sustainably.

Another project with the wool industry at its heart is that of Irene Infantes (BA Textile Design). With a shepherd in the family the Spanish designer began looking at contemporary work using Spanish Merino wool and was incredulous to discover that the majority of the Spanish wool was sent to China for processing before being sold back to Spain and its neighbours.

Infantes visited wool producers in Spain, getting to know their material: “They were not proud of their material, they were not seeing much hope. But they’re growing this great thing. I don’t know how much difference I can make, but hopefully they’ll feel inspired.” Infantes set about designing a series of contemporary blankets with her aesthetics taken from photography of found objects on the streets of London, her recurring analogy being to shine a light on hidden things and forgotten values. 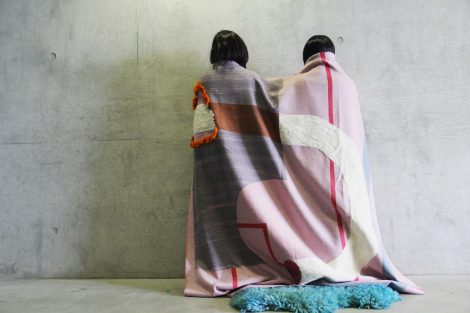 Traditional industry, in fact one machine in particular, forms the basis of Jose Maria Salgados’s BA Ceramic Design project. Focused on the jigger jolly, a machine that produces plates, cups and bowls (as the mould for one side spins around on a central axis, the profile of the upper part is brought down to cut away the clay, creating the final shape). Salgados plates their own production as well as exploring ceramic’s traditional coding in architectural draughtsmanship. “It’s about the value of the process”, he explains, “how opening up the manufacturing process can inform and enrich the user’s experience. If people engage emotionally with it, it becomes less disposable.” 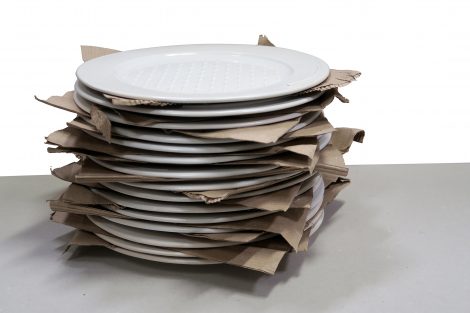 Using 3D printing to make the moulds, Salgado then created the plates with the jigger jolly. Each plate is embellished on its surface with the abstract patterning of coding for ceramics in building from porcelain to brick. The designer also created his own collection of backstamps detailing the manufacturing from CNC milling, jigger jolly, firing temperature, the glaze and finally screen printed decals. For Salgado, these plates are imbued with information, some decipherable by the consumer and some not.

His interest in mass-manufacturing grew from course visits to factories in Stoke-on-Trent and Poland. “I feel a responsibility to engage with mass industry, but not as it is at the moment,” he says, “a lot of it is driven by consumerism, you make 5,000 of something just because. I want to understand how mass-manufacturing, craft techniques and new technologies can be combined because I want to manufacture with more of a meaning.”

The global and anonymously-made lacks just that, meaning. From across the College and with many different outcomes, designers are engaging with traditional manufacturing, celebrating and challenging it in equal measure to tell its stories and evolve. From mussel shell lamps to jigger jolly plates, these designers are making manufacture more meaningful.