With Show Two: Design about to open, we connect the dots on students presenting their work to the public for the first time.

“I’m interested in critical projects – not problem-solving through technology but pushing at what potential situations could come out of this technology.”

Her focus was the relationship between impulses in the real world and experiences in the VR world, the possibility of the technology to create not only experience but also to promote empathy and awareness. Looking at real world applications – including its current use in therapies for paedophiles – Giralt decided to create a simulated rape experience. Virtual X questions whether VR could become a mechanism to elude the legal and moral constraints of the physical world. “My project is asking whether we should be regulating these experiences,” she says, “or should people be able to access them?” In Show Two, Giralt presents this project complete with sleek tools to facilitate the experience and stylish visuals. Pushing the current reality of the porn marketplace only a short way into the future, the designer confronts us with ethical dilemmas. So, what is her moral stance on her own questions? “It’s been haunting me throughout my research,” she says, “I’m absolutely against the way women are portrayed in pornography. However, if it’s proved that because people are having these experiences in VR with avatars, this means that that they won’t be having these experience in real life. I do see that as a positive thing.”

The future of VR isn’t purely problematic though, other projects in Show Two offer alternative visions for the technology.

Marc Hargreaves came to his MA ARCH at Central Saint Martins already exploring the applications of this new technology within architecture. Initially translating designs into VR environments, he was essentially using it as an extension of the visualisation process. Over the two years of his Masters, Hargreaves has been pushing beyond that, harnessing the power of the technology to place users, rather than professionals, at the centre of the design process.

Looking at Old Oak Common, in London, a site which as a result of HS2 and Crossrail, will develop rapidly in coming years, he has designed a modular pre-fabricated system that uses VR as a tool for users to design and edit their houses. “It’s a utopian view in a way,” says Hargreaves, “but in the same time pre-fab and mass customisation is entirely achievable.” The dialogue between standardisation and mass-customisation fits comfortably in the worlds of both VR and pre-fab housing. Though VR technology is already being used by the likes of McLaren for their consumers to plan and customise their cars, Hargreaves employs it not as a luxury marketing but instead to create modular and affordable buildings that work for those living in them, and have the ability to adapt as the lives of the residents change.

These VR projects may be future-focused, but Dom Biddulph’s has one foot in the past. Visitors to his work in BA Graphic Design will be transported to the print workshops at Central Saint Martins’ Archway building, a workshop that moves to the King’s Cross building this summer. 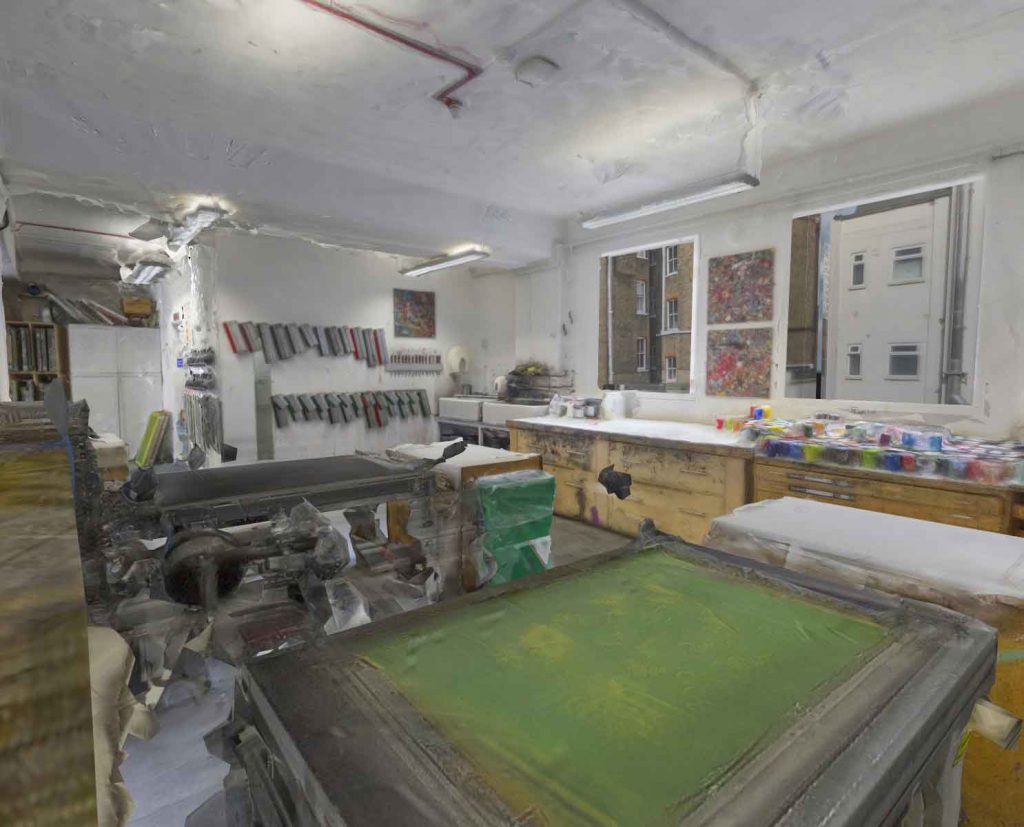 Biddulph spent his final year of study getting to grips with the new technology. Using photogrammetry, he would scan everyday environments, beginning with his own desk. Returning to his home in Burton-on-Trent, he wandered around some farmland which was about to be transformed into new housing.

“I thought, ‘I really want to use this technique, to take a snapshot of this field exactly as it is. I’ve got a lot of memories of that countryside and it’d be great to have a virtual version of that space. I tried it out – it didn’t work, but I really liked the idea of preserving a space.”

Returning to Central Saint Martins, Biddulph realised that the printing workshop could work in the same way, a preservation of a space about to be lost. Capturing not only the space but also the sounds of people and machines at work, he built up the environment. He is working on two versions, one which simply presents the space, and another that is embellished with text giving context and insight. The re-presentation of spaces past has plenty of applications, and while Biddulph sees its potential for objective archiving of historic places, he’s equally interested in the personal and subjective possibilities. 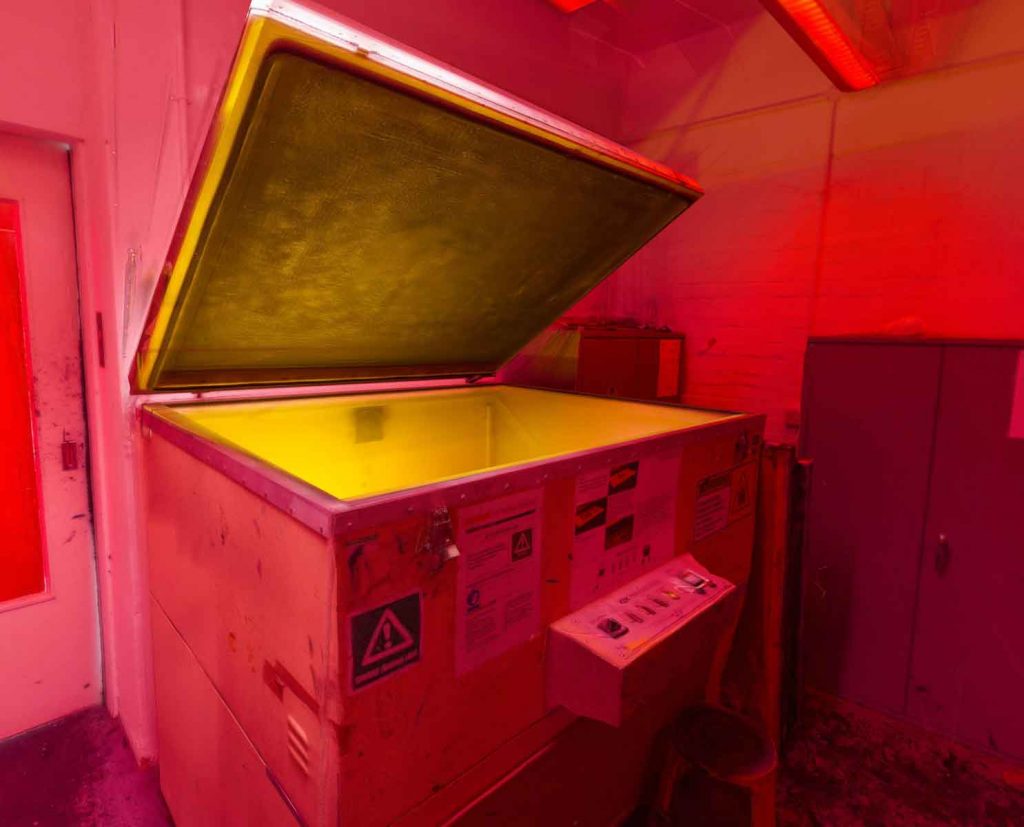 Though a process that promises to capture a kind of reality, the stitching of photogrammetric imagery highlights glitches he finds compelling such as a ray of reflection, the seam of two images meeting or an overly complex surface texture. Surprisingly perhaps, it got Biddulph thinking about the Surrealists’ attempts to connect to the subconscious: “It wasn’t the aim of this current project but I found some kernel of it in those subtle breaks from reality found within the scene. I even saw some correlation between the vividness of dreams and the amount of work I’d done in the headset the night before.”

All three designers, though working in different fields, sense the possibilities of the technology. “Video games and entertainment are pushing VR the most at the moment but it’s got so much potential for art and design,” says Biddulph. While these projects explore very different territories, the philosophy upon which the designers all agree is that VR is simply a tool to be used like any other, that it can be both part of the problem and part of the solution simultaneously.

Marta Giralt and Dom Biddulph are both nominated for the MullenLowe NOVA Award. Show Two: Design is open to the public 21-25 June at Central Saint Martins.