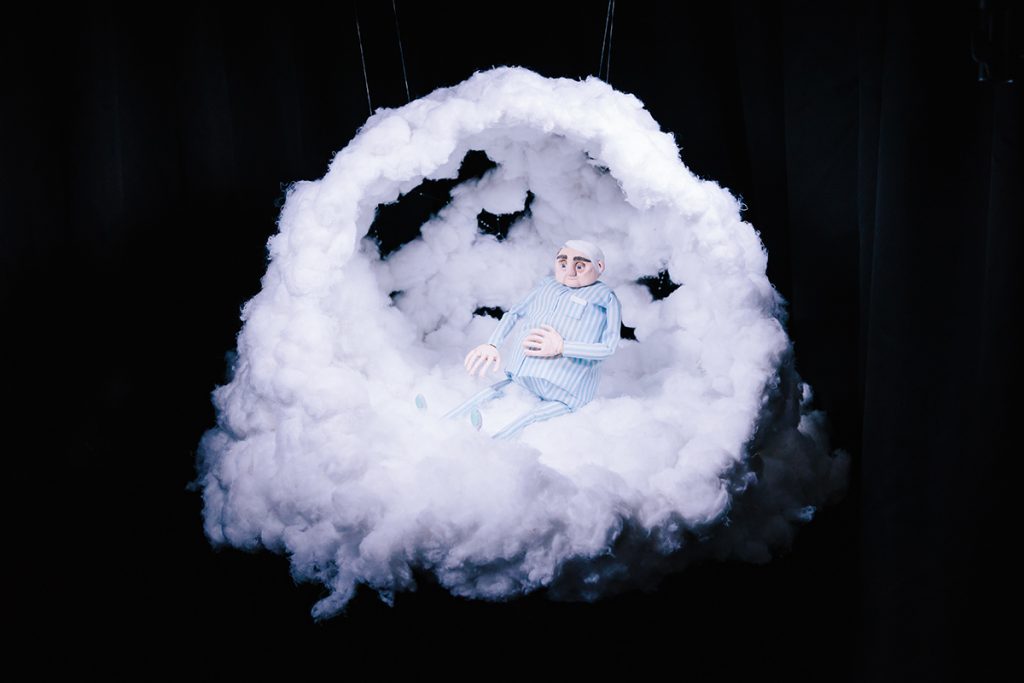 Visitors to Show Two could see an old man, dressed in striped pyjamas, sitting in a cloud. This is one of the models used during the making of film Stroke by Jiani Zhao and Emanuele Romano, both graduating from MA Character Animation. The film, a combination of stop-frame and hand-drawn animation, tells the story of a man having a stroke.

But alongside the pain and trauma of the experience, there is surprising beauty in the exploration of an altered reality. The film’s makers took their inspiration from a TED talk by Dr Jill Bolte Taylor in which she shares her own stroke experience, which although debilitating also unleashed a new sense of creative energy. “There’s a higher state of consciousness perhaps, and that’s what we wanted to show with animation,” says Romano, emphasising that it’s the perfect medium to make manifest a subjective experience. The shift from hand-drawn to stop-frame magnifying the shifts in reality as the film brings the viewer into the protagonist’s brain, to see the visual metaphors of his own experience. Another designer bringing internal experience to the surface is Anna-Maie Southern of BA Textile Design. Her series of fabrics takes mental health as its starting point. Combining her own personal interest in the subject (she volunteers for charity Mind) with disciplinary influences of Outsider Art and Surrealism, she set out collecting the firsthand experiences of others. Through an online survey, she asked people to anonymously share their mental health experiences, specifically the connected imagery or visions. From those contributions, Southern collected a series of images to translate into textiles; the resulting collection includes a grey cloth depicting a Jesus-like figure, fabric covered with eyes ever-watching and a heavy cloth of clouds. While Southern took inspiration from specific accounts, she emphasises that many of the images represent commonalities of experience, from the delusions of thinking that you’re Jesus to the feelings of oppression and paranoia. 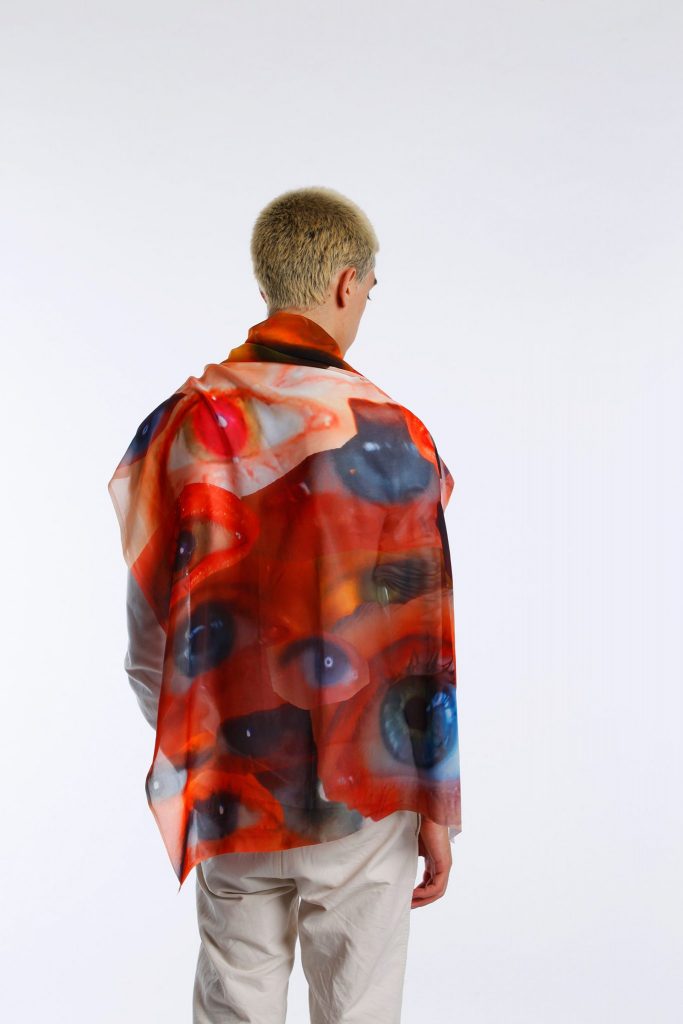 The fabrics are made specifically for garments, “it’s wearing your heart or your mind, on your sleeve,” Southern explains. Much of her motivation is to remove stigma, that by sharing people’s experiences we see how these thoughts aren’t outliers but instead part of the patchwork of human life. There’s a large range of both aesthetic and texture across the collection which is purposeful, “I wanted to grasp the scope of the human mind,” says Southern.

Creative practices are perfectly placed to visualise experiences that are difficult to verbalise, as shown by the work of both Romano and Zhang, and Southern. Creativity can play a part not only in the communication of internal states but also the processing of such experiences.

Anna Charpentier, MA Industrial Design, has created a device and app that helps chronic pain sufferers make sense of their pain. In Quest of Alleviation offers patients an intuitive and playful way to not only describe their pain but also games and activities that can give relief using mindfulness or Cognitive Behavioural Therapy. 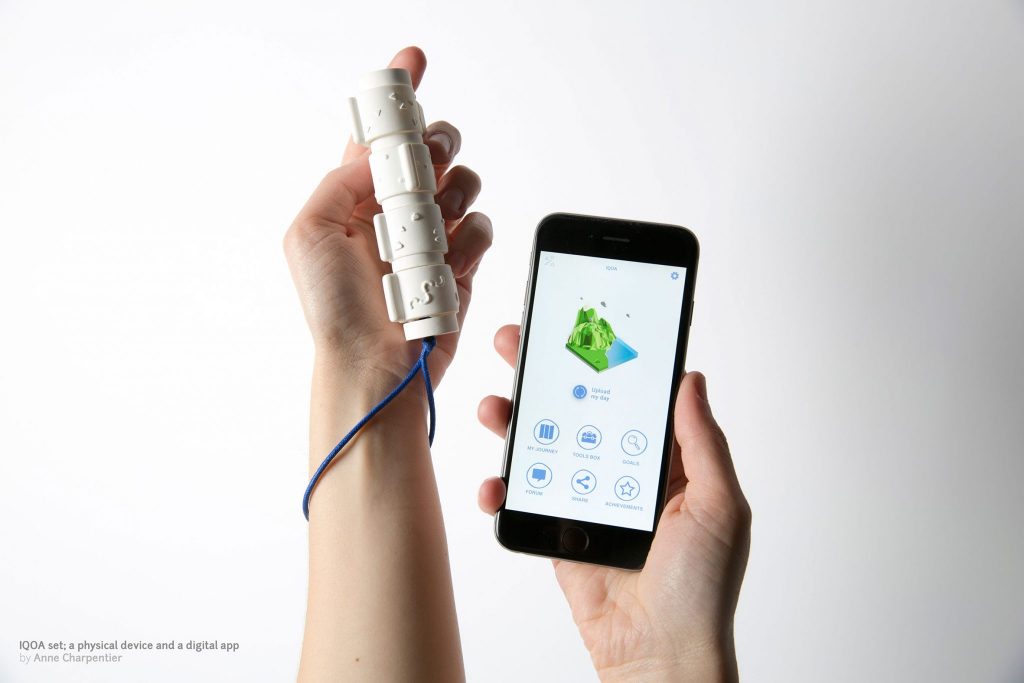 Graduating from BA Performance Design and Practice, Laura Fischer’s own traumatic experience inspired her work teasing out the connections between mind, brain and body creating “a trauma-focused movement language”. Through film and performance, Fischer explores movement as a therapeutic tool. “Most therapies right now, are talking therapies. In trauma, that doesn’t make sense, it’s contrary to the mechanisms of trauma. It’s so important to have a balance both brain and body.” 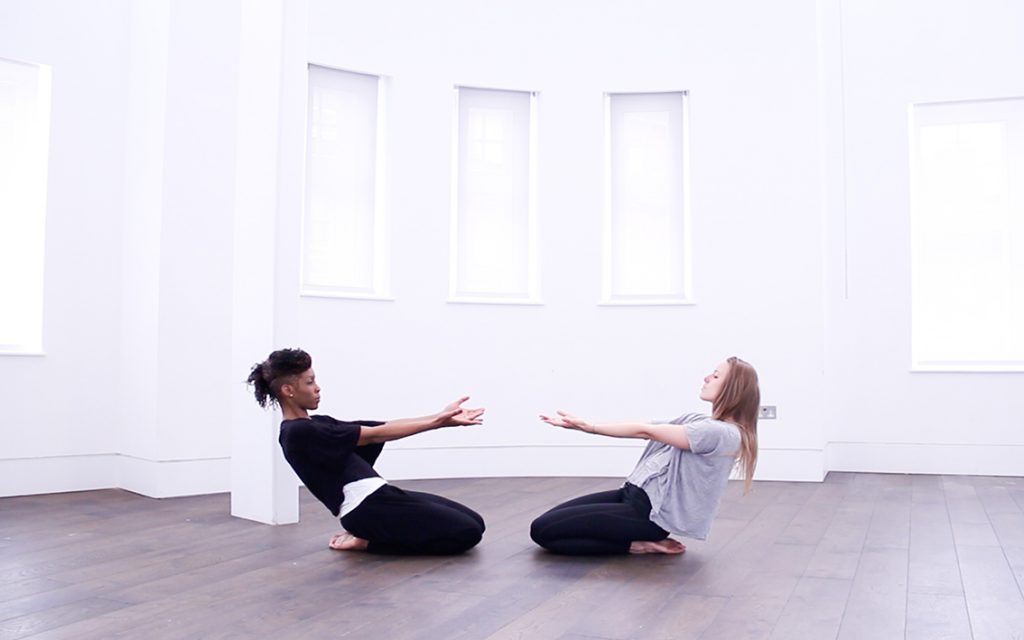 Fischer explains that while some portions of the brain defensively switch off during a traumatic event, the body continues to register sensations and it is this combination of word and movement that is key. What began from her own needs transformed into a process with universal application. “I was having treatment and I asked my doctors “how are we using my body?” Trauma effects the body so much, you’re a vessel of pain. It made sense for me intuitively that we were missing something. Then I researched and realised that it wasn’t an intuition, it was the case.”

Eager to move traumatic experiences from a narrative of shame and stigma to a narrative of strength, Fischer’s work connects not just body and mind, but art and science. Trauma is equal to a failure of imagination, she explains, “having an imagination is key – whether we call ourselves creative or not – because with imagination we can perceive options. Without imagination, one is completely stuck. If creativity can help stimulate non-verbal traumatic memories into declarative memories, we can heal with creativity.”