Every year, the Degree Show design identity is produced by a student or a group of students from our Graphic Communication Design programme. This year, the brief asked them to push the boundaries of design practice to create a strong and distinctive identity that worked across print and digital platforms. Our team of five designers was selected for their living, evolving brand identity driven by data and user interaction. Beginning with the symbolism of a pure, untainted sphere, the forms fluctuated and took on two distinct gradient colour schemes as the shows approached, manifesting the buzz of activity within the College. 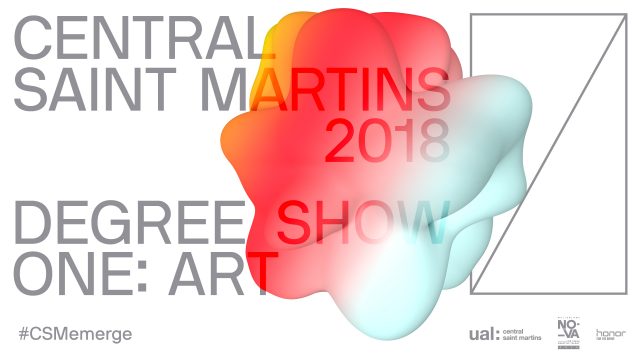 In putting together their proposal, the team of five decided to work together after noticing they had all been exploring new projects and developing skills that would benefit from a collaborative effort. “We knew that if we all worked together, we could create something new and exciting for the Degree Show,” says Chen. “Working as a bigger group obviously brought the risk of more conflicts but it also gave us the opportunity to collectively come up with more ideas and lighten the workload.” Baker adds “We always knew it was going to be a challenging project with it being a digital interactive identity. We came together because we like and respect each other’s work and we are all digitally minded in our approach and our thinking.” 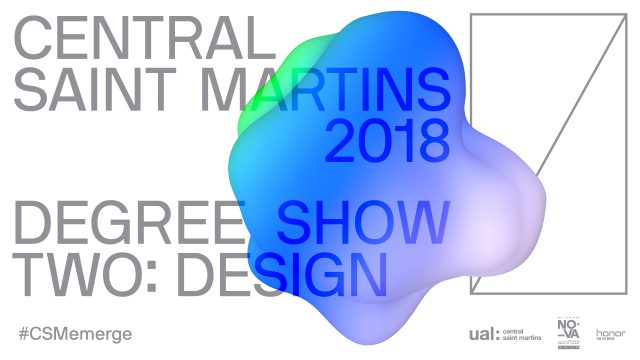 The Degree Show design identity is used across two end of year shows, encompassing eight programmes and over 25 courses. The key challenge our student designers are presented with is the task of creating one identity to represent the breadth of disciplines on offer at the College – from fine art to performance and cultural enterprise to fashion design. “We originally looked at creating a modular identity system based on radical thinkers and practitioners from each of the individual courses, in which assets could be combined to create an overall identity but each module could be a standalone identity for each course,” says Baker. “This progressed to sending out questionnaires to students on their individual practices and beliefs, which could be mapped to variables that effected the shape. But ultimately it was hard to capture and represent individual thinking as a colour or a shape.” 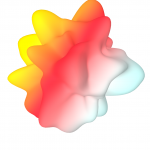 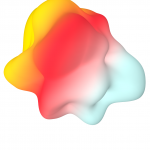 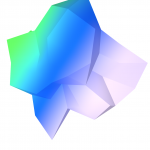 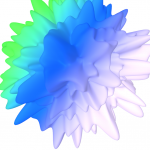 After their initial research, the designers decided it was “more important to capture the energy and excitement building up and during the shows themselves – to create an identity that represented the emerging talent and potential of the graduating students, while allowing students, staff and visitors to interact and feel a part of something as a whole.” Once the Degree Shows opened to the public, visitors, sound, movement and physical interaction affected the identity in real-time. Large screens installed around the building allowed visitors to see their own interactions as they occurred. Tweets and Instagram posts with the dedicated #CSMemerge hashtag caused the shape to immediately pulse or spike. People could also interact with the shape digitally on the College website, seeing the impact of their mouse clicks as the form morphed from a rounded, fluid one to a fragmented, multi-faceted one.

The interactive elements were a key component for the designers: “Movement and interaction brought the identity to life, it turned what started as numbers and data into something living and breathing. We wanted the form to grow with the show and this wouldn’t have been possible with a more static identity,” explains Chan. “We wanted to allow students and the public to directly influence and have control over the form to make them part of the show. From people visiting the website, to students tweeting about their work, this all had an effect on how the form behaved.” 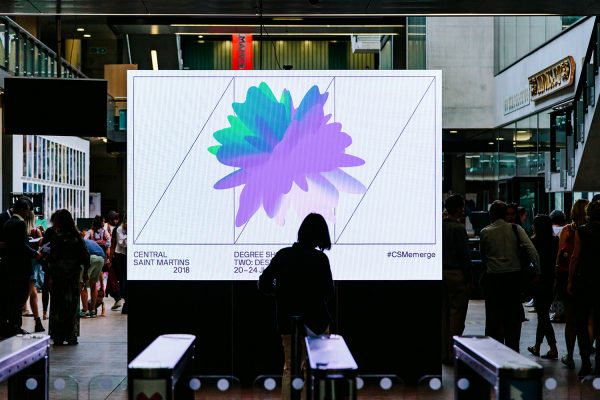 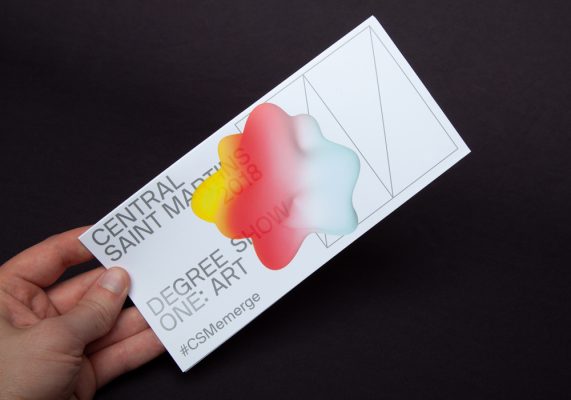 While the fluidity of the identity was perfect for representing the diversity of our disciplines and our students’ output, it also tied together the variety of interests and skills in the design collective. As Andersøn explains “As a group of multi-disciplinarians, I think the fluidity of a non-fixed identity also represented a lot of our goals as designers – not to be typecast as one-dimensional. Early on, we became focused on exploring how people would interact with the shape in a variety of contexts and this allowed us to include a variety of users while representing the diverse creative talent which we were proud to have been immersed in at Central Saint Martins.” But, the defining aspect of the design also presented the biggest challenge: “People aren’t necessarily that tech savvy, they might not have much experience with digital interactions or expect an identity to be interactive. So the difficulty is in making people aware and understand how they can affect it without overly spelling it out. You want the interactions to be authentic and genuine not forced upon people,” says Baker.

Show Two: Design continues until Sunday 24 June. If you’re visiting be sure to check out the #CSMxHonor photobooth experience (located in the Platform Theatre bar) and have your picture taken for a chance to win an #Honor10. Visit @csmxhonor to see inside the experience. Here our living degree show identity, designed by @csmgraphics students, Kendall Slade, Daragh Anderson, Chris Baker, Malone Chen and Ben Chan, adopts the Honor 10’s phantom colour spectrum. See the link in our bio to find out more about the design and watch it move and shift in real time. #csmemerge #AImazing @honorglobal @ukhonor

As part of the inaugural partnership with smartphone e-brand Honor, the designers were tasked with adapting their identity into an android theme and gif inspired by Honor’s new phantom colour palette. “The shape used in the degree show design coincidentally complimented the aesthetic of the Honor 10 really well,” explains Slade. “The colours are very prominent in our degree show design, as well as being a core feature of the Honor 10, so it was easy for us to apply the phantom colours that appear on the phone to our shape.” The resulting designs will be released for download across android phones later this year — complete with themed background and app icons.

After months of working together on such a complex design, the graduating students have been establishing their plans for after graduation. Chan and Chen, who presented their final projects at Show Two: Design under their collective rubric “twomuch”, will continue the development of their studio: “Ben and Malone already have a studio representing their practice going forward and are making some really exciting work,” says Andersøn. “The rest of us are always open to collaborations of this kind and within the career paths we’ve all lined up we’ll be using our extensive network of fellow Central Saint Martins alumni and faculty to come in and out on a host of collaborative projects. As a five, we already have plans to work on some more together. Most of it comes down to timing and the scale and kinds of project that arise.”

Keep an eye out for updates on the release of our team’s android phone theme, commissioned by Honor.