With Degree Show One: Art now at a close, we take an in depth look back at our students’ final projects. MA Photography student Yajing Hu’s part-performance, part-film work Heartbeat, was made in response to her mother’s recent death and has been shortlisted for this year’s MullenLowe NOVA Awards.

Yajing’s Degree Show work grew from the simple action of a heartbeat. As Yajing herself puts it, “Just as every one of us has a heartbeat from the moment we are born, it will also cease at the moment of our death. The heartbeat is our proof that we are alive. Since our heartbeats are ‘natural’, we tend to ignore them as we go about our daily lives. Or perhaps because our resting heartbeats are too slight to be noticed, we only tend to notice them after rapid, intense stimulation. What I’d like to express in my work is that the heart still moves without stimulation; we are alive in the world even if we fail to notice our hearts beating.” 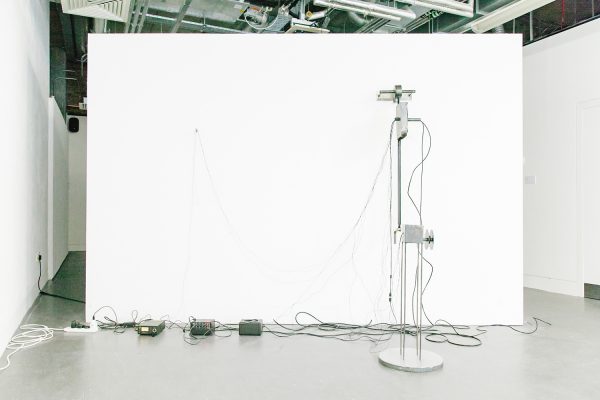 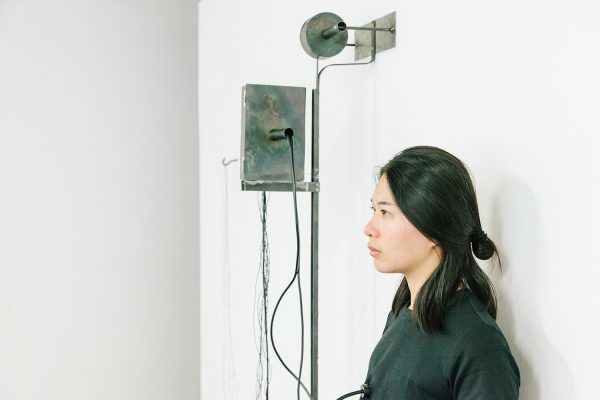 Heartbeat consists of two parts. The first is a series of 30-minute performances, in which Yajing places a sensor over her heart, the rhythm of which is sent to a perforating machine. Per beat, the machine punches a hole into a 100ft strip of 16mm film. This film becomes the fundamental element for the second part of the work, as it is then projected onto the wall, each small, perforated hole flickering on the wall at heart-height. The project was instigated by the death of Yajing’s mother: “On her deathbed, as her breathing was shallow, I couldn’t judge whether she was still living or not. I could only tell by feeling her pulse as I held her hand.” At this moment, Yajing was struck by the symbolic nature of the heartbeat’s relevance to life – something which we all fundamentally understand, but through its invisibility, often forget. 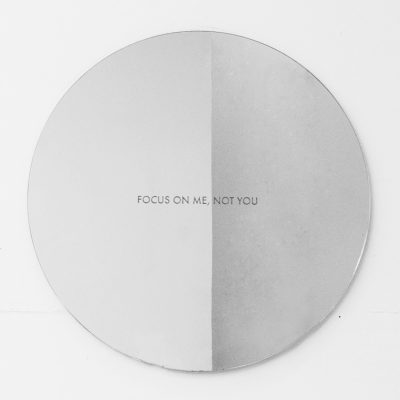 Yajing Hu, Focus on me, not you, Mirror

In her wider practice, Yajing is interested in transitional states, the ‘in-between’ and the dislocation or interstice between our internal processes and our external ones. Refusing the extremes of Ontological Dualism, Yajing makes work which exists in the middle or at the boundaries of things. Using a variety of media, she attempts to reveal the aesthetic sensibility of the in-between spaces, where ambiguity and elusiveness reside.