With Show One: Art about to open, we connect the dots on some of the students’ work as they prepare to share it with the public for the first time 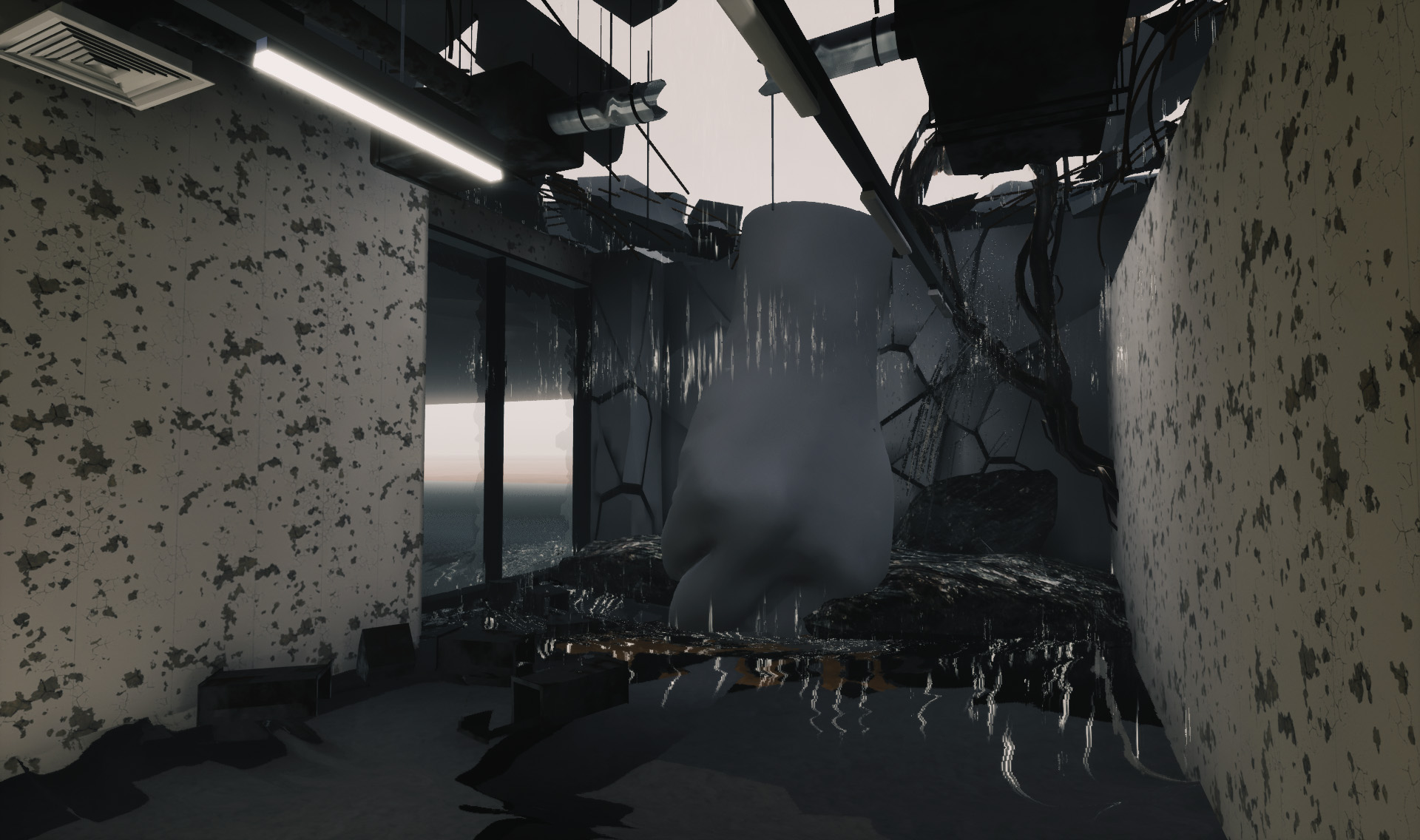 There’s an installation in Show One that turns the degree show into a Russian doll of sorts. Stepping into MA Photography students Ben Marland and Timo Baier’s collaborative work, visitors experience a Virtual Reality (VR) replica of the room in which they are physically standing, complete with versions of their fellow students’ work. However, this virtual space is like no other as the building soon starts to erode around the user until they are left in a post-apocalypse where humans are gone and only the remnants are the works of art.

“What remains of a culture through time is its art. It tells the story of societies past,” says Marland. The idea was inspired by the artistic tradition of the ruin, specifically a painting of the Sir John Soane’s Bank of England as a ruin painted on the eve the building’s completion. But with the introduction of VR technology, the dilapidation happens around the viewer, in front of their very eyes. 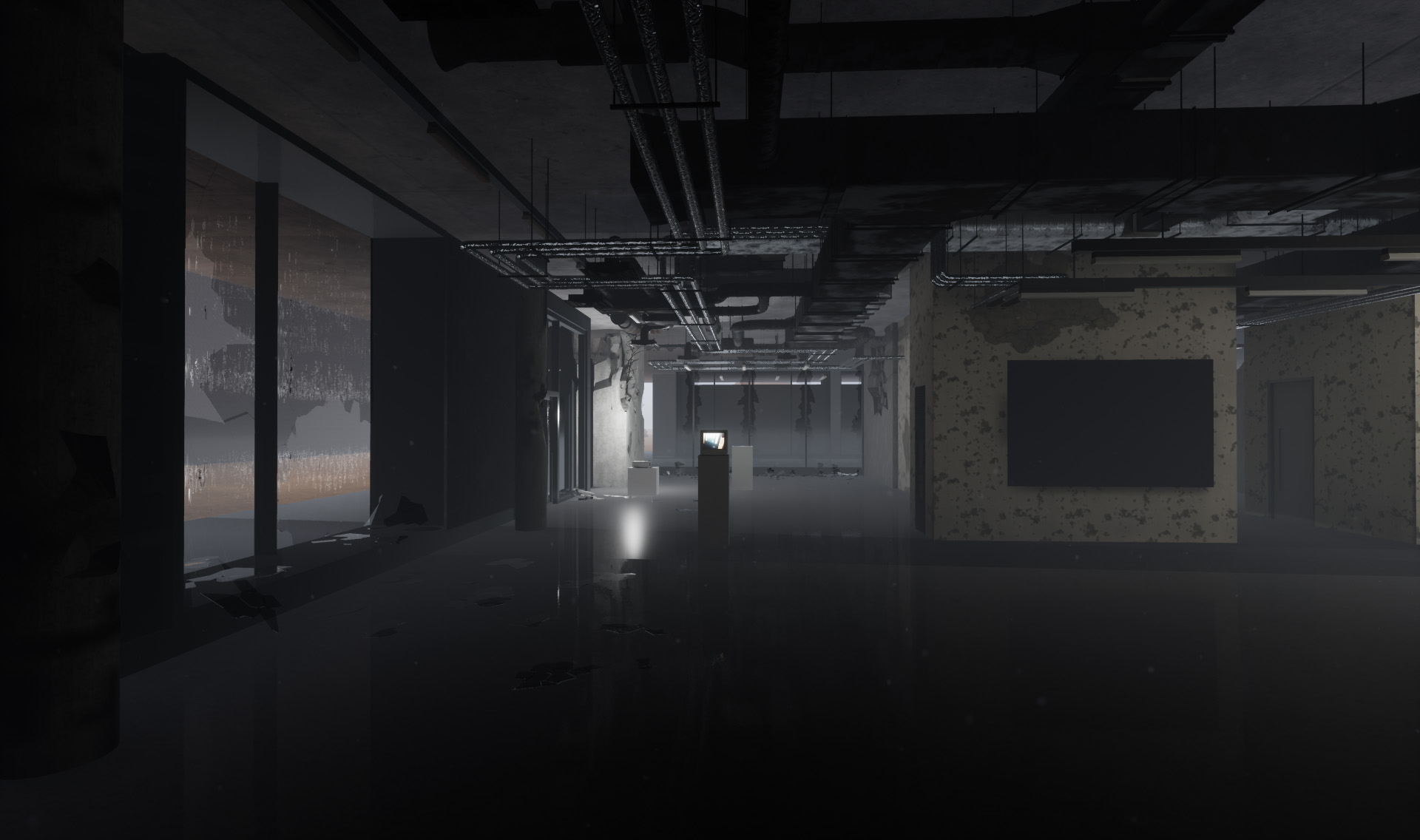 There is, of course, an in-built sense of humour here too, as Baier describes: “I think it’s funny that we talk about art outliving ourselves and make that the topic of our work but once you unplug ours it’s not even perceivable anymore.”

Exploiting VR’s characteristics has been central to the collaboration. “We’re given the power of god, we can make things happen that wouldn’t be possible in the real world,” says Marland, “VR has made its big debut in the arts scene but people are interested in the technology itself and not what it can give us. Painting gave us these representative abilities already, so the important question is what can VR do that painting can’t?”

A particular concern for Baier and Marland was the isolating nature of the medium which often leaves one person wearing a headset transported into their own world with the rest of the audience entirely cut-off. For Future Retrospective, spectators will be offered glasses to, so they can see what the protagonist sees making the installation a shared social experience.

Here VR functions like a memento mori, reminding us of time’s march and our own insignificance, but the work can also be interpreted as a mechanism to escape with current realities. Reflecting on the popularity of the ruin in late 18th century art, Baier says “Romanticism appeared at the beginning of rise of nation states and that period saw a lot of conflicts in Europe and somehow it feels similar now. This idea of nationalism is here again, almost graspable.” Reality is a recurring theme in MA Photography as the medium itself confronts the viewer with the friction of the real and unreal. Ben Lansky, MA Photography, plays with perspective and motion within photographic images to, as he describes “help us imagine a reality in which the sun orbits the earth, windmills rotate the ground on which they stand, and a simple coin toss can turn us upside down.”

In his playful work, our perceptions are questioned. Using familiar imagery, capturing paintings on walls in the National Gallery for example (with an honourable mention given to Holbein’s infamous optical illusion The Ambassadors), Lansky pushes and pulls the known into the unknown.

In a film installation, he uses footage found on Youtube where objects move through the frame, from planets to gymnasts, and he re-stabalises the image so instead the frame moves around the object. It’s a disorienting effect and one that, again, takes the familiar and transforms it into something alien, untrustworthy even. For Lansky, that is partly the point, “we’re so used to photography,” he says, “we take it as truth but we manipulate it. It’s a single point perspective showing us one truth when actually there are many.”

Questions of truth and fiction aren’t reserved for photography though. Nathaniel Faulkner, BA Fine Art, presents two monolithic sculptures in Show One: the first a replica of IBM’s Deep Blue computer that beat chess master Garry Kasparov and the next a replica wall from a scene in from Star Wars. 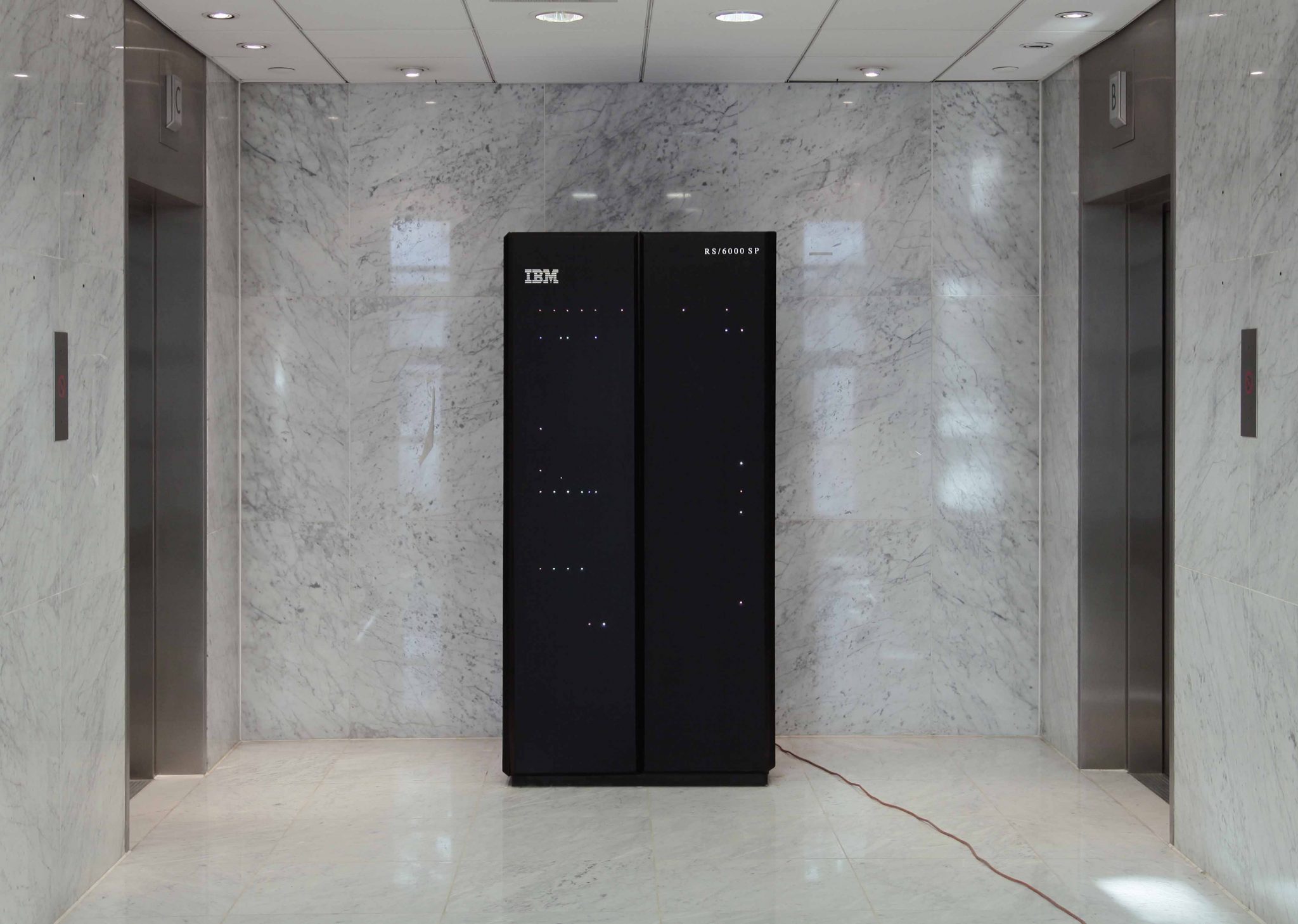 Deep Blue came from Faulkner’s interest in the stories of cargo cults in Melanesia where native societies interpret Western goods for ritualistic purposes. So stands Deep Blue, a monolithic sculpture in black powder-coated steel, part-replica, part-relic and part-totem. The machine aesthetic is immediately undermined by a look around the back, a bundle of Christmas lights sello-taped to the perforated steel is in fact what gives the object its seeming sentience.

At its root, Deep Blue is an impressive exterior with an almost-pathetic interior. For Faulkner, this stark juxtaposition is central, reflecting his own questions about the value of knowledge. “It has to do with the construction of a scientific fact,” he says referencing Bruno Latour’s writing as a key influence, “organising the natural world, even if that’s not rooted in our science, that has a value of its own… There are social factors at play during the construction of scientific fact because they are displayed as pulled out of truth. As though they come from a golden place. There’s no fact that is separate from its fabrication.”

The questioning of fact may feel de rigeur in a post-truth era, but these works of art serve to emphasise both the subjective nature of our lived experience but equally the precious collective nature of reality.

Nathaniel Faulkner and Ben Lansky are nominated for the 2017 NOVA Award.