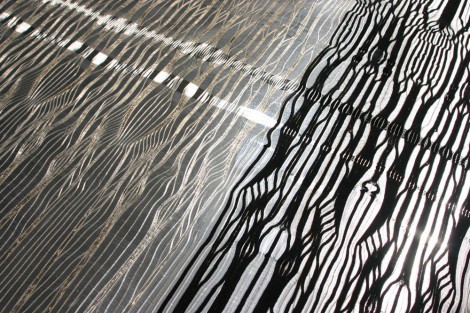 Rita received the award for her most recent works X-Ray Vault Series I and II, a development on previous work investigating the movements of the warp during the weaving process. This time, Rita focuses on the manipulation of a monafilament warp to construct pieces that take on a skeletal structure recalling her studies of the fan vault structure of the nave at Norwich Cathedral.

The Peter Collingwood Trust Award  is a prestigious award for textiles and fashion designers, set up by the family of Peter Collingwood following his death. Each year the trust awards a grant of £1000 to the person who has shown the most innovation relating to a loom-based textile.