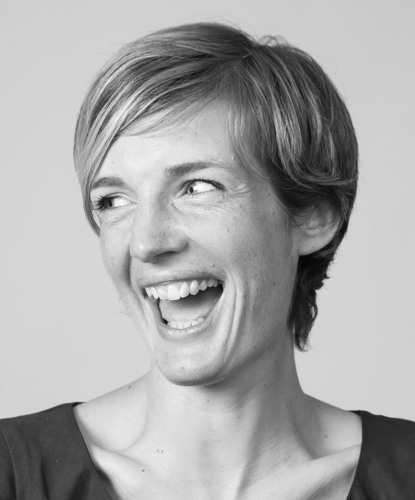 We spoke to her about what her role will involve, who she’ll be working alongside, and other exciting projects she’s working on at the moment.

Please explain a bit about ico-D, and what they do?

ico-D are the recently formed International Council of Design. Their remit is to be an advocate for design in all kinds of ways.

It’s an international organisation, so while recognising the differences in how design is framed, and design policy, and cultural and societal nuances of design around the world, it’s also there to provide a voice that can represent the diversity of design, but really advocate for its value. It’s about how design can be harnessed and should be an integral part of making the world better.

What will your role involve?

ico-D has two platforms, one is a professional platform and one is educational. I’m going to be sitting on the ico-D board, but my main responsibility is going to be within the education platform. It’s a great international community; the people who are members of ico-D are from all around the world and from very different sized institutions, tackling design in different ways and tackling all aspects of design, from graphic design to industrial design.

It’s a broad spectrum. It’s an organisation I think which under this new title, is really hoping to be playing a more foregrounded, visible role in advocating design.

Have you worked with ico-D before?

Yes – Central Saint Martins and UAL joined as members a couple of years ago. I went to an education platform in Hong Kong and it was a really interesting series of debates and provocations that were explored there and through that, my interest was sparked.

Getting to know members of the board and getting to know other colleagues, you got to know what the opportunities are. So we’ve been involved with them a little bit, but through my appointment I’m hoping that we will have a chance – not just as CSM, but as UAL – to be more involved more broadly.

Tell us a little about some of the interesting people you’ll be working with.

David Grossman, the president at the moment, is a very highly respected educator from Israel and the US. I find him particularly inspiring because he brings the experience of having run an independent art school in Tel Aviv with a very international perspective. He’s a really dynamic and committed individual to be leading the organisation.

I’ve also got colleagues from Australia and Turkey and South Korea. Everybody brings a deep commitment and a passion, but what’s most interesting is where we’re different as well.

I’m just about to go to the first board meeting in Montreal, where ico-D have their HQ. I anticipate there being the same heated discussions that there were at the education platform, and I think that’s what’s really interesting – that not everything’s easy – otherwise we’d be advocating brilliantly already. That makes for a really interesting organisation I think.

Are you working on anything interesting at the moment?

Yes! I’m the co-founder of an independent publishing company called GraphicDesign& alongside Lucy Ann Roberts who is an alumnus of CSM and is our visiting fellow at the moment.

We’re working on two projects at the moment. The first is a very eccentric title that has been in development for a long time and is a book on Graphic Design and religion, looking particularly at the nun’s habit. We identified that the habit has a kind of graphic code to it that has developed over history. The stories that run alongside and inform its development are fascinating from gender, sociological, cultural, and religious perspectives.

The project that is most exciting is one we’re doing with the Wellcome Trust. We’ve been invited to curate an international touring show on Graphic Design and health and we’re using their archive and a large number of contemporary case studies to explore the way in which graphic design saves lives.

The show is provocatively called ‘Can Graphic Design Save Your Life?’ and there will be an accompanying book. It’s being developed in association with CSM and will open at the Wellcome Collection, with some satellite events happening around the college, in summer 2017.