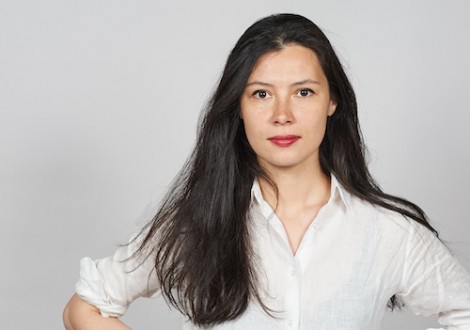 Last year Milya entered Sense into the annual Mayor of London Low Carbon Emission Awards, a competition for London-based students who have come up with the low-carbon concept. 256 applicants were narrowed down to ten finalists, and Milya was one of these ten finalists invited to present their idea to a panel at City Hall this week where a final winner was selected.

We attended the ceremony to speak to her about Sense, and about some of the challenges and learning curves she’s experienced while working on this project.

Congratulations on getting to the final. How has your day been?

It was really good, I was a bit nervous at the beginning, not due to talking but waiting as we came in at 8am and the review starts only at 10 and I was presenting at 11 something so I was nervous, but at the same time it’s good to have all these people around to talk to.

Is pitching an idea to a panel something you’ve done a lot before?

At CSM we were taught how to present a pitch, and I think this helps a lot because I didn’t feel as nervous as I was expecting myself to feel. It was fun to talk to people and tell them my idea, and pretty much just like talking to my tutors about a brief.

How did you first find out about this award?

I applied a year ago with another project which didn’t work out. Last summer, after the Degree Shows, Kat from the Mayor’s Low Carbon Team saw my work and suggested to apply with Sense.

Can you tell us a bit more about Sense?

Sense is a haptic navigator that guides through tactile feedback. The way it works is you have a small device in your palm, and it has a rotational bead underneath. Skin on the palm of your hand is very sensitive and you can feel whether it goes left or right and the device guides you.

How did that idea come about?

It was a self-initiated project I did in third year. My idea was to look at disabled people, not from the position of being disabled but through being different, and learn something from them, and bring that to wider society. I then decided to explore tactile sense, one of the lesser used senses. 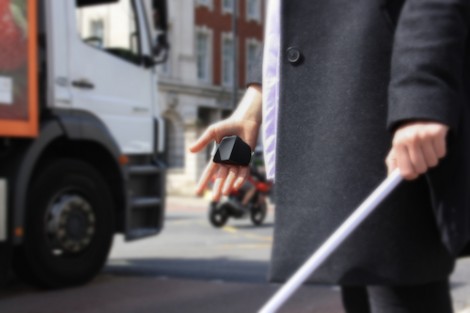 Did you go out and talk to people to generate ideas?

Yes, while I was doing an internship at Royal National Institute of Blind People in Euston I was interviewing people there, what kind of difficulties they found, how they worked around it, and through that I came to an understanding of what their situation is about. I became friends with a guy there, and through in-depth conversation he gave me a lot of interesting information, which you can’t find within any paper or through doing brief interviews.

Have you managed to try it out yet?

I began by testing it out with my classmates, and the first user was one of my classmates. I got very good feedback which was exciting, and then I tested it on blind people, again very positive, as well and then again during the conferences people will test it and give feedback. All these people giving responses to your idea all the time is great as it gives you ideas on where to take it further.

What challenges have you faced along the way?

Working with blind people is quite a difficult process as because they’re considered a vulnerable group of people, to work with them through a professional organisation you have to have a criminal check. So I had to wait for a month for that, and when you start your project in October and you need to deliver a result in February and you don’t really have time to wait for this stuff.

Another difficulty was that I had to use Arduino, an open-source electronic prototyping platform, and I wasn’t fully familiar with that, but we had a workshop at CSM, which was really helpful.

Where are you going to take this project from here?

I’m going to develop the next prototype which will be connected to Google Maps and then apply to other competitions which are more relevant to disabled people. 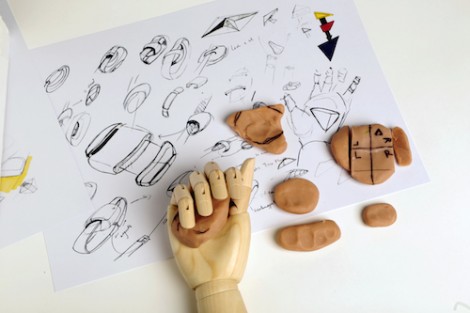 What have you learned from the process?

It makes you feel more important, being in City Hall, looking to Tower Bridge. All the finalists are really smart and they care a lot about their work. Talking to the previous winners has really encouraged me to take this idea further. It’s nice just being surrounded by really nice, brilliant, motivated people.

Are you working on any other projects currently?

At the moment I’m working with a startup that are working with electronics for children. It’s pretty exciting – it’s more like a CSM brief but for a real client, and real people asking for a result.