Celebrating its tenth anniversary, our annual Postgraduate Art Auction returns tonight. We’ve noticed a few of our students and alumni are inspired by current political issues so here we share a few of our favourites. 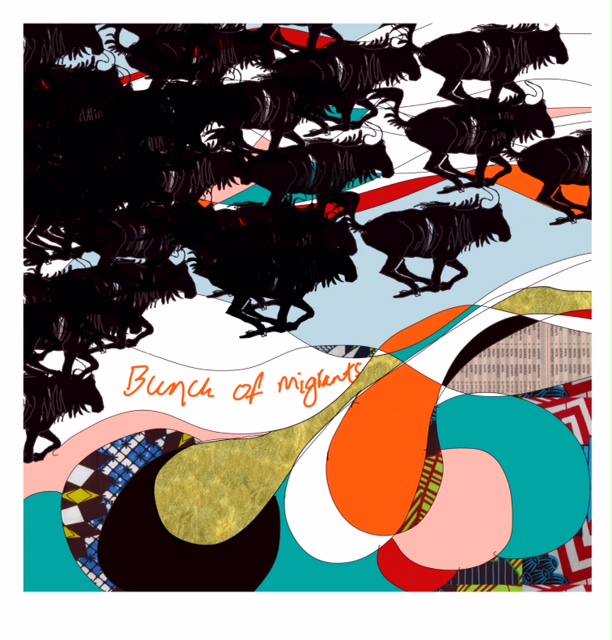 Bunch of Migrants by Yinka Shonibare MBE (lot no. 7)

Earlier this year, during a Prime Minister’s Question Time, David Cameron referred to people living in the camps at Calais as a “bunch of migrants”. The statement was reported across the media and his use of language was widely rejected. Yinka Shonibare’s donation is a direct, humorous response to this quote by the former Prime Minister. Depicting a herd of wildebeests stampeding across the page, using the phrase “Bunch of Migrants” as its title. 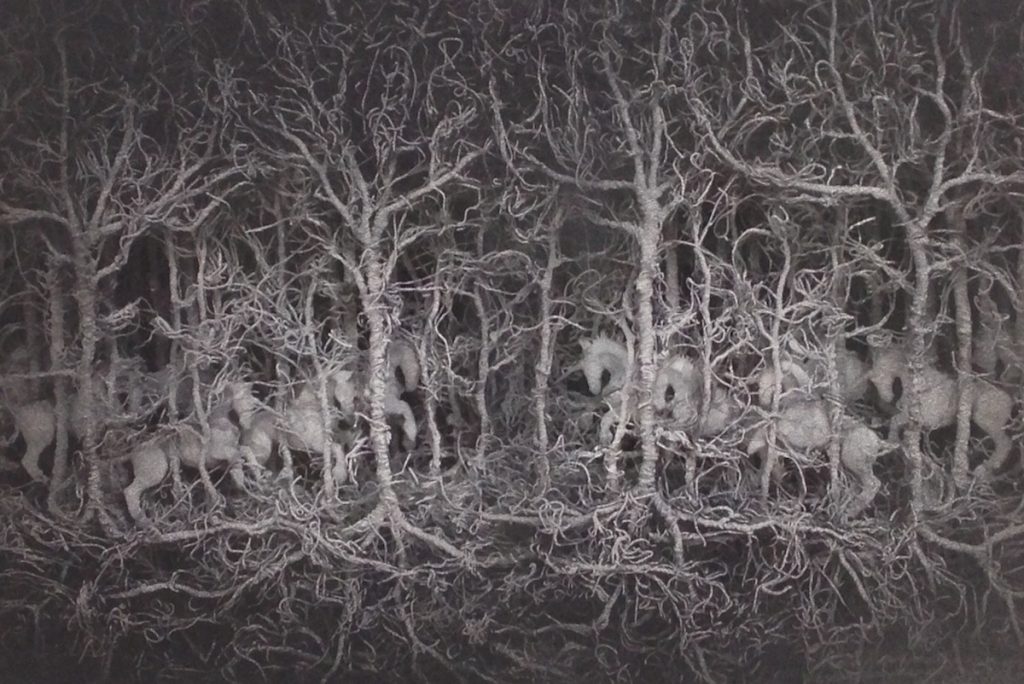 “All you can do with Art is open some doors in peoples’ minds to remind them of what they already know. To do that I try to use beauty as the beguilement.” 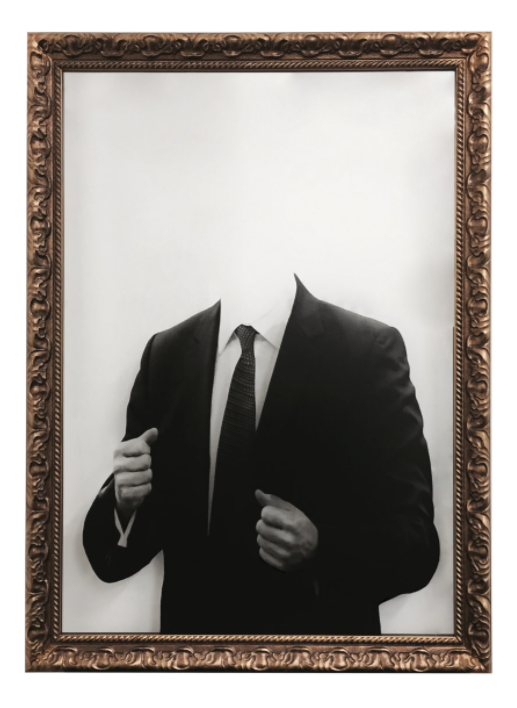 ‘Leader’, her work in the silent auction, is taken from a series produced in her first year at Central Saint Martins. It depicts leaders of the G7 countries presented as a headless figures, not only avoiding direct recognition but also to take the focus away from the leader’s personality, playing on the importance of political portraits as symbols of loyalty. Using third party photographs taken during political rallies and talks, Kachalova carefully selects them for their authoritative stances. 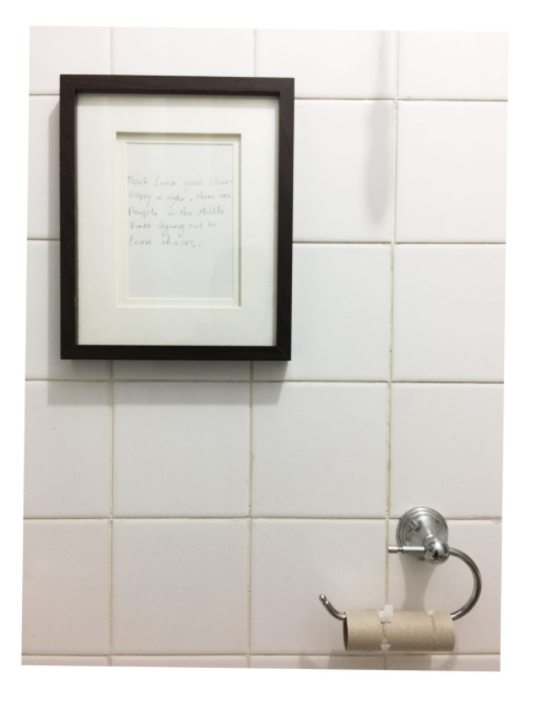 “Don’t keep your chairs empty at night, there are people in the Middle East dying not to leave their chairs” states Walid Al Wawi’s (MA Fine Art) donation.

Drawing attention to contradictions between domestic policy and the general attitudes of families within the Middle East, Al Wawi’s presents us with a satirical iteration of a phrase commonly used by Middle Eastern mothers, “don’t waste your food, there are hungry people in Africa” is reworked. 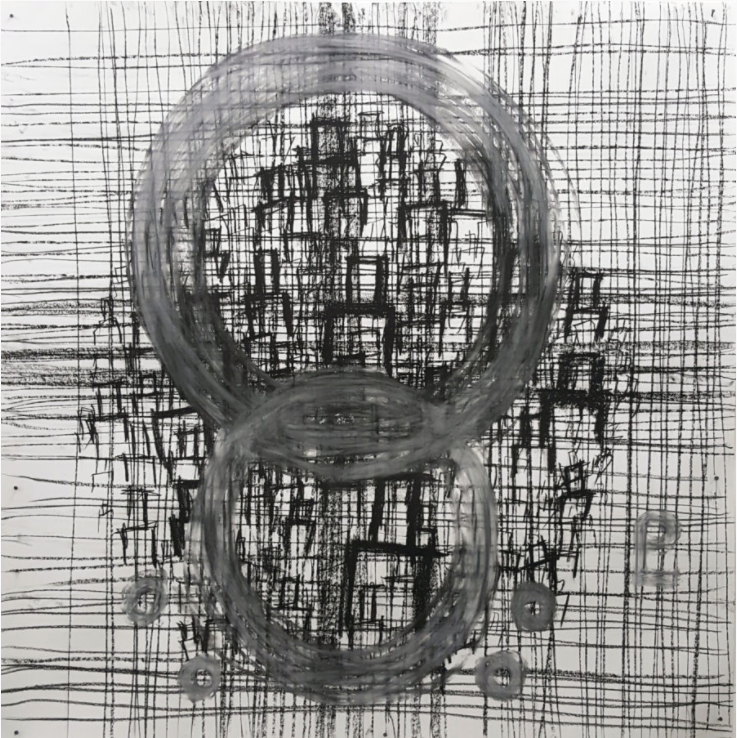 Self-portrait with Pluto by Dejan Mrdja (lot no. 33)

“We live in the time of revelation. It becomes glaringly obvious that every life choice we make is based on consumption, exploitation and eventually eradication of natural habitats, species and human communities.”

Lot number 33 in the Silent Auction, Dejan Mrdja’s detailed charcoal drawing addresses a political and environmental existential issue: human actions are destroying the planet. Referencing classical Greek mythology, Mrdja uses Pluto, the ruler of the underworld, as the centre point of the piece.

The Postgraduate Art Auction will take place from 5pm tonight in the Lethaby Gallery, visit the auction’s website to view the full set of donations.