Two projects from the Product, Ceramics and Industrial Design programme bring the past and future of design into focus

For Objects That Talk, a current Window Gallery exhibition, staff and alumni have contributed meaningful things from their personal collections. Among the chairs, toys and notebooks are four phones, a surprising recurrence across 65 objects. More surprising, perhaps, is that half are Nokia mobiles from the early 2000s.

How has this particular piece of technology come to mean so much? Alumna of the PCID programme, Despina Hadjilouca has a personal take on her 1600 Ultrabasic phone. A hand-me-down from her sister, the phone has become an essential part of her everyday routine: “It was never the plan to keep it for so long. It was not a statement – using a non-3G, non-4G phone in the era of smart phones, it just happened. It is the most reliable device I own and I will be heartbroken when it finally breaks down.” 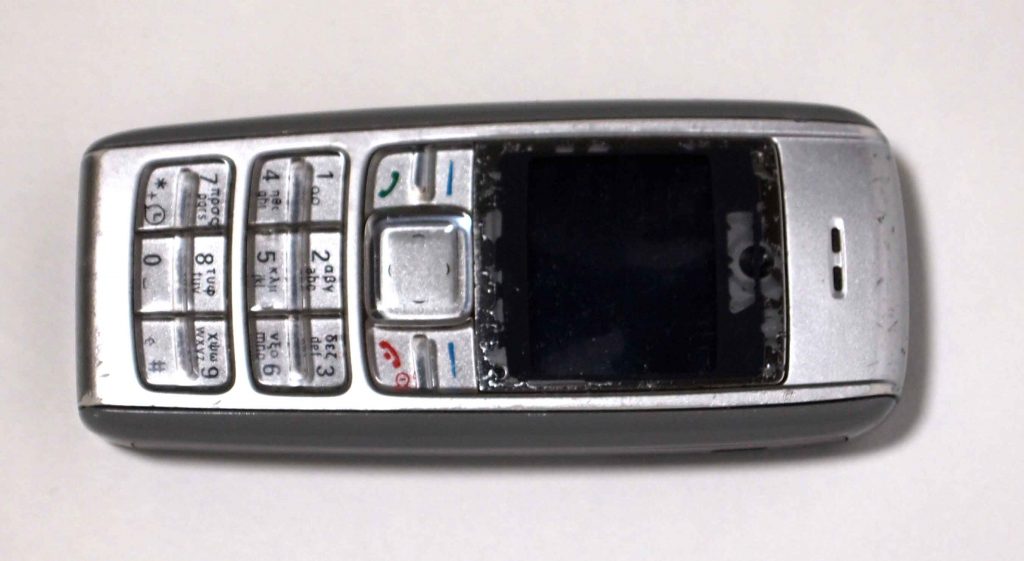 Mobile phones have become our daily pocket companions, and though the prevailing culture of upgrading technology might emphasise a pattern of obsolesce there is an alternative story of stalwart stability. Paul De’Ath, Course Leader of BA Product Design, explains that his 3310 handset – also on show in Objects That Speak – has never failed him. It is this particular design of which Nokia recently announced the relaunch.

For De’Ath it represents “a phenomenal race to the top; a time when design was driving the desire for new technology and where diversity of ideas was encouraged. Mobile phones were, due to their relative accessibility, replacing cars as the item that would communicate the values and attributes of the owner. The Nokia 3310 was the ubiquitous device that changed future telecommunications for many people.”

Mobile phones have become not only everyday tools but also intimate expressions of our values and tastes. Though still a device through which to contact and connect, the mobile phone has become the smart phone, and its functions grow and grow. Telecommunication giant Huawei approached Central Saint Martins to challenge students on both MA Industrial Design and MA Design: Ceramics, Furniture, Jewellery courses to reimagine the future of smartphone accessories by interweaving technology design and fashion into one object.

“A phone is something that we’re so used to now,” says Nick Rhodes, Programme Leader of Product, Ceramic and Industrial Design, “a smart phone is so much part our lives that it has almost become invisible. And it’s not until you get a project like this that you really get the opportunity to stop and think about the implications of the smart phone and its impact on life.”

The brief was focused on “The New Aesthetic”, a concept that Mark Delaney Head of Huawei London Design Studio explains as “the intersection of technology, fashion and design… as technology becomes more immersive and people live surrounded by it, they want products that reflect their lifestyle and that’s what we’re looking for.”

With the future-gazing brief in hand, the students set about exploring the territory of The New Aesthetic. The winning team Spectra – comprising Stef Liu, Daniel Mutis, Joshua Rose and Lisa Stolz – created a device that not only pushed what a mobile phone physically is by fusing it with jewellery, but also pushed how the technology intimately mediates our experience of the world around us. By scanning colours in their environment, Spectra transforms surfaces into sound in real time, allowing the user to collect sounds and create music as a way to document their experiences of a place. 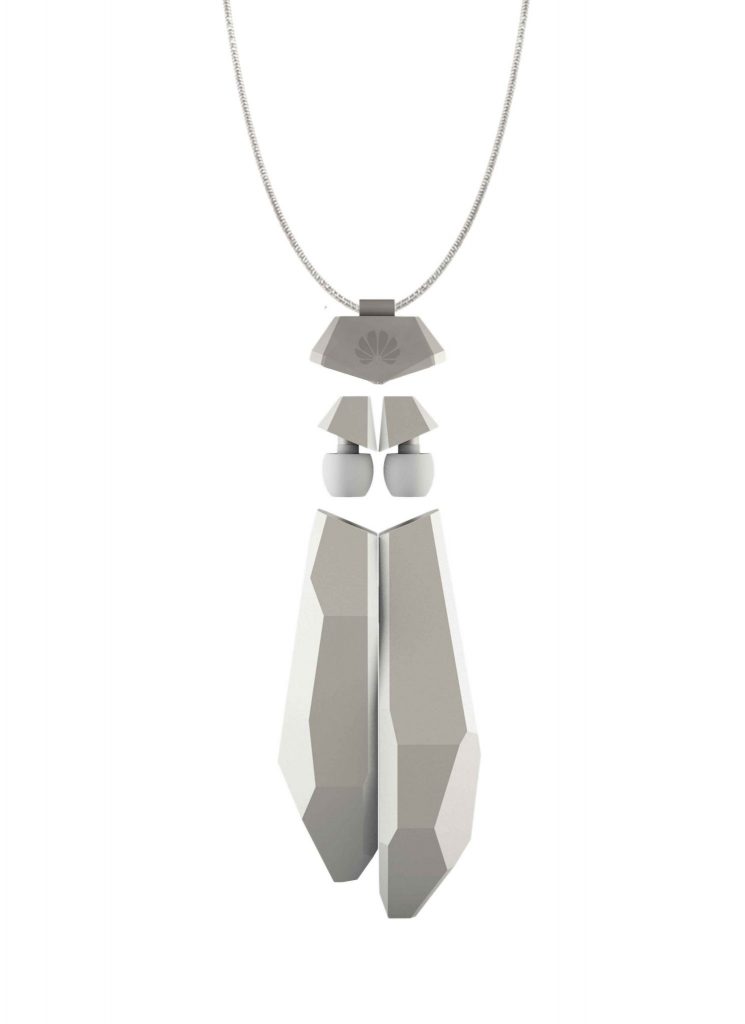 As Rose explains: “We felt that The New Aesthetic was something more multi-dimensional, and that it represented people who are constantly taking inspiration from their environment and expressing themselves in multiple ways, whether it be fashion, music or photography.”

For Huawei, Spectra impressed with its broadness of thinking. The winning design, as David Kim, Huawei Brand Director says, opened up the concept of The New Aesthetic “into the next dimension… Innovation is not always coming from the labs, and that is why we are privileged to partner with all these emerging enthusiastic and inspirational talents from Central Saint Martins.”