The Central Saint Martins Museum and Study Collection receives many wonderful donations to its collections, adding to its range for students, staff and the public. Here are two of the latest additions available for viewing and research in the Study Room.

Dora Billington was an influential 20th century ceramist, with an extensive knowledge of glaze technology and the history of ceramics. The Museum recently received the gift of two boxes of paper packets containing pigments from the 1920s onward used by Billington, following their display in the recent Lethaby Gallery exhibition Craftsmanship Alone is Not Enough. Billington taught pottery at the Central School of Arts and Crafts from 1919 and became head of department in 1938. 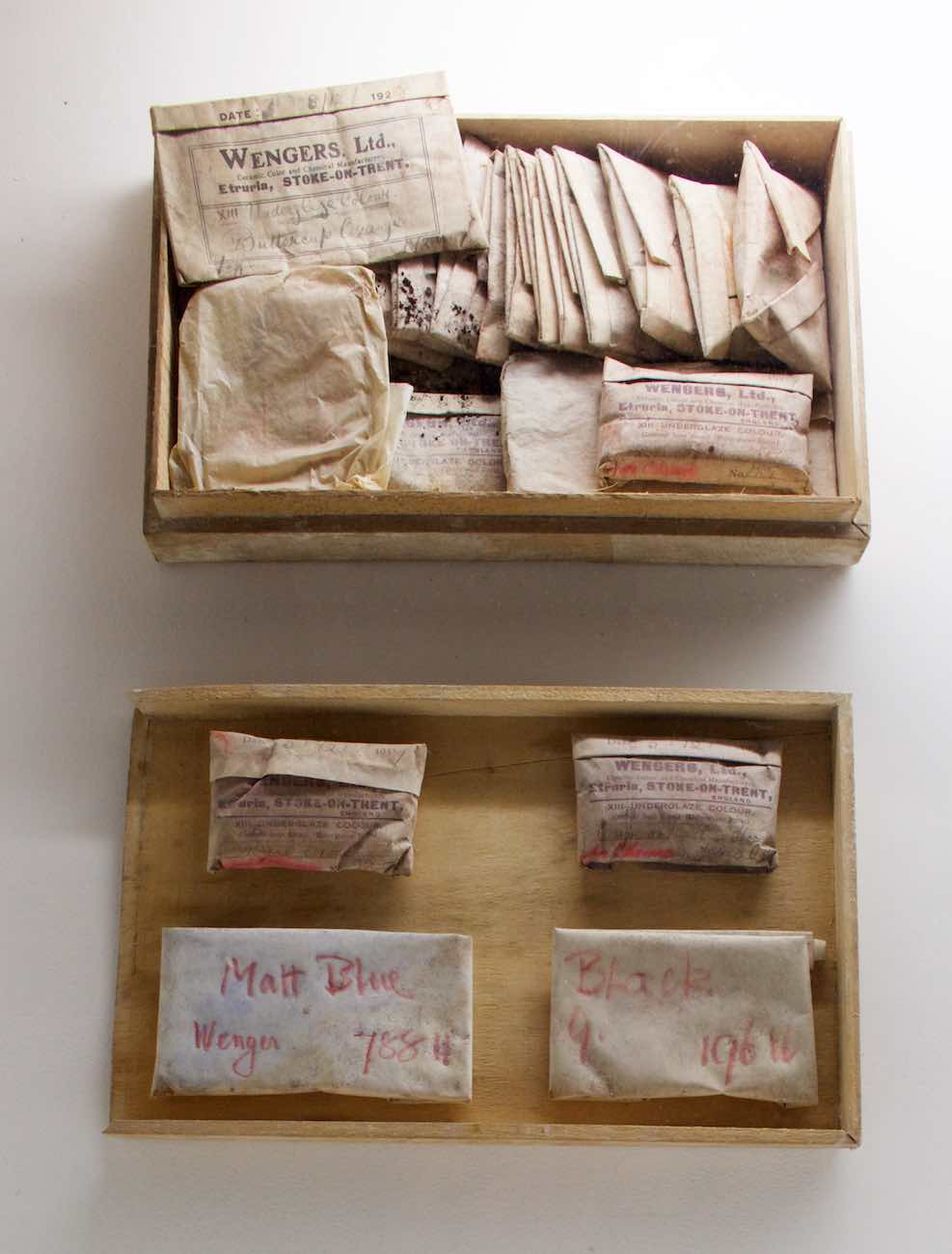 Originally the colours and boxes passed from Dora Billington to Ian Auld (technician and teacher at the Central School), then to his wife Gillian Lowndes, and on to Jenny Lowndes and Ben Auld, who kindly donated them to the Museum and Study Collection.

Another new acquisition highlight is material by William Johnstone and Nigel Walters, a small archive also relating to the Central School. Johnstone was Principal of the Central School from 1947 to 1960, and invited Walters to join the school in 1948 as a lecturer in furniture design (Walters would later become Head of Interior Design and Furniture in 1958).

The archive contains two original ink abstract artworks with additional folios, pamphlets and catalogues of work by Johnstone, and a few folders of notes and lesson plans by Walters showing his interest in dissection studies and mathematical concepts. This material was generously donated by the daughters of Nigel Walters, Charlotte Cowlishaw, Harriet Walters and Chloe Walters, who also recently donated other work by Walters to the V&A.