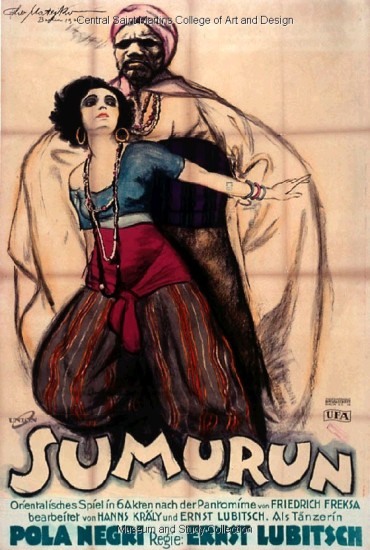 As part of the Strangelove moving image festival, our Museum and Study Collection will be celebrating its links to the silver screen.

The exhibition German Film Posters: 1918-1922 will showcase the Museum’s silent film posters in our window galleries from 16 March to 10 April. The posters shed light on developments in graphic design, but also on political and social conditions of the time.

These posters tell the stories of the era – from stammering actors driven to suicide on the advent of the talking pictures, to stars fleeing the Nazi regime only to be blacklisted in McCarthy’s America.

On Wednesday 18 March at 1pm, Dr Paul Rennie will be in the Lethaby Gallery speaking about the exhibition. Rennie is a design historian with specialist knowledge of German film posters. Turn up early for this free public talk. 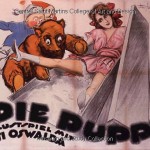 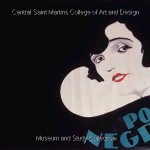 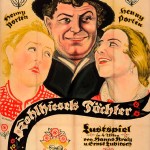 At 7.30pm on Thursday 19 March, The Cabinet of Dr Caligari will be screened in the Studio Theatre. One of the most influential films of the German Expressionist movement, it has a surprisingly modern aesthetic.

The Cabinet of Dr Caligari will have live musical accompaniment from musician Matt Harding. He has given the score a contemporary feel, using field recordings, samples and electronic instruments alongside a guitar and keyboard. This event is ticketed and advance booking is recommended.

The Museum will also run two free events for staff and students. On Wednesday 18 March, there will be a screening the 1921 comedy romp Wildcat in room C303. Then, on Thursday 19 March from 3-5pm, a Secret Pianist event will take place on The Street. This will give people the chance to play along with the silent film Sumurun, as musicians would have done during the original 1920s screenings.