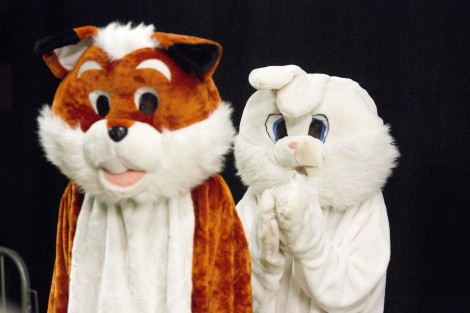 Following last year’s success, Friday saw Metaphonica return to The Street for a night of musical experimentation. Featuring performances from artists, musicians and collectives, the event celebrated the increasingly blurred boundaries between art and music.

With 24 acts ranging from internationally celebrated musicians to alternative performance pieces from CSM staff, alumni and students, experimental music was celebrated in full force. Students took to The Street, balconies and studio windows to catch a glimpse and dance along to the noises and sounds throughout the night.

What a night! So proud of all the students who performed. So much potential for the future. One of the weirdest and most wonderful events I’ve ever been to. Let’s do it again. – (Dan White, Curator) 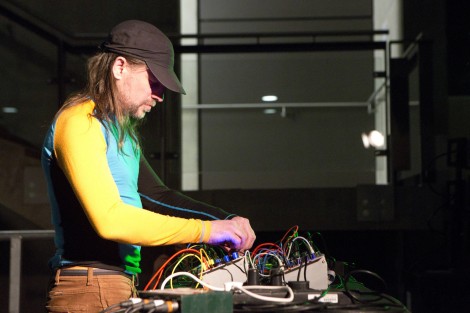 Headlining the show, renowned noise musician and artist, Russell Haswell embodied the Metaphonica manifesto, demonstrating the intertwined relationship between art and music. Having exhibited alongside the Young British Artists and other international artists, Haswell has an extensive background in the arts, a trait that is clear throughout his music. 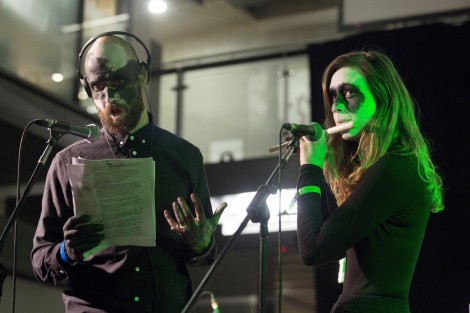 Mia Taylor joined Art Programme Director Alex Schady on stage for a shirking operatic performance of the Student Handbook, accompanied by mesmerizing visuals of the two mimicking the sound of the screeching notes from Mia’s flute.

Commune, a duo comprising of electronic musician Uberere and artist Camille Leherpeur, returned for another year of Metaphonica continuing their provoking collaboration between music and art. Leherpeur, a current MA Fine Art student, conducted the crowd with blue velvet covering his face and metal slat platform shoes that grated against the stage floor in time to Uberere’s considered beats.

Throughout the evening, Alex Schady took over the Central Saint Martins Instagram account providing followers a behind the scenes insight into the preparations and performances. Head to @CSM_News to view more videos and images from the evening and check out the gallery bellow. 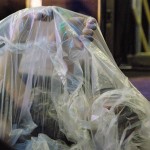 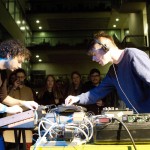 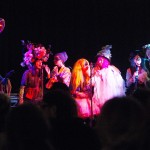 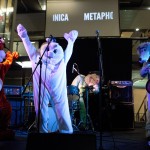 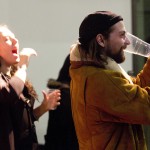 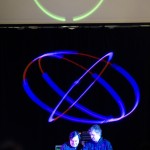 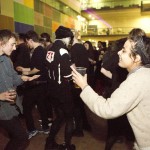 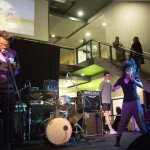 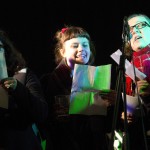 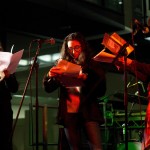 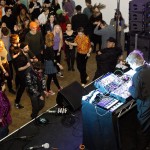 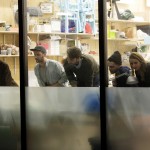 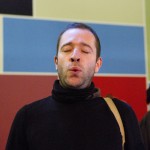 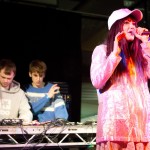 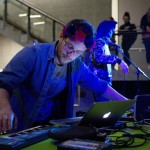