A collection of work by esteemed cartoonist and CSM alum Mel Calman has been generously donated by Calman’s family to the College’s Museum and Study Collection.

Best known for his ‘Little Man’ cartoons, Melville (Mel) Calman’s work featured across the Daily Express, The Sunday Telegraph, The Observer, The Sunday Times and The Times. Calman studied illustration at St Martins School of Art before becoming a freelance cartoonist in 1956. His varied career included working as the resident cartoonist on BBC’s Tonight programme and designing adverts for Shell. Later in life, he became a champion for his medium and co-founded the Cartoon Arts Trust, the organisation behind the Cartoon Museum in London. 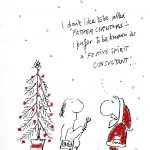 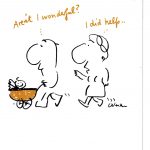 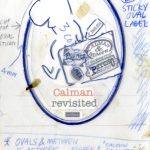 The ‘Little Man’ character was, like Calman, at times prone to depression and it’s Calman’s ability to find humour in otherwise dark scenarios that makes Little Man so appealing. His wry take on modern life gives this sometimes introspective character a broad resonance in his tackling of inner turmoil and strife. Calman also had a great interest in psychology, which shines through in his work, with references to the human condition and analysis in his strip cartoons and ‘Dr Calman’s Psychoanalysis Book’, published in 1981.

The donation of Calman’s work includes sketches, mock-ups and hand drawn dummies for books and cartoons as well as the finished article. The collection gives a great insight into his working method, exhibiting his use of rough coloured pencil combined with his delicate but confident line drawings.

“We’d like to say a huge thank you to Calman’s daughter, Stephanie Calman for this generous donation. Calman’s thoughtful and humorous work is a very welcome addition to the CSM collection. They’re a huge hit with the Museum staff and will no doubt delight future generations for years to come.” – Museum and Study Collection

The archive will be available to view via the Collection’s online catalogue and in person. Visit their website for details.