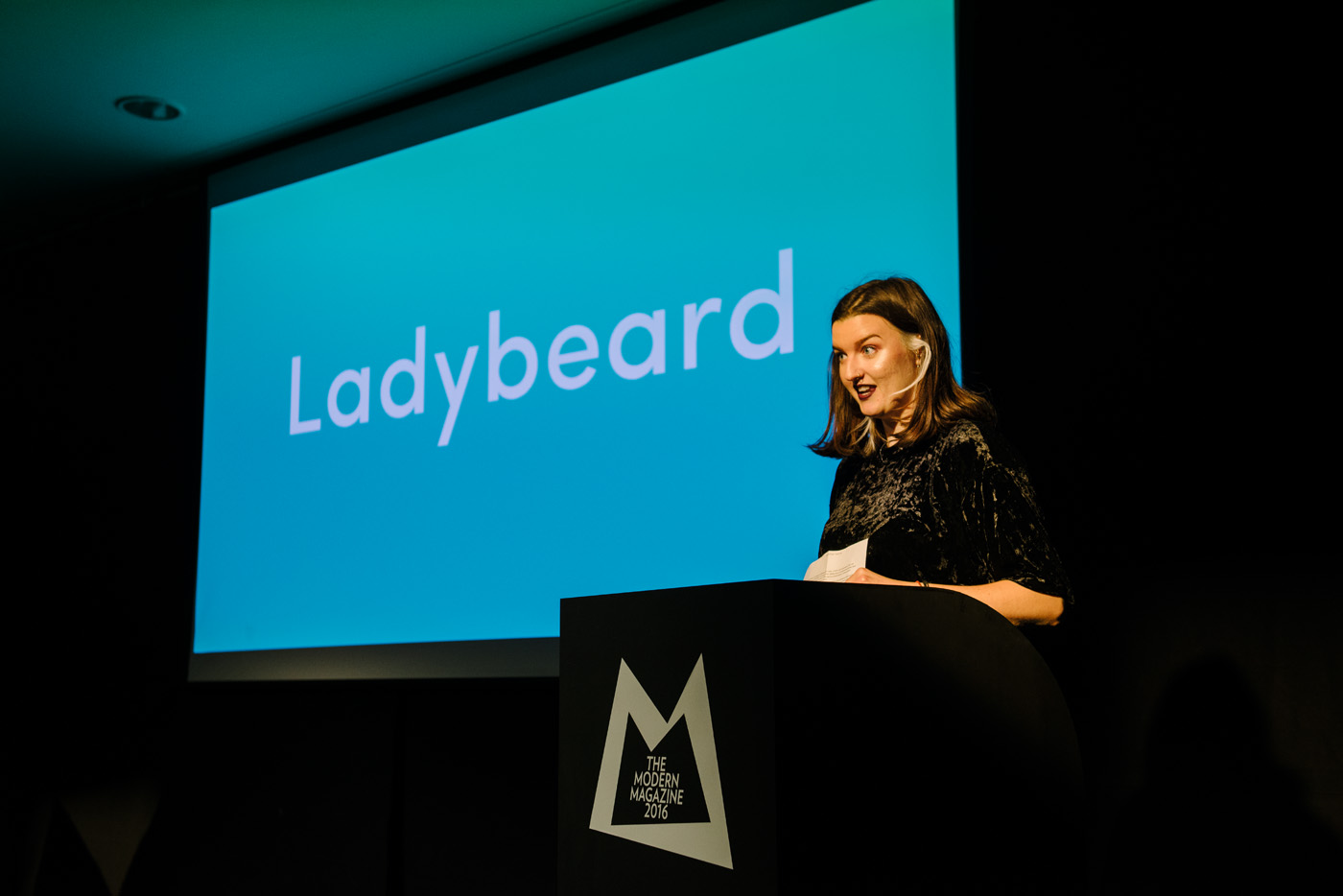 The theme for the Modern Magazine conference was big and small, challenging the notions of scale and exploring the approaches of both publishing giants and smaller independent publications. “Large organisations are learning from what the more agile publishers are doing,” says Caldwell, “The smaller ones don’t have the resources of the big guys but that doesn’t make their work any less meaningful in terms of the content or quality. The independents are looking at the larger ones for models on how to scale up. So they can learn from each other’s good practice.”

From the New York Times and British Vogue to Private Eye and Vice, speakers at both events told their stories and offered opinion. One of the particular pleasures for Caldwell, she explains, is “seeing our Central Saint Martins family coming back, feeding into the current teaching and learning loop”. Innovative alumni such as Scarlet Evans, co-founder of Ladybeard and Tony Chambers of Wallpaper, shared their professional experience with current students. The more embarrassing the government is, the higher our circulation”

One of Modern Magazine’s particular highlights was to hear from The New York Times Magazine’s design director Gail Bichler. Talking about the constraints experienced as part of a huge news organisation, Bichler explained where the opportunities are for creativity – a non-newstand cover for example, the recent virtual reality collaboration or the power of typography. At the BSME conference Alexandra Shulman, editor in Chief of VOGUE, spoke about the importance of keeping up to date in the anniversary year and took many questions from the Fashion Journalism students.

The magazines I loved foisted their personality on their readers”

The students assisted the organisers at both conferences, working closely with Jeremy Leslie who organised the Modern Magazine and with Layla Kaye from the BSME, allowing them direct access to those currently worked at the forefront of the magazine making . On reflection from these two events and her own research, Caldwell is optimistic about the industry’s future. “In 2013 it was all about digital, print was dead. People were predicting we’d all be on apps by this year, but they were wrong. The world is complex and we need publishing to explain and analyse that complexity, but you can’t confine all that to just a phone screen.”