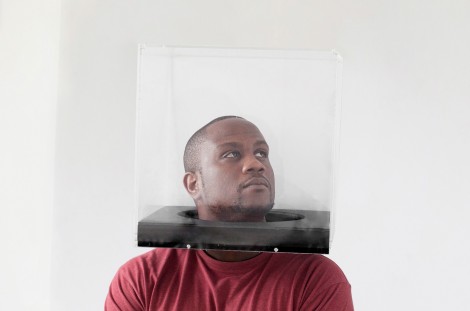 Before her Masters in Art and Science, Becky Lyddon was a playworker for children with a variety of health needs and disabilities. Taking her group on day trips and holidays, Becky was struck by the reaction of the public:

“It would be harder for us to support the children because the public didn’t understand why the they were doing specific things like eating the sand in the playground or flicking their fingers in front of their eyes. It was a very negative reaction and the more I did that job, the more I understood autism and how they were processing their surroundings.”

Becky started her Masters intending to explore the autistic sensory world and soon found that if people could experience something rather than be told about it, the empathic impact would be greater. Focusing on creating experiential installations she took real-life descriptions of sensations as her starting point. 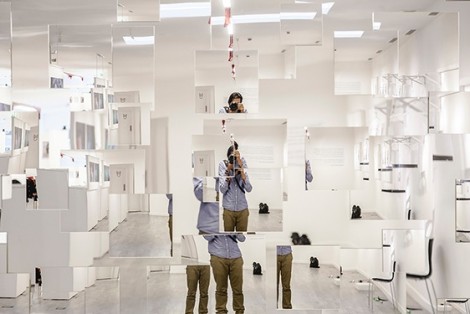 Lola’s World, a wall of mirrors, was inspired by Temple Grandin’s description of hyper visual stimulation which described how someone could be viewing the world in a fragmented, almost Cubist way. Whereas Being Ben creates an auditory environment using a series of Perspex boxes so the audience experiences difficulty filtering out un-necessary sounds:

“Being Ben was one of those miracle moments when everyone said ‘Oh my god, that’s horrible’ so I knew that it worked. I didn’t have to sit people down and explain autism to them – they could just experience aspects of it.”

Following graduation, Becky founded Sensory Spectacle to provide workshops and installations promoting a better understanding of these sensory processing difficulties. So far, 2016 is proving a big year, not only has Sensory Spectacle grown to the tipping point where she can now work on it full time, but Becky has been nominated for an Entrepreneur of Excellence Award at the National Diversity Awards: “It’s such an honour. You work so hard. It’s reassurance that what I’m doing is what people might need. I’m not doing it for personal reasons, I’m doing it because everyone needs to have a glimpse into somebody else’s life.”

The National Diversity Awards take place on 16 September 2016 in Liverpool. Don’t forget to cast your vote on its website!