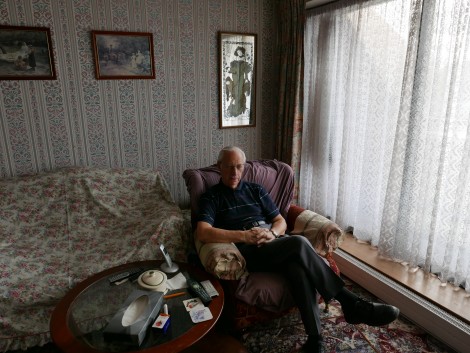 With the Lethaby Gallery’s experimental exhibition ‘We Are Open’ underway, we spoke to this week’s graduate in residence, MA Communication Design alumnus Luca Picardi. Luca is a design strategist who talked about his research into Somers Town (part of King’s Cross) and the importance of examining London’s new developments.

Tell us about your project.

So my project is looking at two areas, Somers Town, which is located in the King’s Cross area in between King’s Cross station, St Pancras and Euston, and the redevelopment zone in King’s Cross, the area here where the CSM building is based – Granary Square.

I am interested in looking at these two places because on the one hand we have the redevelopment zone where a new place is essentially being built, whilst on the other hand we have Somers Town, which has always had a sense of place and a rooted community, is now potentially going through a lot of change. I think it is quite interesting to look at these two very different worlds and see how they are, in a sense, merging.

What initially sparked your interest in addressing these two places?

Because the exhibition brief was very open in asking us to respond to the surrounding King’s Cross area I wanted to zoom in on somewhere specific. I also wasn’t entirely sure what specifically King’s Cross encompasses, it’s hard to identify its boundaries, but that’s how I came across Somers Town.

I have also previously worked on a project called ‘Private Public Places’, which looked at a redevelopment project which followed this trend of privatisation of public spaces that we are now seeing here in the King’s Cross. I wanted to extend that study whilst also looking at this strange, intriguing place called Somers Town, which I am still trying to get my head around now. How is Somers Town changing?

So, it is changing for a number of reasons. Partly because of new measures being put in place by the council which potentially mean that a lot of people are being pushed out of the area, and partly because there are a number of development projects that have been proposed which would inhibit the green spaces in the area, which there already very few of. There is also a plan to build luxury flats and a number of other developments which aren’t necessarily in line with what locals want, that, to me, is the really interesting point here.

So how do you plan to translate this relationship between the two areas into the gallery space?

That’s a good question! I have been documenting my experiences in these two places and my encounters with people in Somers Town, as well as my perception of what is going on here at the moment. I want to present these two parallel worlds through audio visual presentation so that I can let people see the differences between them and allow them to examine what we think of development and the future of this city.

I have been speaking to the local residents who live here and I have done more of a photo ethnographic journey around the area. I have been spending loads of time just wandering around and observing and immersing myself in the area and taking lots of pictures and recording sounds. In Somers Town I have been speaking to a whole range of people including a lot of old timers who have seen the area from the pre-war period to when it was a dangerous area that essentially owned itself as a maverick town, a sort of city within a city. I have also been speaking to local Pentecostal preachers, community activists and community centre director, a real range of people. I’ve been getting a whole range of answers and versions of what Somers Town is and what is happening to it. There seems to be a lot of nostalgia to the old times to what it used to be like when there was lot more of a sense of community and a lot of fear for what the future might bring for the area. What were some of the most poignant things people have said to you about the history of the area?

I’ll give you some snippets. One person told me about these informal economies people had developed because Euston and King’s Cross are so close together. People often had to change between the two – this is back in 1950/60 – so this guy and his gang of friends would go and pick up people’s luggage and take it from one station to the other for them to make a bit of money. Then there was a man who used to be part of the gang culture in Somers Town. He told me that police rarely went to Somers Town, but there was one incidence that he remembers where they did and one of the police men kicked a gang member in the shin and then they ended up stripping the policemen! There are some seriously crazy stories which form part of the very complex history of Somers Town.

Is this your first experience where you’ve developed work publicly?

It is a totally new experience for me. I just love the theory behind this exhibition! It is a really good idea to invite graduates from different courses to share the gallery space and use it in a non-traditional way. I am personally more interested in public engagement with the work I do. I like grounding all of my work in real issues and trying to make it as engaging as possible and as relevant as possible, so for me that it is a real bonus to have it develop publically.

What are your hopes for the end of the residency?

I don’t really have a goal as such, I just hope that people can appreciate Somers Town for what it is and hopefully have some sort of insight into that world. But also I want people to examine and re-examine what London is becoming and what development in big cities look like, how it is shaping up and how it is affecting local communities. I also want to interrogate what this beautiful new King’s Cross development is but also approach it with some scepticism – it is a privatised piece of public land, is it a neighbourhood or is it a private place? I am still not sure myself and those are the kind of questions I want people to ask. There is no refined, finalised result to come from this, it is just about starting a conversation and I find that really interesting. 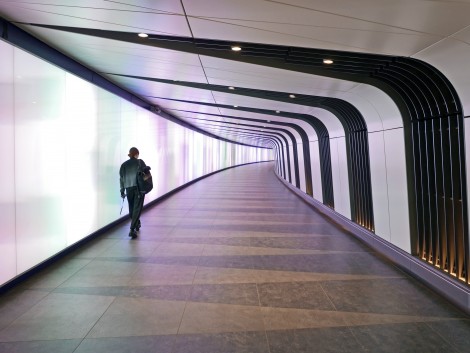