John Costi Discusses His ‘We Are Open’ Residency 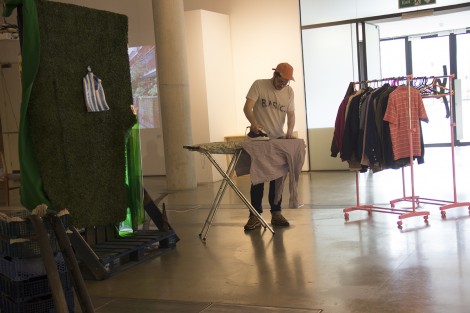 We caught up with BA Fine Art graduate John Costi to discuss his We Are Open residency, the importance of conversation, his King’s Cross artefacts, Christmas tree tea and the significance of returning to CSM.

Tell us about your project.

It stems from my childhood, growing up with my father being a greengrocer and my mother being a child minder who also used to do laundry for our neighbours. I’ll be screening interviews with family members as part of a film installation that borrows from the aesthetic of a greengrocer. Also offering a free ironing service and selling clothes from my ‘Hand-Me-Down Rails’. There’ll be plenty of bargains on designer and vintage pieces. I used to pair socks for me Mum so I think I am going to bring a lot of odd socks and make things out of them.

I will be serving watermelon vodkas and hoped to serve Christmas tree tea, but the trees are too far gone now. This is where my dad would get a lot of his money from when watermelons or Christmas trees were in season so I figured it made sense to have that participatory element. 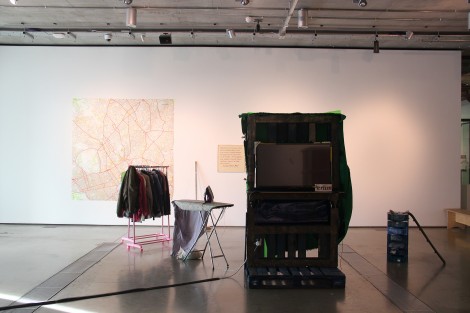 You’ll be in the gallery all week, how do you plan to use that time?

I think that the real meat of the work is the conversation that surrounds it. When I am ironing your clothes I am going to be talking to you, “who was the last person to iron your clothes? Tell me about them.” This is a tool to get things started. It shouldn’t be all about making – it should be an exchange. I don’t want to be an artist that stands here and dictates, I want to be learning whilst I am making and I think that is the best way to do it. The main thing for me is the conversation, it is performative, but I like to see it as a directed conversation, having an idea but not destination.

I will also be reading Goosebumps and my other choices of reading material, Funny Bones, Mr Tickle and Roald Dahl’s Revolting Rhymes because they were very important to me as early influences.

Poetry exists in all the work, whether through the spoken/written word or the nature of objects, so much of my contribution to the show will be based around poetic meaning and visual language.

Do you think you’ll do anything with the stories you hear?

I think I want the stories to be ephemeral. I think they are a bit too special to take out of the situation. I will record some of it – I have a friend that wants to come and film, so I will document parts. But using somebody’s stories, you have to be very careful with that. I would rather be a sponge than a thief. Can you give us a preview of any of the stories from the interviews with your family?

My dad is a Greek Cypriot man but he talks London now. It took him seven days to get here and he arrived with only one shoe, he went to kick a grape and it came flying off over the side of the ship. Things like that are kind of sweet and I wouldn’t have known that unless I sat down with my granddad the other day to interview for this exhibition.

What are you hoping people will take away from your residency?

I hope they find some kind of calming qualities to it. I wouldn’t say therapy, but I want it to be a place where people can offload a little bit. It would be nice if there is a relay, if people can go and tell someone about it, or say, if someone hasn’t seen their mum in a while and they talk about them, maybe they’ll think “ah, I’ll give my mum a call now”. But we will see because it might all change and that is exciting. I think it will be nice to see who turns up as well, who is interested, who engages and who thinks it isn’t art. People have questioned me before and so I am conscious of it within my making now. 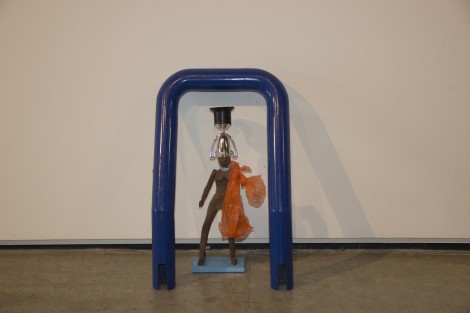 You mentioned that you’ll be creating some sculptures – can you tell us more about those?

I make sculptures, but they are often made out of objects that I have amassed, I am a hoarder. I have several artefacts that are related to King’s Cross that I am going to use. I used to live in an abandoned pub up the road called the King’s Cross Arms and I have got a hand painted sign that talks about Boudicca. I also have a piece of the handrail from King’s Cross train station and a spike off the top of St Pancras – don’t ask how.

London as a whole and where we are here in King’s Cross is very important to me. It is obviously a hub for transport and I find a lot of peace on the underground which people find quite strange, it stems from my idea of the city as a living thing. 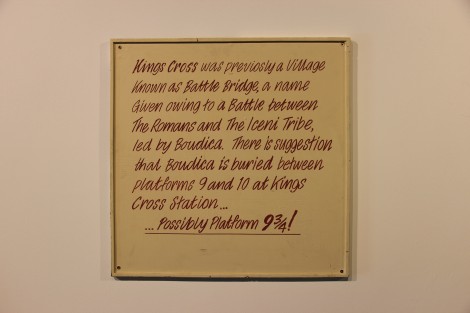 How did you get involved in the residency?

What have you been doing since you graduated?

I was running Like Eye Mind gallery and working for the Koestler Trust, the biggest arts in prisons charity in the UK. I have also been exhibiting my work. I did a thing at the Tate Modern recently which was good fun. I have just been trying to make, show and develop because after you graduate that safety net goes. You have to find a studio and make sure you go there and don’t just work and work so much that you don’t do anything else.

Do you have any upcoming projects?

I have a residency coming up in the Caribbean Sea in October. It is part of this organisation called La Wayaka Current, they offer residencies in extreme environments, I went for the Tropics of course. It’s a digital detox, basically I have a desert island to myself. I grew up in a house full of kids and so I never really had any time alone apart from when I was in prison. So it will be nice to go and spend time in isolation out of my own choice, it is something that I have not done before. There are seven other artists on seven other islands and you are given a kayak so you can go over to the other islands and collaborate. I am looking forward to seeing what the stars look like over there. 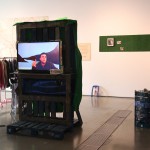 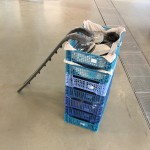 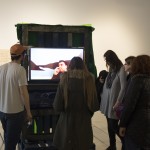 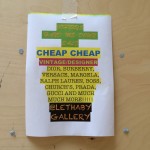