From January to March 2018, Guy Dartnell and Alex Murdoch from Improbable theatre company facilitated a series of improvisation workshops with a group of Islington residents over the age of 60 and Central Saint Martins MA and BA Performance Design and Practice students. The project culminated in two public events at our Platform Theatre, in which the participants shared their improvisation skills through performance, design and discussion.

The workshops took place at Claremont centre in Islington, and initially involved both students and the older generation getting to grips with Improbable’s improvisation techniques. As the weeks progressed, the student’s contributions became focused on the scenographic – lighting, sound and prop elements became “offers” for improvisation. Irene Ros, an MA Performance Design and Practice student who took part in the project, says this exchange was about “trying to respect the process and the participants. We worked on the quality of our presence on stage, and the performativity of our ‘offers’. Our task was to be, in a way, invisible on stage – to let the older participants perform and facilitate them.”

Tasked with bringing in objects with both clear and multifunctional uses, the student’s contributions influenced and responded to the improvised scenes as they occurred. The development within the workshops led to the conception of an adaptable ‘set’ for the final performances in the Platform Theatre. Objects were hung on a blackboard-wall at the back of the stage – organised into a theatrical inventory of possibility. At intervals, students approached the wall, selecting and introducing objects into the scenes for the older participants: a tyre became a hula hoop, swathes of blue fabric became water, a paper tube became a vase and a clothing rail became a mirror into the future. Their challenge was to design in conjunction with the scenes as they unfolded. By its nature, design is planned and considered. How do you design for improvisation, for something which is spontaneously constructed? In addition, how do you design for “actors” who are not professionals, who have not necessarily interacted with scenographic elements before? 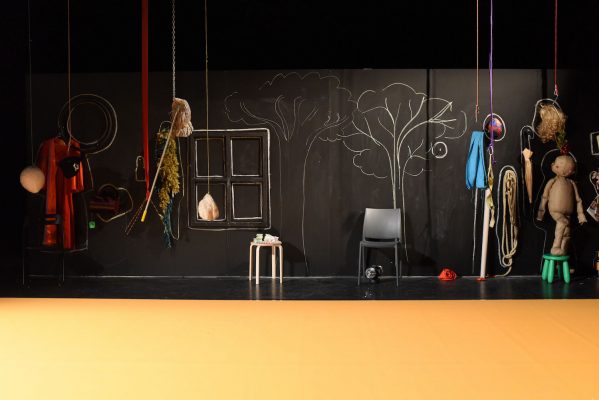 At the beginning of the project, students and participants alike were new to improvisation techniques. Across generations, starting from the same position, they came to understand the importance of facilitation and presenting opportunities for others. As BA student Fié Neo comments, “we were involved in the same way the seniors were. In most cases, younger people in care centres, specifically for over 50s, tend to be volunteers. When you are a volunteer and you go in trying to help or assist the power dynamics are different – it’s more of a superior position. For us, this wasn’t the case when we went to Claremont for the workshops and activities.” For Neo, it is vital that “social engagement is based on equal power dynamics.” Bringing together different generations, the project allowed for interaction between groups that often remain socially distinct, uncovering a new-found commonality. 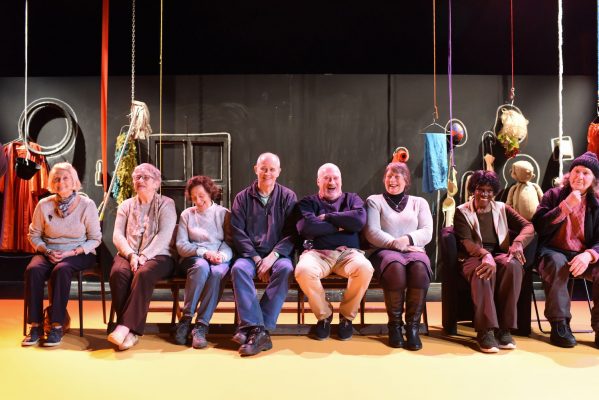 Generations was dependent upon the potential of openness and collaboration – embodied in the ‘yes and’ rule of improvisation. As Murdoch explained in the Q&A session after the public performances, saying ‘no’ immediately blocks progression, whereas ‘yes and’ allows the scene to develop, leading to unexpected and unpredictable outcomes. Within these performances, there were no notions of success or failure, but instead of adaptable behaviour, responsivity and communication. In the words of participant Maria, “whatever you do, whatever you say, in the moment it’s right.” Reflecting on the impact of the project after its completion, student Ros, says “Alex [Murdoch] said something beautiful at one point in a workshop. She said that if everybody would be able to listen as we need to, and be receptive to the others during improvisation, the world would be a better place. I guess that’s not just a lesson for our future practices.”

Generations was a project between Improbable, All Change, Claremont and Central Saint Martins.