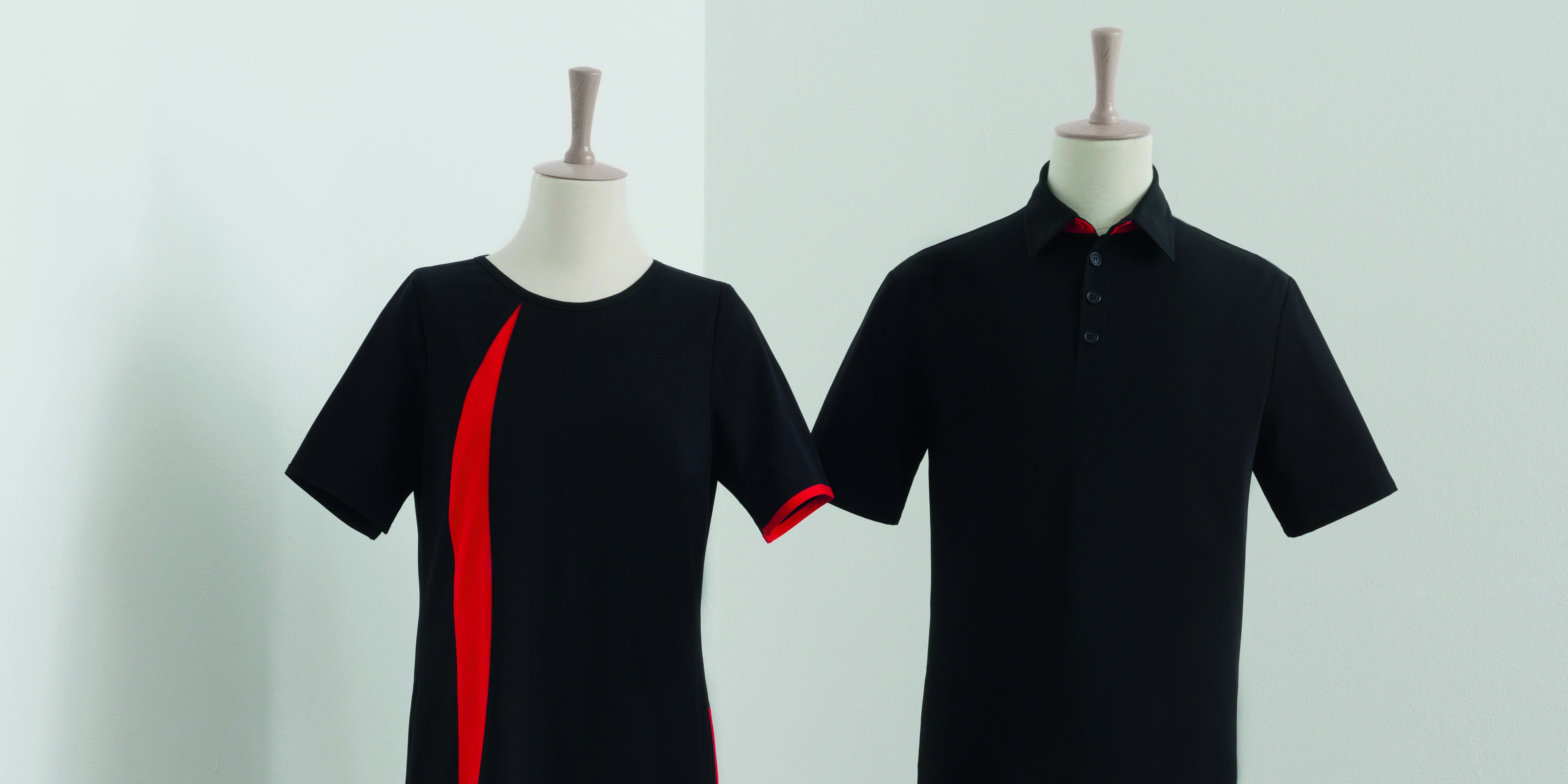 Sephora, part of the LVMH group, has unveiled the staff uniforms that will be worn by its beauty advisors throughout Europe and Asia. The new uniforms were designed by Central Saint Martins graduate Jamie Cockerill.

The design is a result of competition run between Sephora and Central Saint Martins. Jamie Cockerill, 27, impressed the judges with what LMVH described as his “disruptive and audacious style, combined with special attention to the specific needs of beauty advisors in the stores (especially comfort and materials)”.

The primarily black uniforms, which come in men’s and women’s versions, are punctuated with red and feature the brand’s ‘flame’ motif. The design connects with Sephora’s graphic codes and refers back to the brand’s origins.

LVMH is a long-term partner of Central Saint Martins, and has collaborated with the College on many previous occasions. Earlier this year, LVMH brand Fresh asked our students to revisit its visual codes. Competition winner Wilfrid Depauw recieved £1,000 in prize money and an opportunity to intern on Fresh’s New York team.