Fred Meller On Her Trip To South Korea 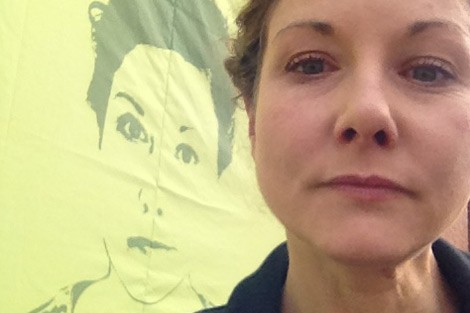 Fred Meller, Course Leader, BA Performance Design and Practice, talks about her recent trip to South Korea, where she worked alongside with an MA PDP graduate, discovered shared values, and found the benefits of working in translation. If you want to find out more about the BA Performance Design and Practice course, please visit the course page and book your place on one of the open days.

How was your experience in South Korea? What were you doing over there?

It was really good. I went out there to do a three-day workshop with in Performance design with students who were selected by the Arts Council Korea, who are particularly talented or gifted in a related practice. There were choreographers, theatre designers, writers and directors. They had left education and were started up in their career. It’s a similar setup to how the Arts Council worked in the UK a while ago.

I did a three-day workshop in performance design and we did a speculative project: an immersive theatre version of Woyzeck. We explored the text in three days and made a model of how it could work, and then I did a one day live radio interview, and a one day public lecture. It was really interesting because it was in translation, so all the time you’re speaking you have to stop to be translated and wait for them to translate it back.

Did the language barrier make it difficult?

No not at all. It was amazing. The slowed down nature of doing it in that way was such that you reflected on your teaching and on what you were doing and how you were speaking, and it made me really appreciate the international students here and how they have to cope with our colloquialisms and with our speed of talking. So as a learning experience for me it was immense. It was deeper and more reflective and exploratory.

What topics were you covering? Did any aspects of the BA Performance Design and Practice course at CSM transfer into your seminars in Seoul?

I was covering general things that we would do in the curriculum. We explored a model for exploring in any kind of workshop setup and using objects. First of all, starting with the self and your idea, and starting to bring that opinion and self into a shared collaborative proposal, which doesn’t mean reducing to the kind of the finite sort of American model of the central, but to be absolutely inclusive of everything. 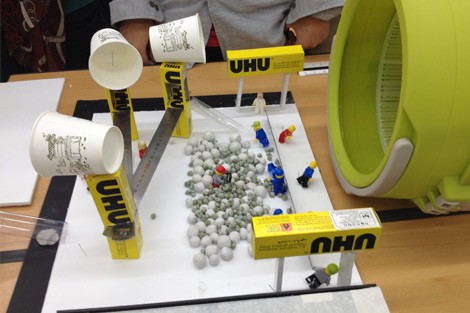 You worked with Hyun Jin Do, an MA PDP alumni who is now a lecturer at Korea National University of the Arts. How had her experiences at CSM helped her in her career path?

She graduated ten years ago and she’s now professor at K Arts so she’s very much my equal. She was one of Pete Brooks first students to graduate. It was like being at home with her, it was wonderful because we just share values and share so many things about the subject area.

She’s a performance designer in Korea, and she’s at the stage I was about ten years ago when I stopped doing Performance Design as a job to earn money, and I started to really think OK I want to balance this with my teaching but also I want to start thinking about how I can make my own project now, and not just be working as a designer for other projects and to actually be an instigator of a project.

You mentioned having similar approaches and values. What were some of these?

A lot of aesthetics leading the choices of materials or the design from within a text. Also questioning the text, and values of usefulness of making mechanics of a performance or the critical thinking of it. What’s it for? Who’s it for? Why are you doing it and who cares? In performance it’s got to be about who’s your audience. Why would they want to see this or do this? Don’t let it just be a self-indulgent, vacuous shell, make it meaningful and have a place in society because it’s important.

There’s a shared value there with that group of people, that they felt a responsibility to their country and to their city and their families to make work that means something, because they don’t earn a lot of money. The courses they’d chosen to be on were hard ones and they’d made huge sacrifices, which people working in the arts do.

They wanted to tell people’s stories: of being transgender in Korea, or of immigration, or women’s stories. To tell Korean stories back to Korea, rather than imitating the West.

Is there anything else that you’ve brought back?

I brought back Kimchi for all the PDP staff. On the day I left, the whole of South Korea were having a Kimchi making day, where all the families on that weekend come together to chop up the cabbages and ferment them.

I’ve also come back with greater respect for the country and the people. I’ve brought back more confidence in translation; as a pedagogic model it really teaches you a lot about yourself. Also, being able to say what we do here works there, it’s a really great thing.