From Brooklyn to Shoreditch, BA Fine Art student Favour Jonathan’s self-portraits can be seen on billboards worldwide as part of Apple’s Selfies on iPhone X campaign.

Favour Jonathan has always experimented with different hairstyles as an exploration of black identity and her heritage. A few months ago, she began documenting her hair transformations through the use of photo booths. The resulting, ongoing series A Statement of Pride juxtaposes the distanced formality of the passport photograph with the freedom of constructing, and re-constructing, a visual identity. Championing the natural hair movement, Jonathan’s photographs are a defiant acknowledgement of the versatility and strength of afro hair. Vivid and varied, the images document Jonathan’s own style fluctuations but they also celebrate the things black hair can do, embracing its associations of power. 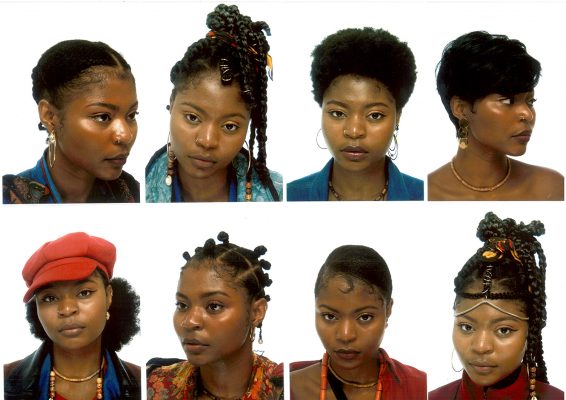 Favour Jonathan, A Statement of Pride

For some of her photographs, Jonathan channels women she admires, such as Serena Williams and Janet Jackson, so they become static but performative dedications to women around the world. Speaking about her temporary adoption of their style, Jonathan says she selects certain women simply because she is “happy and proud they exist.” By inhabiting their visible personas, her images articulate a gratitude — “to say thank you for being that powerful woman, and not just what society wants women to be.” Celebrating the wealth of possibilities afro hair offers, Jonathan hopes that A Statement of Pride demonstrates to women of colour that, ‘you can take up space in a world which often doesn’t favour us.’ Taking on different personalities, for Jonathan, is both an act of appreciation for the strength and diversity of other women, and of articulating her own growth. Favour Jonathan, A Statement of Pride

After coming across Jonathan’s work, Apple recently collaborated with her for their Selfies on iPhone X campaign. The commissioned photographs show Jonathan channelling a Diana Ross 1970s afro and electric blue makeup inspired by the wives of Fela Kuti. Across the world, Jonathan’s images can be seen on vast screens, plastered across the side of buildings, at tube stations and on television adverts. Reflecting on seeing her face sky-high, Jonathan says it has been the response from the general public which has been most rewarding — in people recognising themselves in her photographs, of her translation of something so natural into a visual format. “I’m not trying to make art, I’m just trying to voice what is going through my body in a way that I know how to best,” she says, “so it is really exciting when people have a genuine response to something that is so natural to me.” 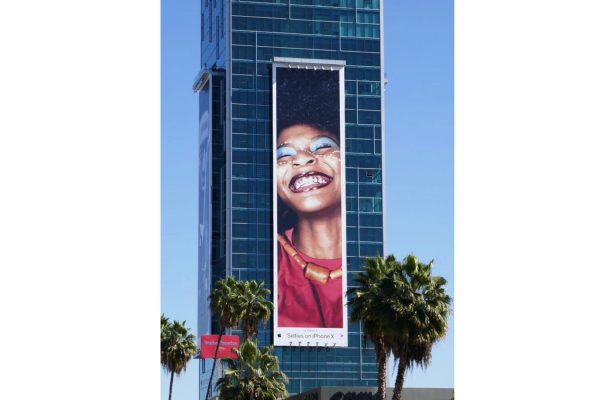 Jonathan’s wider practice spans photography, painting, sculpture and installation. Across the diversity of her output, her own presence remains integral to her work. In 2017, she organised a solo exhibition, I’ve Lost My Mother Tongue/Izedo,which was installed in her own house. While her paintings adorned the walls and her sculptures and photographs were on view, they were displayed amongst her possessions, clutter and detritus of everyday life. She also cooked for her visitors as a traditional welcome: “In my culture you welcome people with food or by breaking a kola nut – it shows respect, love and appreciation for those who step into your space.”Jonathan’s practice is inherently an extension of herself — it is to be viewed as part of her, rather than removed from it, not to be shown in the austere confines of a gallery space. Its generosity is full of experimentation and freedom, while retaining a clear identity — wholly hers and wholly influenced by everything surrounding her. As she says, “sometimes just being yourself is a work of art.”

Having completed her 2nd year in BA Fine Art, Jonathan is currently undertaking the Diploma in Professional Studies at Central Saint Martins. You can see one of her photographs in the iPhone X campaign in Shoreditch, East London.