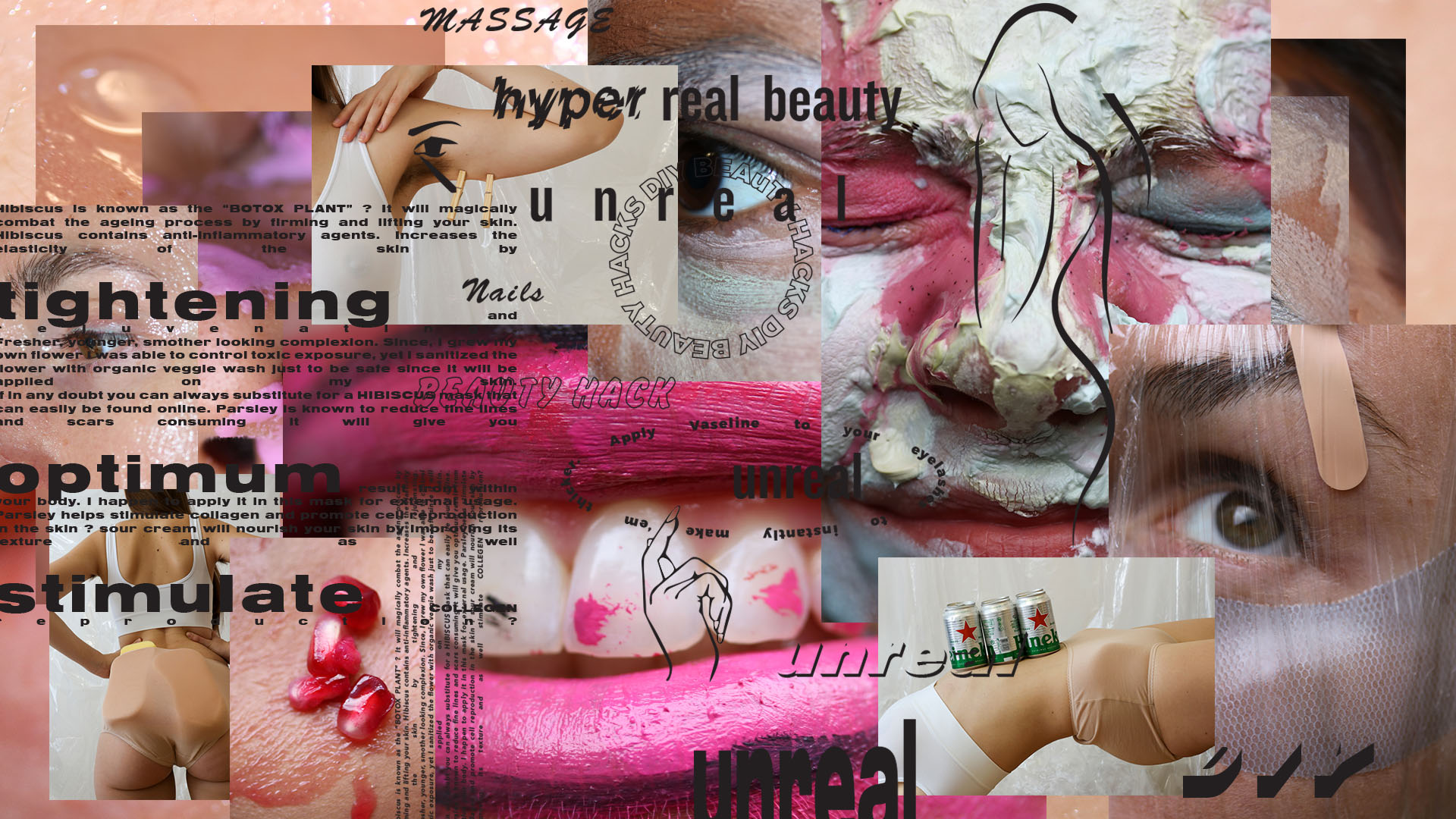 What is the concept behind Beauty HACKS?

Toni Hollowood: I’m interested in the relationship between the real and the digital. I found a series of Instagram posts called ‘DIY hacks’ – using a protractor to do your eyeliner or putting Pepto-Bismol on your face instead of a facemask. Viewers found them compelling and funny and I began to see them as a counterculture to the expensive over-the-counter beauty business. 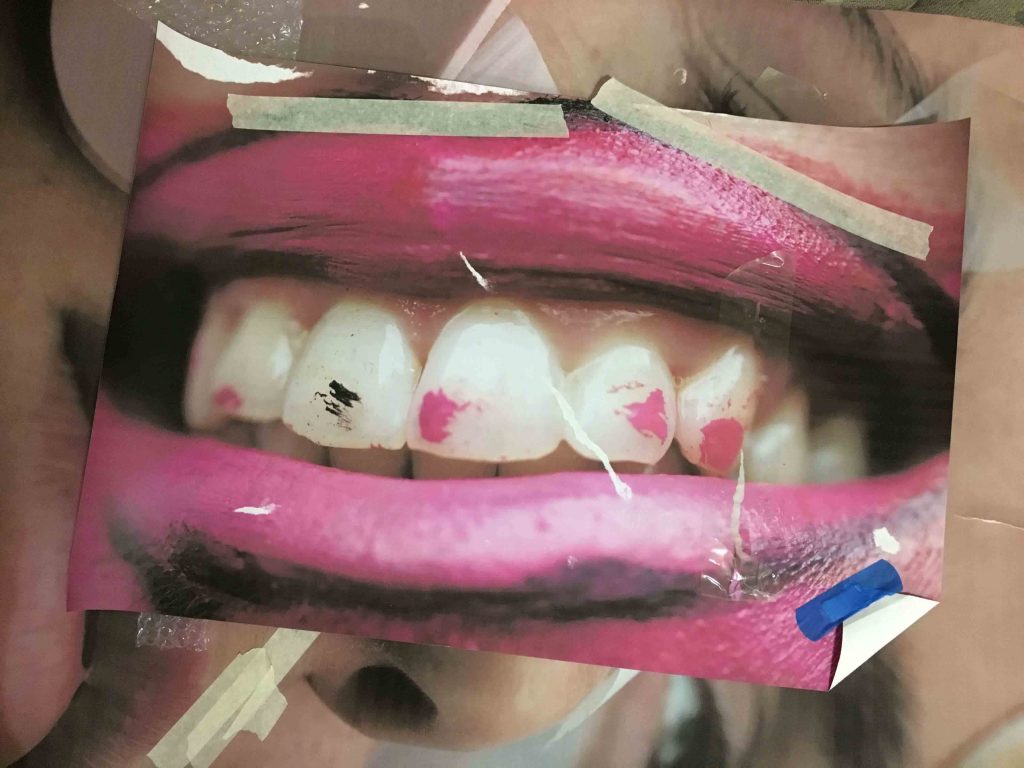 The images are strikingly sensory?

TH: They’re very tactile and often alongside them you’ll find posts about Autonomous Sensory Meridian Response (ASMR), in which people get a euphoric sensation from particular sounds and images. So, in between eyebrow tips and lip-enhancing techniques there’ll be a video of someone touching some slime for five minutes. To mix those two worlds together is really strange but they’re speaking to the same thing – we’re missing that sensory, material experience in our day-to-day lives.

Julie, your film also looks at the world of beauty, as well as fashion?

Julie Schroer: It began with advertising, thinking about this life that we are being sold, that struggle to chase normality, and the feeling of desperation for sanity and social approval. So ABC Valley is a cinematic, narrative fake documentary about a dystopian city in a post-WWIII context. I wanted to magnify that feeling of society’s expectations into an insane totalitarian regime. 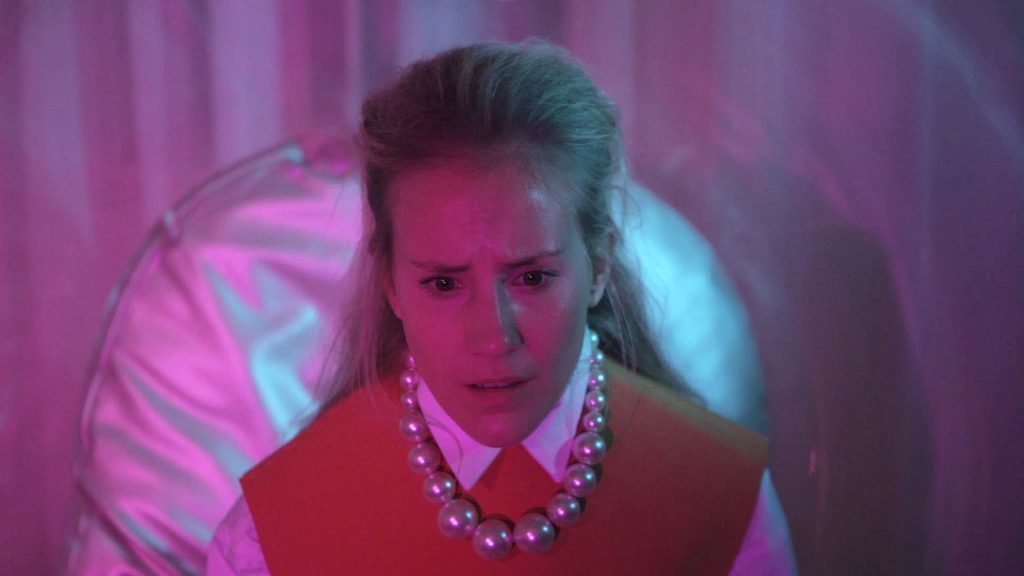 As two projects are presented side-by-side – are you taking similar critical positions?

JS: My film is a critique definitely, with a certain sense of dark humour and awkwardness. I love fashion but I want to challenge it. My film is quite politically engaged. We need that discussion about alienation and the ethics of fashion, otherwise the struggles will remain. I am using a hypothetic, emphasised future tense to point at existing issues; it enables me to criticise something while being completely part of it.

Beauty HACKS undoubtedly celebrates non-conformity but is it also critiquing the relationship between the digital and the real world?

TH: Digital can be a great democratiser; for creative people, it allows us more freedom than we had before. But in other ways, it is a hollow substitute.

Julie’s project isn’t about beauty alone, but it’s a big part of the film and that’s interesting because for so long beauty and fashion weren’t together, they were separate realms. They had their own rules. Now is a moment when beauty is catching up. There are new brands with diverse aesthetics and an open outlook; something the industry used to be scared of. That’s what I find fascinating about ‘DIY hacks’, the images are unusually ugly for the world of beauty.