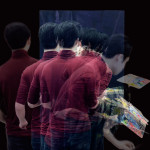 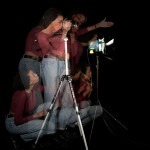 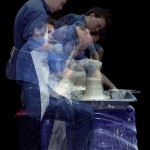 Nikita Loknath Rao and Stefan Iyapah are designing the visual identity for our Degree Shows. This includes everything from posters and invites, to animations and wayfinding.

Each year the College asks students from BA Graphic Design to create an identity and a high-profile campaign for our summer shows. The winning design is picked by a panel including course tutors and the Head of College.

Both Nikita and Stefan are in their third and final year of BA Graphic Design, studying on the moving image pathway. They chat with us about the creative challenges of communicating such a huge event.

How did you go about creating the visual identity?

Nikita: We all are designers, artists in the creative field, but to find something that is an umbrella for each and every course was quite a challenge.
Stefan: Yes, because the design has to talk to the whole College, while feeling as if it is communicating on an individual level too.
Nikita: One thing we did was walk around the whole building and observe what was going on. That’s when things started to flow – by going around and interacting with people.
Stefan: Our concept is about the movement and the energy that Central Saint Martins has behind the scenes, rather than about the final products – because people are coming to see those anyway!
Nikita: As artists and designers we spend so much time in the process. That’s so important to us. We wanted to capture the action that goes on behind the work.
Stefan: So we went around different pathways and found some interesting movements of people in their natural working environments.

Is it important that your designs tell a story?

Nikita: As moving image students we look at everything that moves, not only screen-based work. So in a way we’re picturing the audience navigating through this building and viewing our design – and that itself is movement.
Stefan: The imagery we are using gives a strong impression of movement and the feeling of something happening or progressing – nothing is static. The animations will bring a whole other dimension to the identity too.
Nikita: I think the one word that we were keen on was energy. And hopefully that’s what our design communicates – the energy behind the work, the energy in this College, the energy we have as artists. 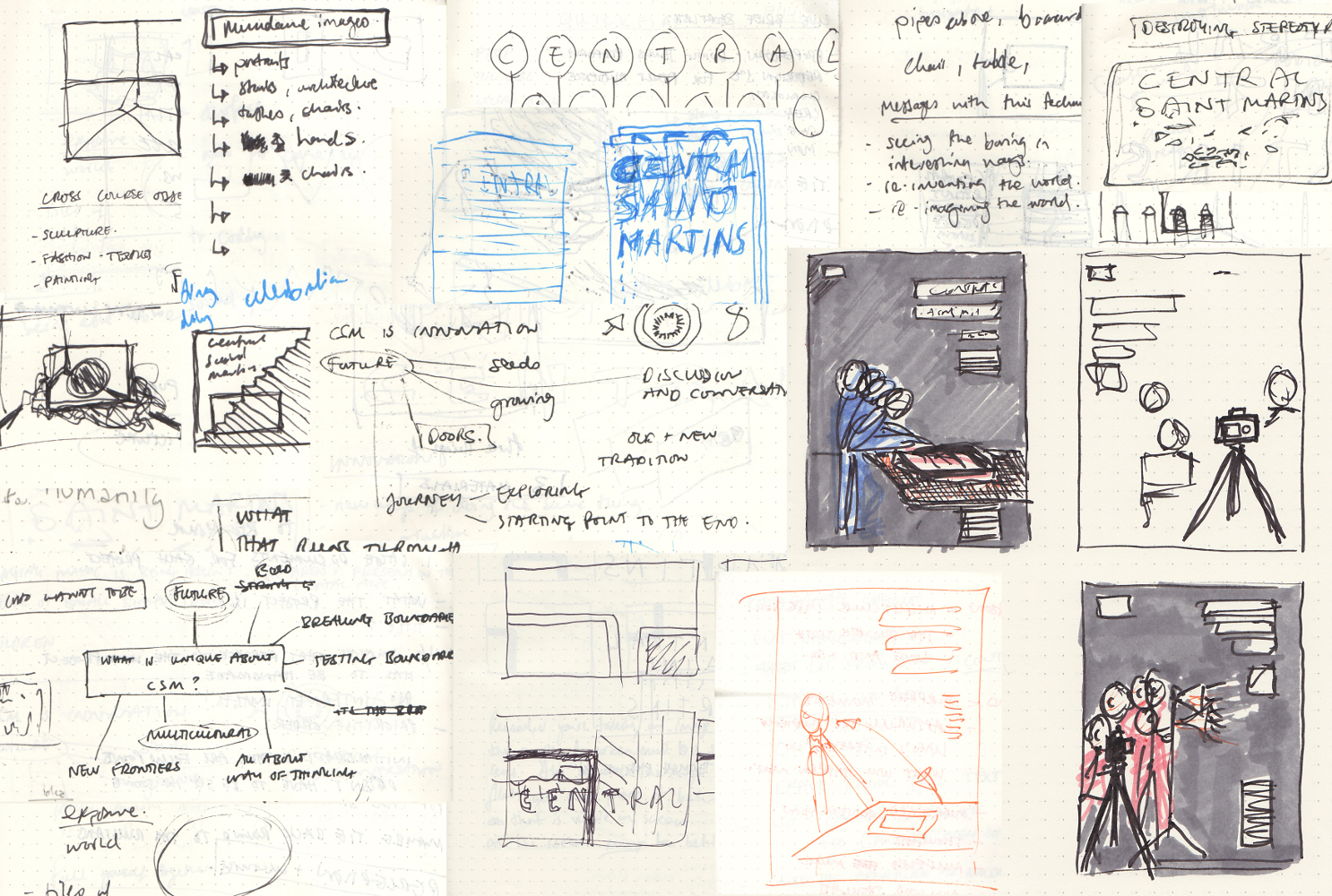 What is the importance of the Degree Shows for you?

Nikita: It’s the first stepping stone when we leave this building.
Stefan: Yeah, it’s the first step into the real world. It’s the first time we’re going to have a platform as big as this to show our work.
Nikita: It helps us find our own voice. Over the three years you try out many different things and you come to this point where you have to choose one.
Stefan: It forces you to put yourself into a bigger context. You want people to see ‘you’, and not just a student project.

What are you most looking forward to about the Degree Shows?

Stefan: Seeing all the work come together.
Nikita: It’s the one time where all the doors are open. You step inside and see what is going on in each and every room around this building. You’re exposed to all these different artists and I think that networking is another stepping stone.
Stefan: I’m really excited to have a holistic view of the work and see where certain directions are forming. How is the work going to speak for itself and what will that mean for this generation of graduates? It’s looking into the future in a way, when you come to the Degree Shows.