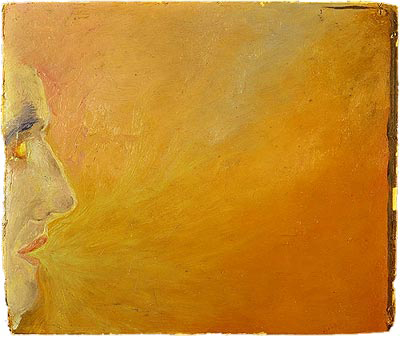 Music legend David Toop is currently presenting a series of events called Offering Rites at Central Saint Martins. As a tasty side dish, we serve up a little background information on the man.

Toop, who was recently appointed Chair of Audio Culture and Improvisation at UAL, is a legend in arts and music circles. A musician, writer and critic, he is one of the most influential names on the UK’s experimental electronic music scene.

His journey started way back in the 70s and he’s worked with an incredible roster musical pioneers, from Brian Eno and Luke Vibert to John Zorn and Grandmaster Flash. Toop has collaborated with artists from many disciplines, including theatre director and actor Steven Berkoff.

As a critic and columnist, Toop has written vitally influential pieces for publications such as The Wire, Dazed And Confused, The Face, The Times, The Sunday Times, The Guardian, Arena and Vogue.

Innovative and immersive
As a leading authority on music Toop has lent his inimitable voice to books on a variety of genres. He’s responsible for Rap Attack, a ground-breaking book documenting the origins of hip-hop. His second book, Ocean of Sound, explores how ambient isn’t a genre so much as a ‘way of listening’.

Highly respected by artists and critics alike, Toop has a reputation for innovative, immersive performances. Speaking about the current series of events, he said: “these are best imagined as a means to connect with methods of making and remembering, unmaking and forgetting.

“They are more concerned with the unfinished or in-between, that which is difficult to articulate or impossible to exhibit; each one will involve offerings of different kinds, opportunities to listen, to watch, to speak, to be silent.”

The final installment of Offering Rites will take place this Saturday (2 April 2014).