Daniel Hatton first thought of the idea of an international council for the fashion industry while studying MA Applied Imagination in the Creative Industries. Since graduating in 2012, he has established the Commonwealth Fashion Council (CFC), a Commonwealth-accredited organisation which supports sustainable development, education, youth and gender empowerment in fashion industries across 52 countries.

This year the CFC celebrates its official launch through a number of high profile events and programmes including the Commonwealth Fashion Exchange which will see all 52 Commonwealth countries unite for the first time to celebrate their fashion industries, artisans and traditions in an exhibition at Buckingham Palace during London Fashion Week.

Ahead of the Council’s official launch during the Commonwealth Summit in April, we caught up with Daniel to learn more about his journey from graduation to Buckingham Palace.

Tell us about the Commonwealth Fashion Council.

We work with governments, fashion weeks and councils to make fashion industries across all of the 52 member states more vibrant and to work as a contact point for them. We bring different stakeholders together, from the media, buyers, sellers, departments stores, government officials and ministers for trade, to have conversations and look at how they can develop their industries. So, one of the programmes that we’ve been working on for the past three years is the development of the National Kenyan Fashion Council which we launched in November. We also deliver our core programmes, which are 100% Made in the Commonwealth, Fashion Conversations and round table discussions.

How did it begin and what inspired you?

During my BA I started to look more closely at the Queen from a fashion perspective and what she was wearing in relation to where she was geographically. I began to see how her clothes and embellishments reflected where she was going and who she was talking to.

I started to think more about Commonwealth fashion as a fusion rather than two separate entities and that’s when I came to Central Saint Martins to study MA Applied Imagination. The course allowed me – because it is an open research degree – to pull together my personal and professional dreams into one thing.

How can the Commonwealth help to address problems of equality within the fashion sector?

Long-term, we want to bring countries together to implement policies for fashion industries across the Commonwealth. We want to challenge this idea of national policy-making and encourage cross-regional decision-making because that’s the only way the global fashion industry is going to change.  Collective industry action with governments.

One of our key pillars is gender empowerment and we’re working with our partners at the Commonwealth Business Women’s Network on a series of programmes. We want to encourage women into key decision-making roles at board room level within the global fashion sector and especially within Africa, challenging businesses to take more of an active role in training more women within the industry.

You’re currently involved in an exciting partnership with Eco-Age, Google Arts & Culture, the British Fashion Council among others. Can you tell us about this collaboration and the display that’ll be at Buckingham Palace during London Fashion Week? 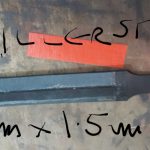 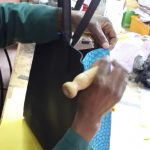 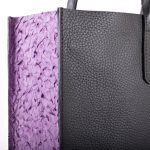 And can you tell us about “100% Made in the Commonwealth”? 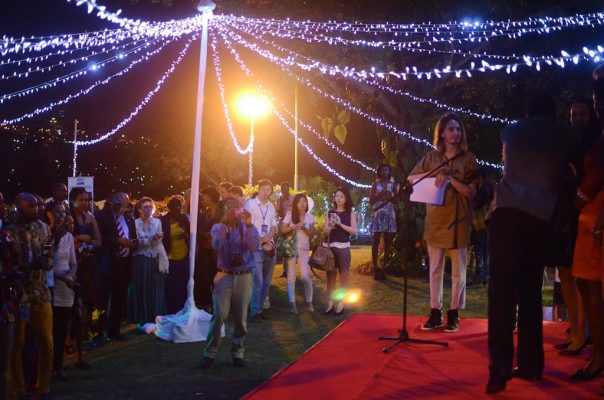 And how is the Council working to engage the public?

We’re having different conversations in different regions of the commonwealth, including Kenya, Bangladesh, Fiji, the Caribbean and Canada. We’re going to invite young people who are interested in going into the industry as well as those who’ve been involved in the industry, and people who just love fashion and want to be involved in the development aspect. The idea is to have a panel of Commonwealth fashion leaders there and open the floor to debate. It’s one thing getting council members together around the table developing programmes but we need to listen to people on the ground who are actually involved to see how we can build.

How did studying MA Applied Imagination in the Creative Industries affect your approach to your career?

The course gives you that flexibility between the bubble of academia and the outside world. We were encouraged to go and start conversations with gatekeepers, people of influence within the industries. That was fundamental, because that allowed me to reach out to the Commonwealth and get them more engaged with that I wasdoing.

What advice would you give to someone thinking about studying MA AI or currently on the course?

If you really want to investigate yourself from both a professional and a personal perspective then do it. And, don’t underestimate the power of a Central Saint Martins email address, people will listen to you.