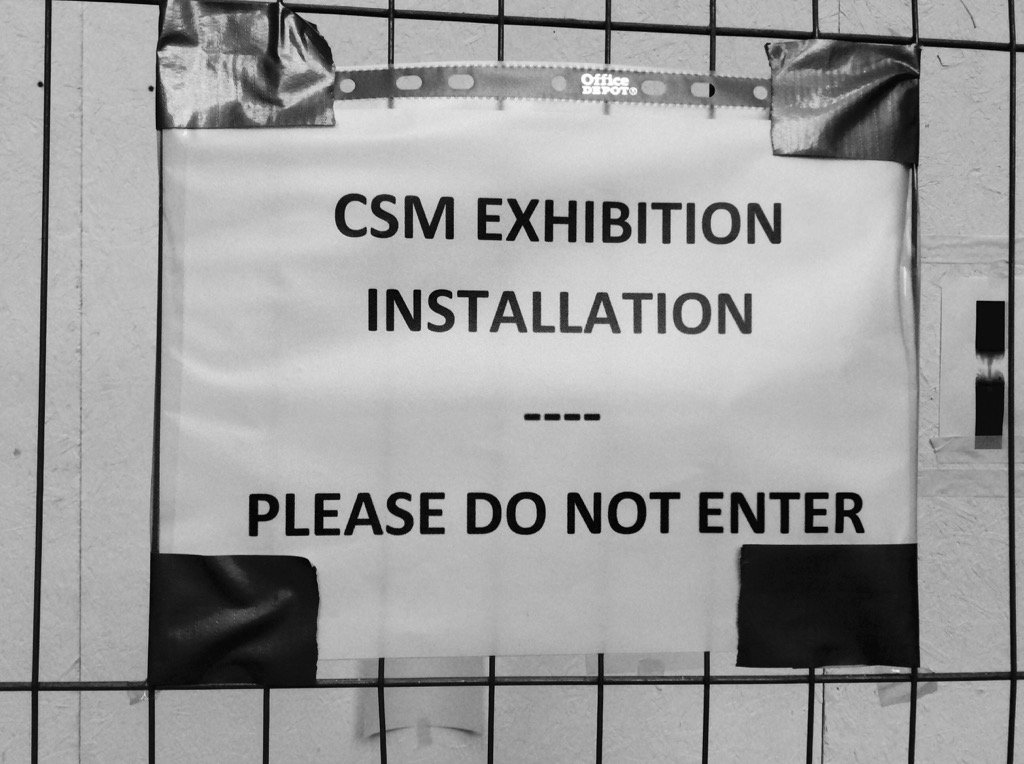 As we prepare to open our doors and our graduating students put the finishing touches to their work, you’d be forgiven for thinking it’s business as usual with the Degree Show. But this year, BA Fine Art students have curated their own show, engaging collectively to present the work of nearly 200 fellow artists.

What began as a move by the BA Fine Art Pathway Leaders and the Course Leader to give the graduating artists more agency in the display of their practice is now bearing fruit.

The process started months ago with an open studio event at which students were encouraged to meet their counterparts from other pathways and social groups – almost like speed dating. “We haven’t all been in tutorials together. We haven’t talked about everyone’s work together,’ explains student Josephine McGarry-Hunt, ‘so quite quickly you have to say, ‘I do this, you do that. We’re quite different but there’s a core, a difference or a similarity. Whatever it is, we can work with it.’”

And so groupings formed, not around material or aesthetic but concepts and approaches. Josephine’s group of six discussed their work, figuring out resonances across their practices as well as the differences between them:

The lateral connections you had to make in that speed-dating scenario means you don’t just find someone who paints like you. You’re forced to make rash, possibly wrong, quick decisions. Your group is disjointed so that process of finding those connections and how one work relates to another was important.

Soon the practicalities took over the conversations: what type of space was required, was it wall-hung or freestanding, does the work need electricity, what eye height should it be at? With the Course Leaders listening to the needs of each group, the College’s space was carved up and the students met their neighbours and settled into the space that would be their work’s home for the fast-looming Degree Show.

Being in curatorial collectives continued to be useful as the graduating artists negotiated among themselves how to display their work:

We all get tunnel vision. Everyone here is thinking about their piece – I want it to look good and this is my plan. And then there’s five other people saying ‘you need this, but you don’t need that and have you thought of this?’ Although we all care about our own work we have to react to the people around us and find the best place for each one.

With assessments on the horizon, we wonder if the process of curating their own show has added unwanted pressure or has done what was hoped, empowered. “I’m not the most natural collaborator – I like to control my work,” says Josephine, “But I think it’s made me realise that it’s possible to work in such a chaotic, large space with people you don’t know well. It goes to show that there are hurdles that everyone has to jump because these things are big and complicated. But it can happen, it can be alright.’