Partnering with the Shacklewell Arms stage, showcasing student work at the Village Mentality tent and volunteering with Shelter to offer guidance and directions, the weekend was a brilliant opportunity to present our students’ projects and dive into the festival spirit.

The Village Mentality tent was situated on the Village Green directly opposite the festival’s entrance. It featured projects, performances and decorations by our Drama & Performance and Art programme students. Metaphonica, the experimental music event curated by CSM alumnus Dan White returned presenting an impressive line-up of students including Subash Thebe, Neale Willis and Harry Smithson. 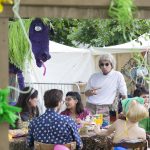 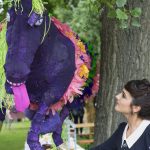 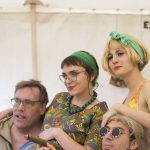 Throughout the weekend, Naughty Horse Productions, a collective of second year BA PDP students presented a ’60s influenced production, responding to the era in which music festival first began. The performance presented a tense family environment, masked by extravagant clothes, make-up and decorations, which included an oversized purple horse piñata.

Engaging with the audience as they arrived at the festival, CSM students introduced festival-goers to their increasing family tensions and invited them into family portraits. Drawing a large audience, the performance culminated on Sunday afternoon with the beating of the piñata, out of which a concoction of cocktail sausages, rubbish, sweets and family secrets collected over the course of the weekend were released.

Graduating BA Fine Art student Kat Buchanan returned with her project Cats. Described as ‘a playful critique of spectatorship and expectations of performance’, the Cats played a set of games, following and hiding behind passersby. 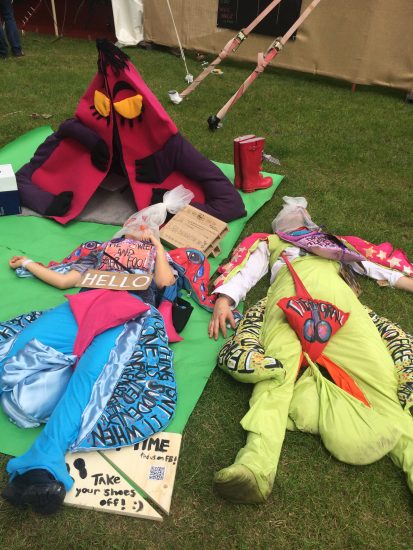 Inspired by human vulnerability and sculptures in an African art exhibition, PDP student Fié Neo brought her project ‘Toby Time’ to the festival. Offering a comfortable space for passers-by to feel free from vulnerability, the project also invited participants to share their memories and climb inside Toby, an abstract felt tent with hugging arms. The result was many people sharing heartfelt memories.

Later in the day, the Toby Time team also took part in a cake tower competition with our neighbours across the Village Green. Building the highest cake tower and eating faster than their competitors, the students won VIP tickets to see Massive Attack in Hyde Park next month.

Closing with headliners Beach House and Metz on the Shacklewell Arms stage, the festival was a brilliant success – thank you to Field Day and all the students and staff involved. View the gallery below for more images from the weekend’s festivities. 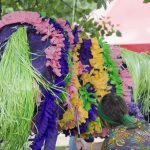 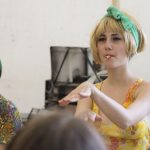 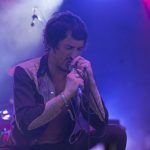 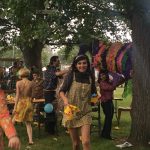 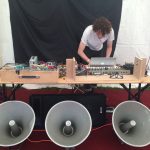 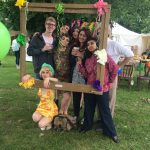 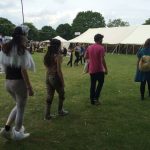 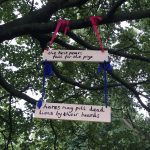