One of the threads running through the Creative Unions exhibition is that creativity flourishes in the open. Here, we talk to a handful of the exhibitors (and recent graduates) whose work breaks boundaries.

While disciplinary boundaries continue to dissolve, our contemporary context sees national and social borders become more entrenched. Creativity benefits from conversations and actions across these lines and so we gathered up projects that reflect not only the importance of collaboration but work that challenges isolationism. 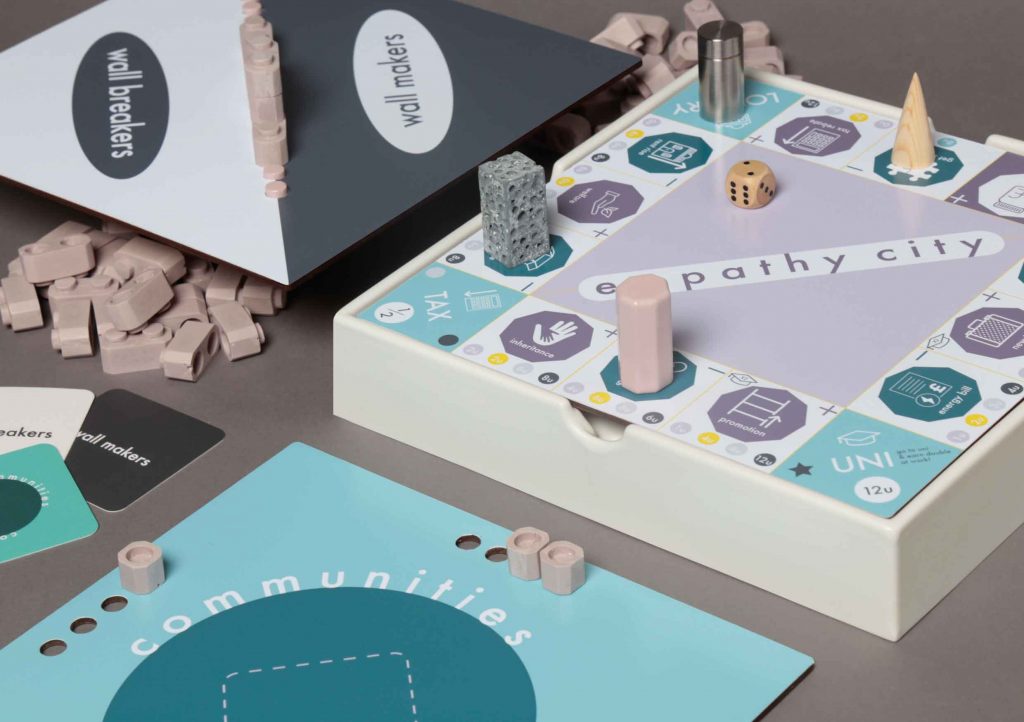 “There are three or more borders (geographical) between me and my friends and family, I cross those borders over 10 times a year,” says Kaye Toland, a graduate of BA Product Design whose work in the show include a conflict resolution board game built around wall-building and wall-breaking, inspired by her home town Belfast. “I am using design as a tool for conflict resolution. The designs are the mediator and as the designer I must travel across the borders of each conflict the design is addressing.” 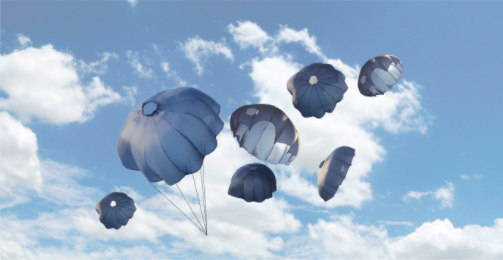 Beyond the context of conflict, many of the designers are pre-occupied by boundaries as barriers to problem solving, whether global or local.  “You only have to look up to the birds or the clouds to remember that borders are arbitrary lines formed by humans,” says Lily Consuelo Saporta Tagiuri, “While diversity of landscape and culture fuels my work, the fragmentation of nations prevents us from working together to address global climate, health, and social issues. Through focusing on natural cycles such as clouds, my work addresses the shortcomings of borders and exposes the earth is a non-delineated whole.” Tagiuri, a graduate of MA Industrial Design, presents High Heat, Low Water: tools for a hotter, thirstier planet, a series of objects offering a glimpse into the ways we will live our lives in the wake of climate change. 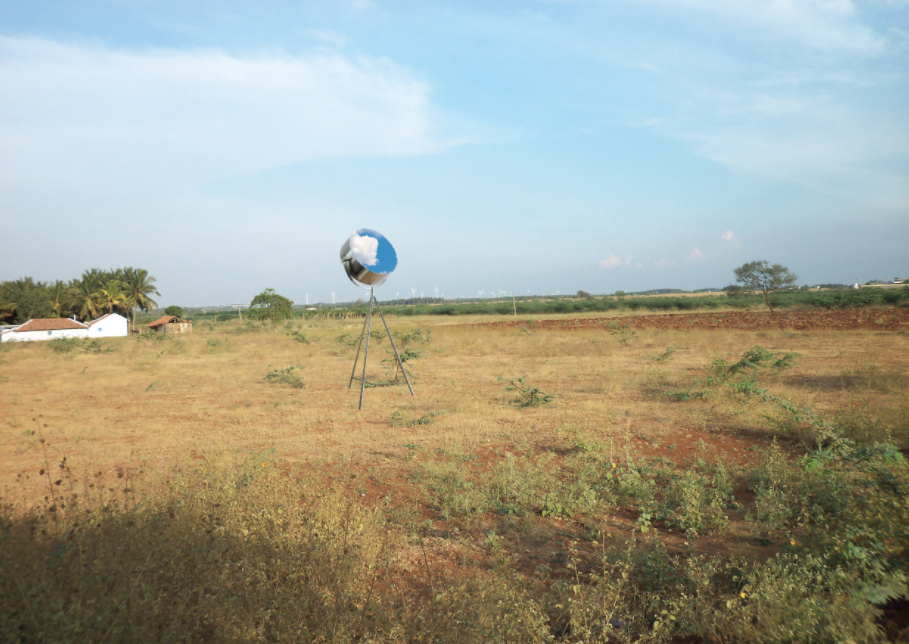 From a cloud seeder that induces rain through chemical injection to a cloud-catching kite which gleans water from air moisture, High Heat, Low Water is a practical response to a near-future. Taking technologies that are held by governments and corporations and domesticating them, Tagiuri highlights the potential politicisation of a seemingly uncommodified material: water.

Design doesn’t have a duty to be political, duty, but it’s a given. At this point a design seems incomplete if it does not consider, expose or question the context in which it is created and presented. Even if a design appears to be apolitical, it is entering a world that will quickly politicise it just through incorporation into the everyday.”
Lily Consuelo Saporta Tagiuri, MA Industrial Design

For Laurence Neal, M ARCH Architecture, politics informs and influences the physical production of the city. His project focuses on Liverpool, UNESCO awarded the city World Heritage Status in 2004 and now threatens to revoke is in face of the development of the city’s northern docks. Neal presents small renovations and interventions to rethink the heritage space and mobilise the community’s pride for their collective history. “In the current political climate, it is more important than ever to enable people to shape the places they care about… Cities are an iterative process. They aren’t built overnight and can’t be shaped by the will of only a few people. If we are to successfully co-habit there has to be exchange of ideas and principles. For me, design is one forum around which this exchange can take place as a tool for collaboratively shaping our cities; through that process we can identify our values and reflect them in what we build.”

Collective action and collaboration is a recurring theme throughout the work on show, most notably in Spatial Practice projects. “Architecture wouldn’t be able to exist without inter-disciplinary collaborations,” says Tom Atkinson, M ARCH grad and exhibitor. Both in practice but also research, architecture is a collaborative process. Atkinson’s final project, The Micro-Developments Bureau, was a direct response to the housing crisis, surveying the suburban landscape and devising five homes to fit re-occurring plots and a range of social tenants. 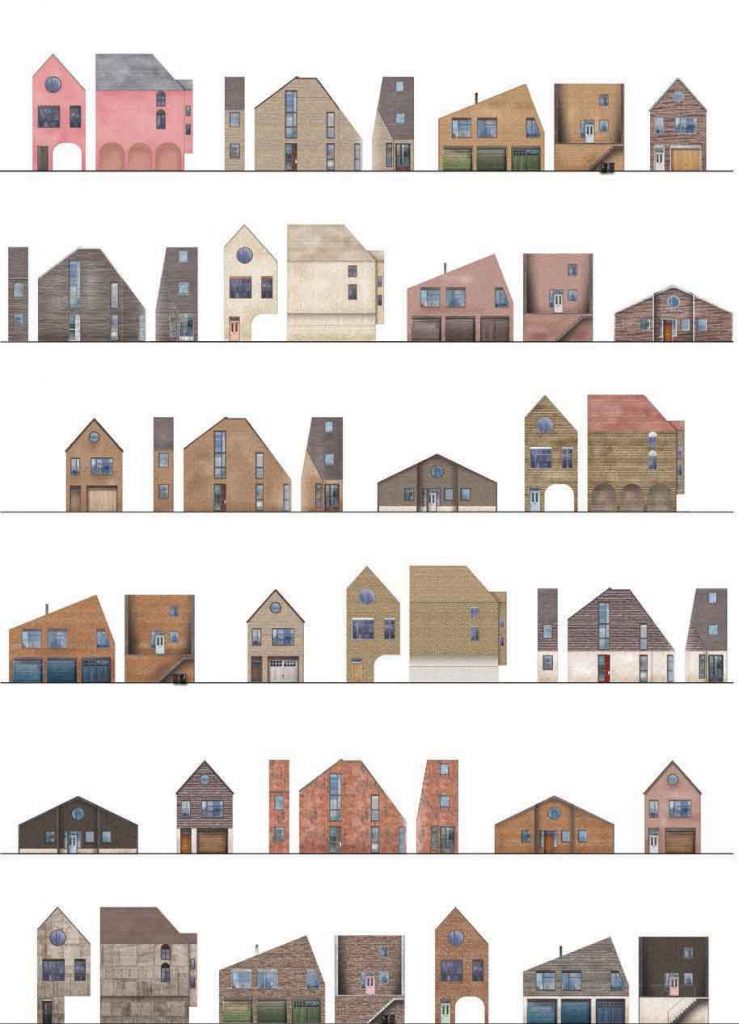 Throughout this process he worked with David Knight, a PhD student exploring the planning process as well as engineers eager to develop new construction systems:

Working with professionals from a different background enables you to see a different point of view, it is also incredibly important to work with people who are not professionals and have no knowledge of the profession. This is something my course does a lot, we’ve had crits with artists, activists, charities and wildlife trustees. If you stick to conversing with your own professional – whatever it may be – you will be stuck in an ever-isolating loop, an echo chamber that will become impenetrable from anyone but your professional.”

Creative Unions is on show in the Lethaby Gallery, Central Saint Martins, until 21 October.