Complex Topography at the Folkestone Triennial

The global and local collide as art students from Central Saint Martins and Tokyo University of the Arts collaborate on an exhibition.

Every year since 2015, students from both MA Fine Art at Central Saint Martins and MFA Global Art Practice at TUA have collaborated through joint teaching on both sites culminating in a public exhibition. The first two years produced shows at the Ritsurin Garden in Japan as part of the Setouchi Triennale, but 2017 brought a shift as the focus moved to the Folkestone Triennial here in the UK.

“The project is a way of thinking about what “global art” might be”, says Graham Ellard, Tutor on the Fine Art Programme, “it’s a term which is not unproblematic and needs to be unpacked – at the very least it’s a complex landscape.”

Both courses are inherently international with students from across the world meaning that although the CSM x TUA project is a collaboration between art schools in Japan and UK the international conversation is notably broad and diverse. What is most interesting perhaps is while the collaboration may cross halfway across the globe, the resulting work has been resolutely local. 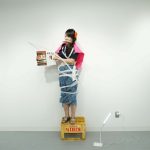 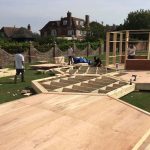 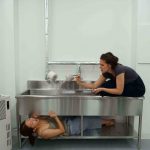 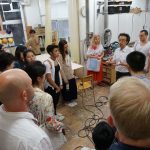 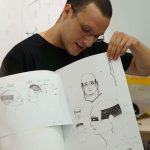 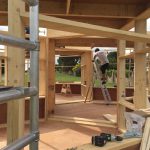 For this third edition of Complex Topography students took part in intensive teaching sessions in Tokyo and London based on contextual research and practical experiment. Working together on site over one week for installation in Folkestone the project culminated in 8 days of exhibition, performances and participatory events. The students focused on what was particular about Folkestone leading away from the global toward the local. “Far from grand narratives, a lot of attention was paid to the other end of spectrum, the micro-narrative; the anecdote, to local folklore and history,” recalls Ellard, “one of the questions the students faced was how do you negotiate a place that’s new to you, that you don’t know? It’s important to recognise that you don’t know, and to learn from the situation.”

The site for the artists’ works was a pavilion designed by Ellard and his collaborator Stephen Johnstone located on The Leas cliff top walk. Complex Topography was open for a week, compared to the Triennial’s less temporary commissions which are in situ for three months. This, combined with the intense preparation time, and the fixed parameters, meant work could be deliberatly responsive, contingent and dynamic.

Around the solid and formalised structure of the pavilion, the show was an eruption of the unruly”
Graham Ellard, Tutor, Fine Art Programme

For Cacho Andres, an MFA Global Art Practice student originally from Mexico, the local connection was with Stephen Palmer from the Folkestone Shedders. The Shedders are an ex-military group working with carpentry as a way to improve wellbeing and create social connections. 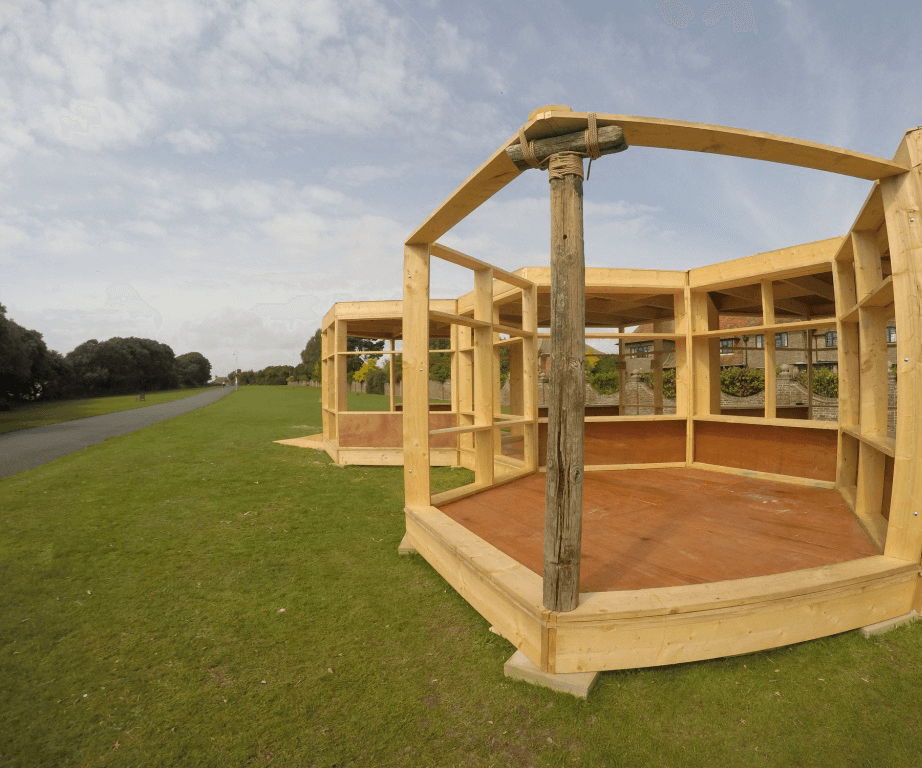 Andres’ practice looks at “the intimate relationship between hand and thought” and with Palmer’s help he replaced a column of the pavilion using an old telegraph pole. The original pavilion column was then transformed into chopsticks which were given away to visitors over the exhibition’s run. Alongside the craft traditions of both Japan and the UK, “place” for Andres was expressed through the resonances and transformations of material. Make and Mend with Andres Cacho with Stephen Palmer (right)

For Mariia Fedorova, MA Fine Art student from Central Saint Martins, Folkestone offered a fruitful micro-narrative in author Agatha Christie’s residency to write Murder on the Orient Express at the Grant Hotel on the town’s seafront. This appealed to Federova, as she “tried to imagine how the town could inspire her, how she could feel herself in the interiors of the hotel”. Stories moving from fact to fiction, that shift from real to imagined, physical to virtual, became her focus. “I’ve always been fascinated by the process of transformation,” she says, “and for this piece, I understood that Agatha Christie was an English author, but Agatha Christie was also quite a popular Russian rock band, so I thought that probably it’s time for the next reincarnation of Agatha Christie, which, yes, is my fiction, but it possesses recognisable features from her two previous lives.” 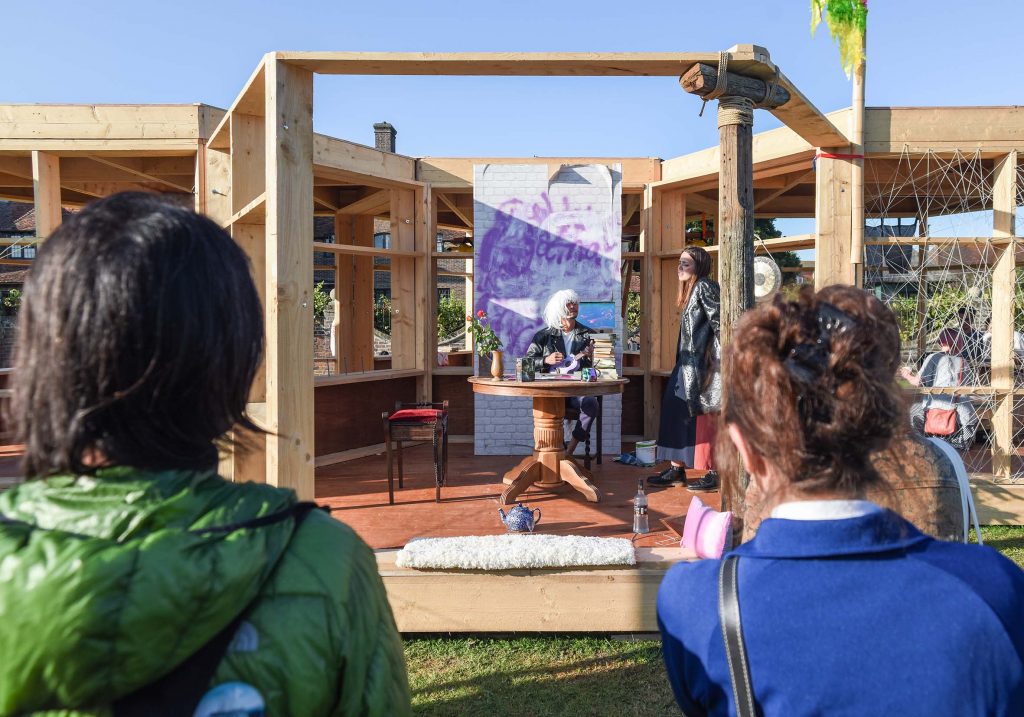 The artist used the pavilion as a platform for performance, reformed as Christie’s hotel bedroom the stage was set for her spoken word and musical piece, created in collaboration with local performers. “Place” for Fedorova is a vessel for ghosts, memories and imagination all ready to be remixed and reincarnated.

From working on a piece with such specific geographic roots, how did the students find the international exchange? “You can see how the same idea reveals itself depending on circumstances,” Fedorova says of taking her work from London to Tokyo and then Folkestone, “and we are not only different nationalities on the project but also different ages and artists with diverse practices, so you had an opportunity to look at yourself from various angles, which was useful for reifying myself, my practice and priorities.”

Complex Topographies ran from 31 August to 6 September as part of the Folkestone Triennial, 2 September to 5 November. Documentation of the project, along with the model of the pavilion will be displayed in the Vitrine, the lift lobby at Central Saint Martins, King’s Cross, from November 4 – December 5.