It’s been five years since Central Saint Martins relocated to King’s Cross and during that period of settling in we’ve been keen to get out of our workshops and seminar rooms and into the public spaces around the new building. Before we sit down and take stock with our neighbours for the roundtable discussion 5 Years In, 5 Years On this Friday, we’ve gone back through the photo album to pick some favourite local projects. Unannounced Acts of Publicness, 2015, saw ten artworks appear mysteriously across ten days in Granary Square. Initiated by AIR, the project brought art into everyday life at King’s Cross. Here’s Ball Games by Alex Schady, Programme Leader for Fine Art – a huge geodesic ball rolled by children in masks and silver hoodies alongside a man with a silver ball for a head. Having rolled the ball into trees and through fountains, it was finally abandoned. 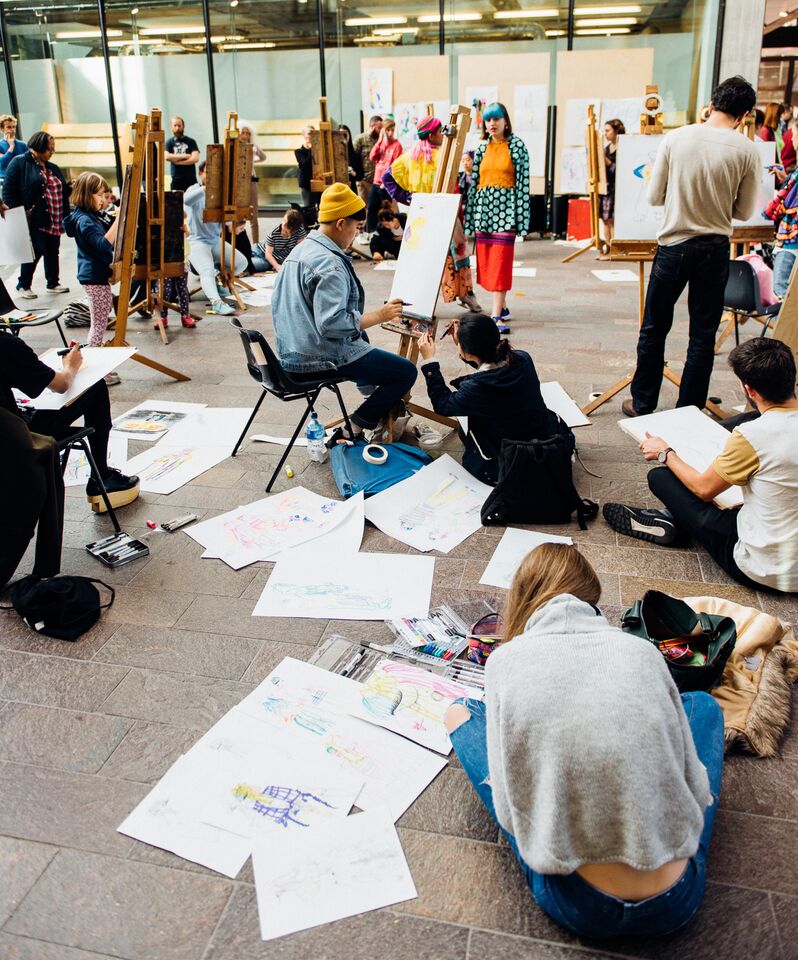 The Big Draw took over in October 2015, with several Programmes from across the College playing a role running a free programme of all types of drawing from performative and collaborative to screen-printing and fashion illustration. Check out the film here.

In 2014, we staged our BA Fashion Show outside of the building in the Handyside Canopy – hence the tarmac. Grace Wales Bonner (pictured here with her collection) won L’Oréal Professionnel Talent Award. The following year, the BA Fashion students not selected for the press show staged their own guerrilla fashion show called Encore with their collections brought to life in the public space and fountains of Granary Square. Encore continued this year, becoming a fixture on the Central Saint Martins’ calendar.

In the Future Libraries project, Camden Council explored opportunities for reshaping library services with the help of Public Collaboration Lab and students from MA Industrial Design. Back in 2012, Songboard at King’s Cross station – a project by MA Narrative Environments and BA Architecture students – gave passersby a method for visual declaration through 2,940 plastic balls arranged in a grid, the most surprising being a proposal. 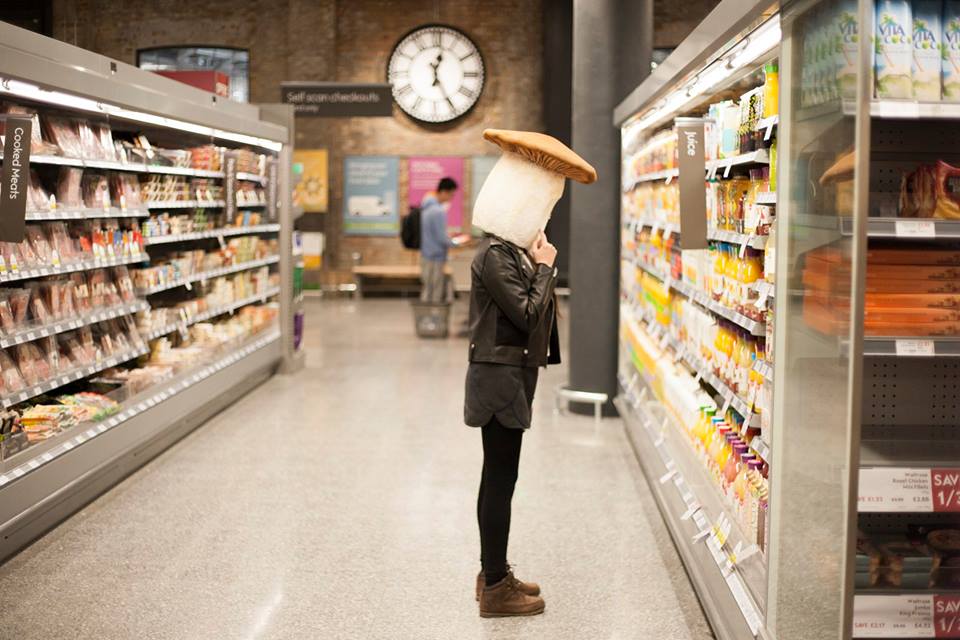 Two mentions for our Performance Design and Practice Programme who are never shy in stepping beyond the College walls. A favourite student project from this year is BA PDP student Kuan-Yao Liao’s Mushroom Head piece that appeared in various locations throughout King’s Cross.

Not to be outdone, here’s MA Performance Design and Practice students moving through the College building and the Granary Square fountains while reinterpreting Pina Bausch’s Season’s March.

Last, but never least, BA Ceramic Design‘s Duncan Hooson brought the Clayground Collective to the canal outside College with A Monument to the City and its Anonymous Makers in 2015. Five tonnes of clay arrived as did 3,000 people who took part over two days.

From giant mushroom heads and giant blue balls to ceramics and drawing workshops, Central Saint Martins has been experimenting with its new surroundings and local communities. Five years on, there are plans afoot for plenty more local projects so all that’s left to say is watch this space.