Can Graphic Design Save Your Life?

“Can Graphic Design Save Your Life?” is the question posed by Rebecca Wright, Programme Director of Graphic Communication Design, in a new exhibition which she has co-curated at London’s Wellcome Collection. From the Red Cross to pharmaceutical packaging, it looks at the role of graphic design in health and medicine.

“Graphic Design in and of itself isn’t that interesting,” says Wright as she explains the thinking behind the publishing house GraphicDesign& that she set up with Lucienne Roberts, “what is interesting is what it does in relation to the subject that it’s serving. It is a service industry for the public and it comes to life in that context.” 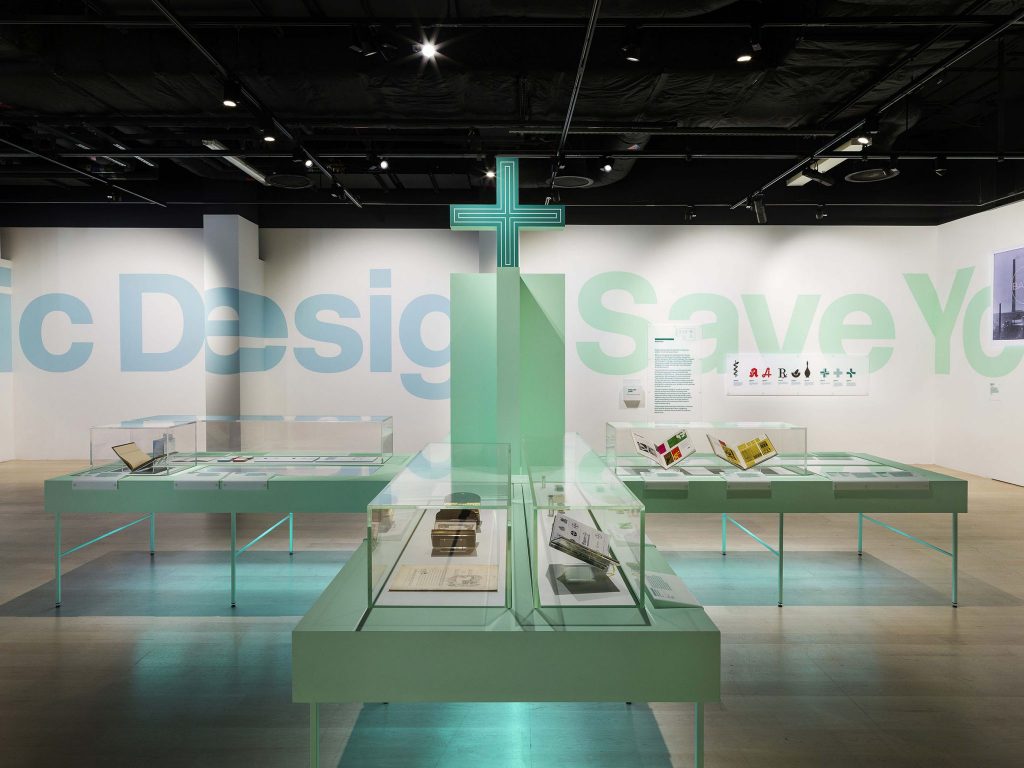 Can Graphic Design Save Your LIfe? at Wellcome Collection (photo: Andrew Meredith for Universal Design Studio)

The discipline’s relationship with other subjects has been the focus for a series of books that Roberts and Wright have written, spanning from religion to literature and mathematics, and most recently the duo alighted on health. A few years ago, they approached the Wellcome Collection with the book idea and after a couple of conversations the project had grown into an exhibition, that’s just opened its doors to the public. (A book accompanying the exhibition has been published by GraphicDesign& and can be found here.)

While the scope developed to include more historic examples from the Wellcome’s extensive archive, one thing remained crucial:

Graphic Design is not precious, the range of material includes things that many people will have used and even thrown away, things that we got from Ebay during our research. What we want to do is draw people’s attention to something that’s so easily taken for granted. Graphic Design is all around us, all the time, in both positive and frustrating ways but we don’t recognise the role that it plays.” Can Graphic Design Save Your LIfe? at Wellcome Collection (photo: Andrew Meredith for Universal Design Studio)

From advertising and packaging to public health posters and hospital design, “Can Graphic Design Save Your Life?” explores how graphic designers persuade, educate and soothe their audiences. Underneath many of the exhibits are stories of their real-world impact – from the alleviation of anxiety or the reduction in cigarette sales to the containment of an outbreak.

This is one few facets of Graphic Design that everyone feels good about. Some would question if we should celebrate selling another product or designing another annual report but this is an area where we can all, as designers, point and say ‘See, this is our function’. It’s great to reveal some of that.”

And of the title? “It’s cheeky of us to leave it as an open question but we want to be provocative. We want to the audience to think about that; although, we know the answer that we would give!”

Here, Wright talks us through a few favourite projects and exhibits: We use smoking as a way to look at the good and bad of Graphic Design’s role in persuading behaviour. It was integral to the success and proliferation of brands like Lucky Strike and Silk Cut. When I was a student the question that was asked was “would you design for a cigarette company?”. There was so much well-paid work there, but the scientific evidence was incontrovertible. Now, it would be a meaningless question.

It’s one of the few areas in which the influence of Graphic Design has been recognised, the WHO has seen that removing features from the packaging has been one of the most effective measures to reduce smoking.

But designers love working with particular restraints, so alongside anti-smoking campaigns we’ve included speculative cigarette packaging – using the set of restrictions for creative opportunity. One typeface, capitals for the warning only, a set point size of the branding, no colours for the brand and the background colour is Pantone 448, which was identified as the least appealing colour. 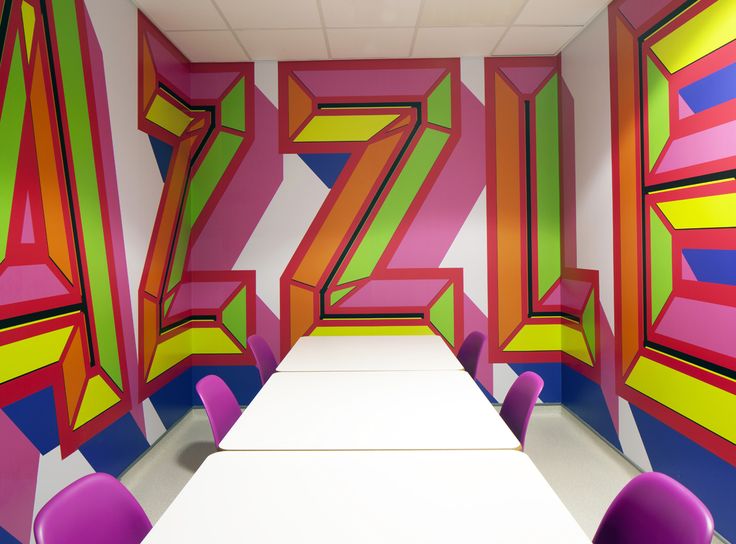 There is a joy that beautiful design can add to medical environments which are often austere and off-putting to anxious patients. There are some great examples, we’ve included Morag Myerscough’s bold work for the Children’s Hospital at The Royal London Hospital, Kenya Hara’s delicate signage systems and Stockholm Design Lab’s work for a series of pharmacies inside Swedish hospitals. 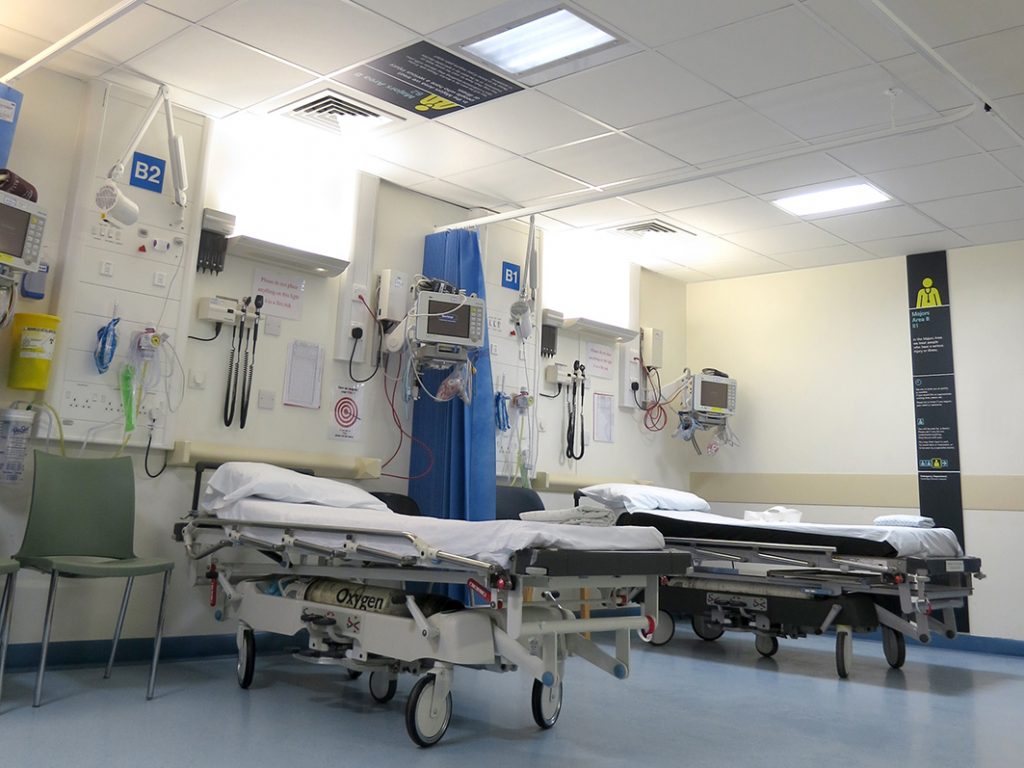 Graphic Design is not always about things looking nice. One of the great examples of its impact is Pearson Lloyd’s A Better A&E project. It’s a company that works across many design disciplines but its solution wasn’t about furniture or the service system – it was about information.
Information in the waiting room so patients can understand why someone else might be seen faster or signage on the ceiling so while you’re in bed you can take that in. By informing patients you remove anxiety which is the cause of much of the negativity and ultimately violence. There was a 50% reduction in violence in A&E – that’s incredible! 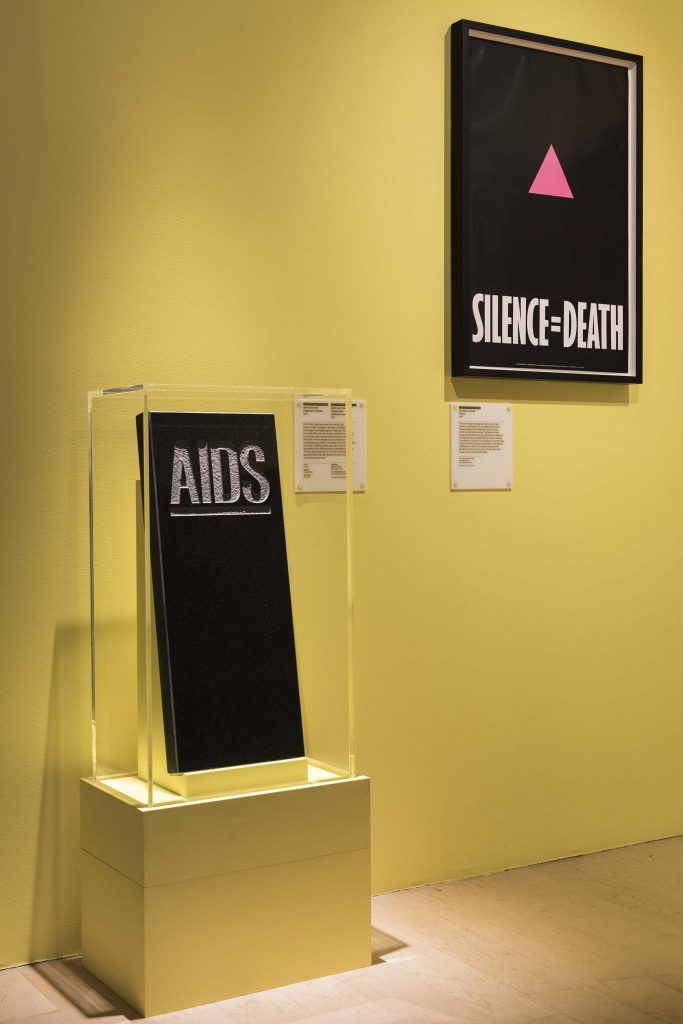 Not all the work on show is without controversy though. We’ve included the letter-carved granite gravestone from “Don’t Die of Ignorance”, the AIDS awareness campaign in the 80s.

The Tory government realised it needed public health action – there was almost a mythology of misinformation. A leaflet was sent to every household in the UK, but the strategy was fear and you can question whether that was an effective method because it also fed into a stigma.
Having spoken to Malcolm Gasken, one of the designers who worked on the campaign, I can see how they thought it was the only option available at the time because they needed to make a population take notice. There was an urgent need to have impact. 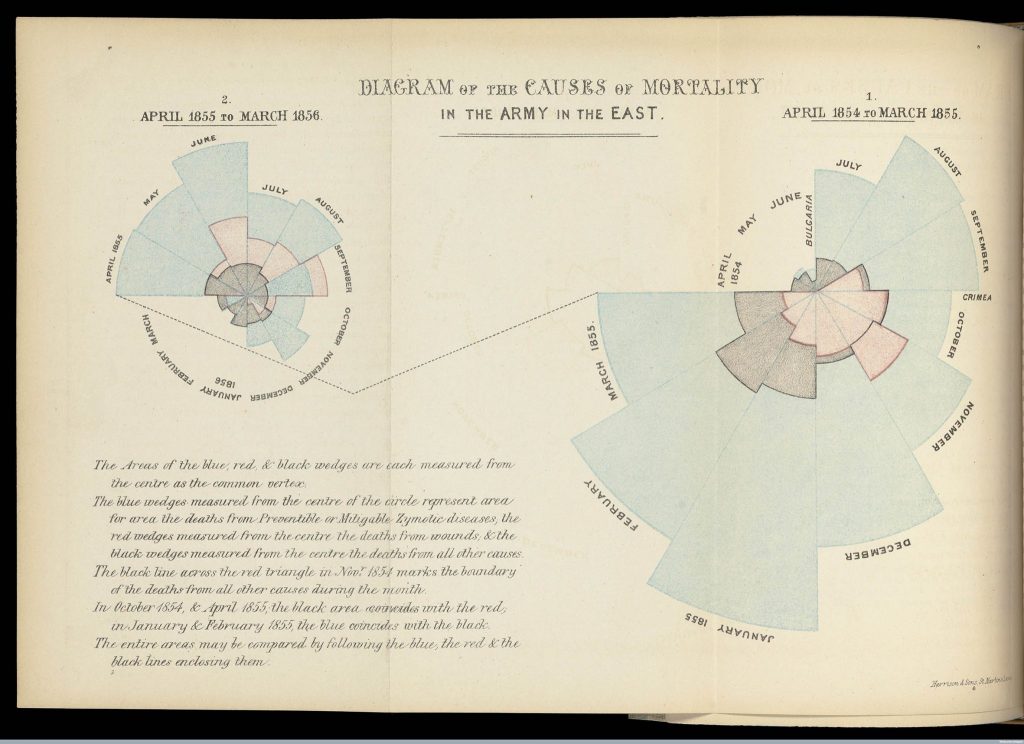 Diagram showing mortality statistics of the British army in the Crimea, 1858 by Florence Nightingale, Wellcome Library

This is a reminder that there was Graphic Design before Graphic Design. It’s Florence Nightingale’s representation of information, demonstrating that the majority of deaths of soldiers in the Crimean War was due to infection and not their initial wounds. It wasn’t about telling but showing and it directly affected nursing practice.

Too often we think of Graphic Design as the end of the process – the skin, the aesthetics – but it can also be a catalyst for change, it can be gritty, fundamental and extraordinary.

“Can Graphic Design Save Your Life?” is on show at the Wellcome Collection, London, until 14 January 2018.