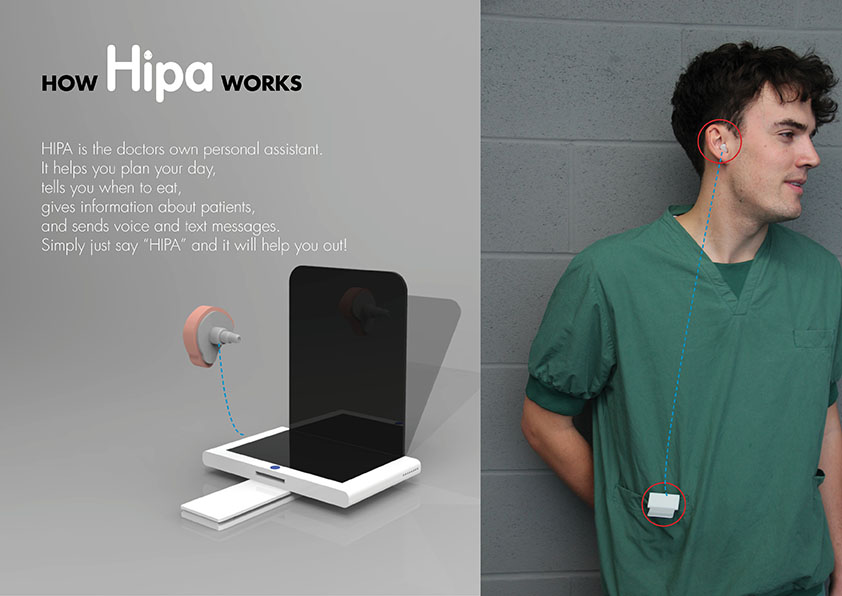 Joel August Stein is about to enter his third year of BA Product Design at Central Saint Martins. Together with Nottingham student Alec Machin, he was named joint winner of the RSA Richard Howarth Award.

Richard Howarth is an industrial designer at Apple and himself won the RSA Student Design Awards in 1993-94. Richard decided to support the next generation of designers by ‘paying forward’ his award.

For this, the inaugural award, Howarth personally selected the work based the winners’ outstanding enthusiasm and commitment. Machin and Stein will split the £4,250 prize money, receiving a cool £2,125 each.

Stein’s winning entry was Hipa, a personal digital health assistant and communication device for staff in hospitals. His work was a response to scientific studies that have shown hospitals to be some of the most stressful working environments.

Describing his win as a “huge achievement”, Stein said: “To get recognition from the RSA and from one of my idols, Richard Howarth, is something you can only dream of.

“The RSA has opened me up to a new design perspective, and given me insights and tools that I will use in my work from now on.”