Robin Soutar, who graduated from BA Performance Design and Practice two years ago, has designed the set and costume for the upcoming New Adventures Choreographer Showcase.

Following a competition earlier this year with New Adventures, Matthew Bourne’s renowned dance company, Robin was selected by award winning choreographer Jamaal Burkmar for his designs. With just under a week to go until the show premieres here at the College, Ged Matthews, Creative Producer for the Platform Theatre, caught up with Robin to find out more about the competition and his designs for the show.

Why did you get involved in the competition?

With the New Adventures competition, I saw the College’s post on Facebook and jumped at it. I love dance and the work of Matthew Bourne and his designer Lez Brotherston. I just thought – I want this! 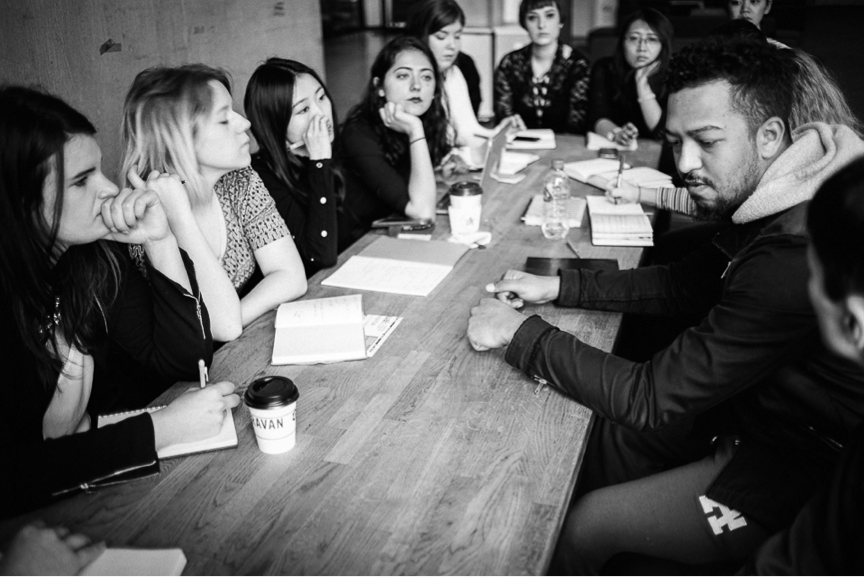 The competition itself was broad and very collaborative, which is rather unusual. How did you find that process?

It was interesting to interview with sixteen other people for it. It was almost impossible not to feed into each other’s ideas; you can’t really help it. But I didn’t like the neediness that comes with a competition. I didn’t want to push myself on Jamaal and say, “look at my stuff”. I felt that the project suited me and I hoped that would come to light through my work without having to force it.

What has the design process been since you won the project?

I started a Pinterest board for the piece and just kept feeding into it. Jamaal would comment and we began Skype calls. They are rehearsing the piece now and it keeps developing all the time. 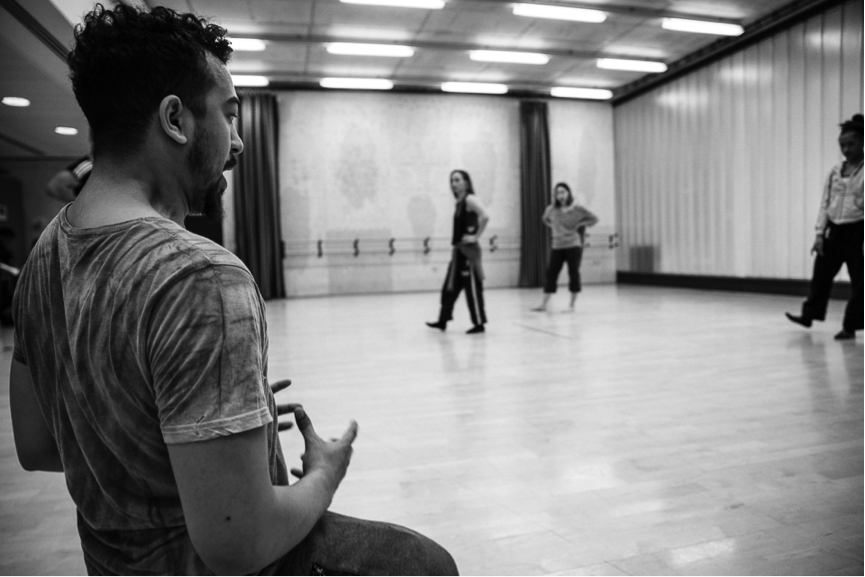 Can you talk us through the idea for the piece?

Jamaal really liked the idea of having shoes hanging from telephone lines, so there are a lot of shoes in the design! I discovered this charity called the British Used Clothes Company, they ship second-hand shoes to Africa, and luckily I managed to hire hundreds of pairs from them.

Your designs will be seen by an audience including Sir Matthew Bourne and Lez Brotherston, what are you hoping might come from the showcase?

This is the best thing I’ve done in terms of exposure. There will be people coming to the show who wouldn’t normally see my work. All I hope is that I’m a nice person to work with and that that will be communicated to other people who might want to work with me in the future.
I’ve still got a lot of work to do but I have loved it.

The New Adventures Choreography Award Showcase opens on 21 September in the Platform Theatre, visit the theatre’s website to book your tickets.