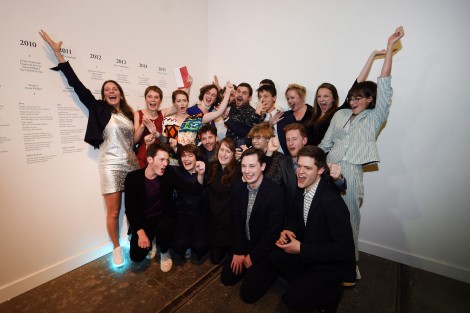 The 18 strong collective Assemble won the 2015 Turner Prize at Tramway, Glasgow last night. Assemble raised a huge cheer from their guests – residents of the Granby area where their Turner project is still ongoing – as they accepted the award from Sonic Youth’s Kim Gordon.

I think it’s safe to say this nomination was a surprise to all of us and the last six months have been a super-surreal experience. But it’s allowed us this amazing opportunity to start something – Granby Workshop – which we hope will live on for a very, very, very long time. We’re really really grateful. Thank you.

Assemble’s Turner Prize is a signal that the traditional categories of ‘art’ and ‘architecture’ have been dissolved, and for me this all for the best. The point is not whether they are architects or artists, but how they use their creativity and thinking to address issues – of making, of collaboration, of social engagement – that mainstream architecture has left behind. Everyone can learn from them, and it is great to have some of the Assemble team in the heart of our Spatial Practices programme at CSM.

It’s a surprise and a delight that Assemble have won the Turner Prize. It’s a sign that they operate within a mode of spatial practice that isn’t confined to professional boundaries, that blurs edges – and which is possibly better understood by the world at large as something to be valued.

The response to a collective of architects and designers rather than an artist produced a varied response. Adrian Searle in The Guardian:

Since reviewing the Turner prize exhibition as it opened, it is Assemble’s project that has stayed with me… It shows a revulsion for the excesses of the art market, and a turn away from the creation of objects for that market. Their structure that was on show at this year’s Turner exhibition must be seen not as a work, but as a model of work that takes place elsewhere; not in the art world, but the world itself.”

I think it’s changed the nature of the Turner Prize because I don’t think it is modern art. I think it’s socially responsible, beautiful architecture. But it’s a very peculiar year. 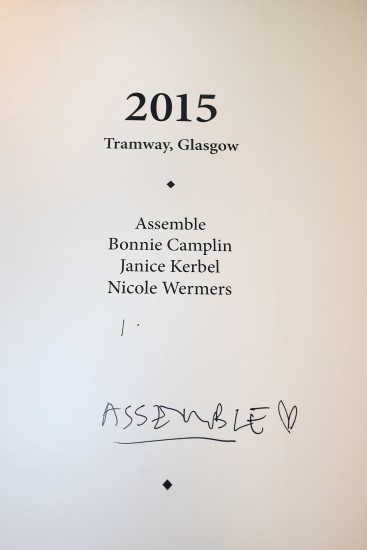