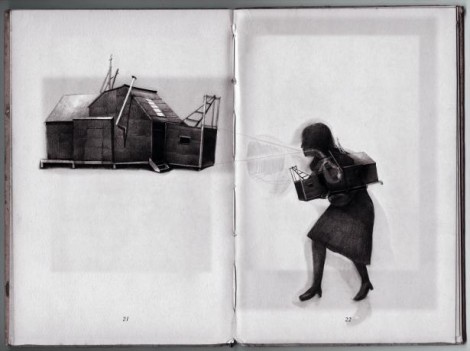 With almost 200 people in attendance, this one-day symposium held in February, drew on the work of artists, writers, theorists and neuropsychologists to explore creative and critical approaches to autobiography and memoir.

Taking on board autobiography and memoir’s complex negotiation of fact and fiction, truth and necessary lies, self-knowledge and misrecognition, memory and the continual reconstruction of events, the participants in this symposium set the stage marvelously for the project Intimacy Unguarded. They asked: What is love, and how do we represent it? What is experienced when holding another man? Why is it impossible to write one’s life? What happens when we are no longer able to recognize ourselves? What is to be done with all of the fragments that constitute a life? How to create a livable life story?

The beauty of the symposium was the speakers’ abilities to open up ideas, concerns, passions, failures, and promises; and for the audience to transform what was presented into an engaging and thought-provoking dialogue. Many questions were raised, and much was left open. Surely, this was an appropriate ending to the unfinished work of autobiography and memoir.

Organised by Joanne Morra and Emma Talbot from the School of Art at Central Saint Martins, this symposium was the starting point for ‘Intimacy Unguarded’, a 2-year research project in collaboration with the Journal of Visual Culture, IAVC (International Association of Visual Culture) and POWAP (CSM Practices of Writing and Publishing Research Group).

How to Grow A Wisteria

Emma Talbot is an artist, based in London. She teaches on the BAFA here at CSM. Emma’s recent shows include Laing Art Gallery, Newcastle, The John Moores Painting Prize, Drawing Now, Paris, Gallery Kussneers, Antwerp. Her work will appear in two forthcoming books by Thames and Hudson: ‘100 Painters of Tomorrow’ and ‘Drawing People’. She has work in the Saatchi Collection and David Roberts Collection.

See the presentation slides of How to Grow a Wisteria

Listen to the audio recording of her presentation.

Identity, Fragmentation, Mirroring: Between the Clinic and One’s Self 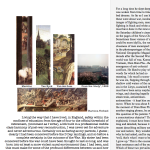 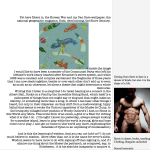 Diana Caine is Senior Clinical Neuropsychologist at the National Hospital for Neurology & Neurosurgery and an honorary Senior Research Associate at the Institute of Cognitive Neuroscience at UCL. Her published research has focused on the neuropsychology of dementia, disorders of autobiographical and semantic memory, and delusions of misidentification. More recently she has drawn on psychoanalytic theory to re-think the implications of neurological damage for subjectivity.

Adrian Rifkin’s most recent post was Professor of Art-Writing at Goldsmiths College, University of London.

My paper set out from the strange failure of mis-recognition of which Diana spoke and which she showed in her video clips. I wanted in a sense to appropriate or internalise the strangeness as a kind of ‘normality’ through which I could work to engage displaced self-recognitions as a form of life-writing. Taking fictional characters in whom I have an almost uncontrolled investment or with whom I am, so as to speak, infatuated, I wanted to wrest them from their factional fate, the finality to which they are put by their author and to re-write their life so as to become what I would want for them; to become a form of myself and myself an epiphenomenon of them. The two I showed were Hans Castorp from Thomas Mann’s ‘Magic Mountain’ and Fred Peloux, the titular character of Colette’s ‘Chéri’ and ‘Fin de Chéri’. I then set out to offer some narratives from ‘my own life’ as if I could find completable versions of myself simply in peope, things or writings that I have met.

Listen to the audio recording of their presentation.

Feeling My Way: the Art of the Intimate Encounter

Jon Cairns is a senior lecturer in BA Fine Art at Central St Martins. Recent research has engaged with the exploration of intimate affect in the context of public performance (Contemporary Theatre Review 2012) and questions of value in the context of recession (Visual Culture in Britain 2013). Collaborative practice with artist Julia Spicer, has included online work and curation, centring on explorations of the fictive and the fabulatory.

See the presentation slides of Feeling My Way

Listen to the audio recording of his presentation.

Lindsay Seers is an international artist working and living in London. Seers creates highly personal narratives, which interweave concepts of philosophy, science and photographic theory into work that charts an ongoing investigation into how cinematic and photographic technologies shape us. Driven by performance at every level (even in the act of recording) these narratives are punctuated by incredible plot devices that mimic the rupture at the heart of image production, creating a dramatisation of selfhood in all its melancholy and failure. Recently, Seers has won the Sharjah Art Foundation Production Award 2012 and the Paul Hamlyn Award 2010, and the Derek Jarman Award (2009).