Earlier this month our graduating MA Applied Imagination in the Creative Industries students presented the outcomes of their final research projects at the annual Applied Imagination Festival. Through a series of presentations and workshops our students shared their work publicly for the first time. With projects spanning environmental, technological and social themes, the Festival demonstrated the breadth of work by the students on the course.  This year the festival took on the theme of a ‘creative laboratory’ which encapsulated the rigorous testing and iterative process the students apply to their work.

Here student Federico Casu shares an insight into his work. Casu’s project The Skatepath looks to use skateboarding and the values its culture embodies – inclusivity, community and authenticity – as an empowerment tool. Here Casu tells us more about his work, highlighting key aspects and inspirations behind his project.

How can the values of the skateboard subculture empower young refugees while raising awareness of the need for inclusion within communities?

I’ve always been passionate about skateboarding, since I was about ten I’ve rarely been without a board. The aim of The Skatepath is to research new disruptive ways to foster inclusive behaviours in today’s society. It focuses on analysing the skateboarding community, the set of values it embodies and its social role, turning it into a communication and empowerment tool for young people from disadvantaged backgrounds.

Research shows how discrimination and exclusion can psychologically impact young refugees. Despite the struggles of over 160,000 UK charities to make change happen, they are not able to get the coverage, attention and political aid they need and deserve (Slack, 2016; Bulman, 2018). This project is an attempt to help young refugees raise their voices and be heard. My learning journey consisted of researching new and more effective ways to make this happen – with a skateboard. 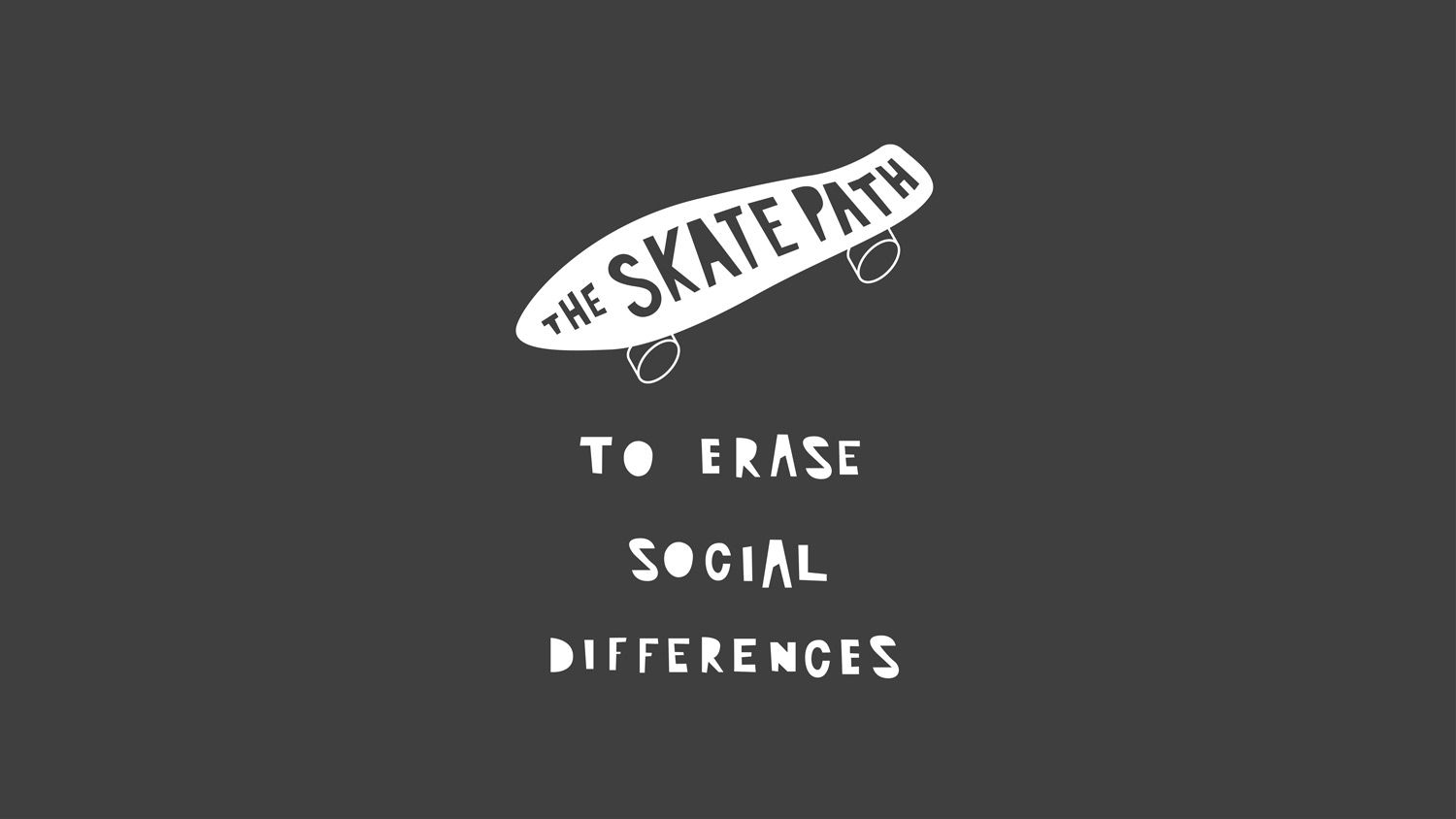 London is one of the biggest skateboarding cities in the world, just think of the Undercroft next to the Thames, the House of Vans in Waterloo, not to mention all the skateparks scattered around. Being a skater in such an active city was fundamental to my work. The many initiatives, screenings and events I attended as part of my research made me discover a whole new world: from Skateistan, SkatePal and other NGOs around the world, which use skateboarding to help and educate young people in countries torn apart by war, political oppression and religious extremism, to the many brands I came across, which share the values of inclusivity and freedom through their products. Thanks to these factors I was able to find both inspiration and a strong community that supported my ideas and still does.

While developing The Skatepath, I found that people were interested in what I was doing and wanted to take part in it. One of the events that created the biggest impact was a skate lesson I gave in Leeds earlier this year. On 2 October, I went to Leeds to meet a group of young refugees who are supported by the Red Cross. It happened at the Works, an indoor skatepark, on a particularly windy day. After getting in touch with a number of stakeholders, among which there were associations and brands, I was able to let everyone in for free with a board and a helmet provided for each person. The people involved had never tried skating before and, besides being really good at it, they proved that you don’t need to be a skater to own the values of the skating community. The aim of the lesson was to test spontaneous interactions and reactions between the young refugees and local people to observe the extent to which skateboarding could foster unpredictable, inclusive behaviours. And it just happened. All I could see was a group of young people having fun; I couldn’t see refugees anymore, they were just kids enjoying the moment. I also wasn’t the teacher anymore, I was just one more person in the group. This event provided fundamental insight, encouraging the project’s development and it made me understand the possibilities of skateboarding within different environments.

Thanks to this lesson, I realised how that process represented an application which opened people up to positive social interactions and acceptance of one another, with the possibility to apply it to any number of social situations.