A goodbye to Rob Kesseler

After four decades at the College spanning life as a student, technician, tutor and UAL chair, Rob Kesseler talks to us about his career in ceramics

“If I see a crowd of people I tend to go the other way,” he says. This tilt away from the obvious might explain how he’s remained at the heart of ceramics at the College since the ’70s, through its various incarnations, not to mention his more recent discipline-dissolving role as UAL’s chair in Art, Design and Science. 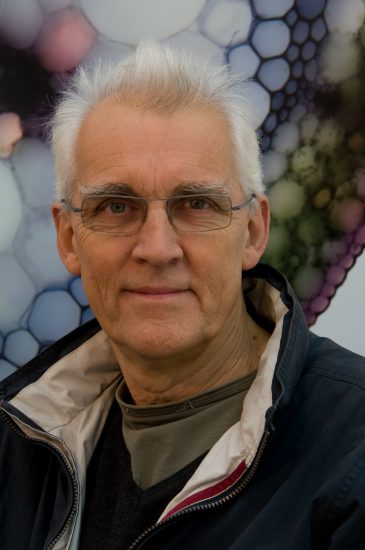 “I like ceramics as a cultural artefact, but clay itself is a bit of a dumb lump. You have to do everything to it,” he says. Kesseler has no romance about his material and continues to surprise even as he plans his retirement. However, over the past decades, through both his teaching and practice, he has returned again and again to the transformative powers of the “dumb lump”.

There are two strands from his childhood that echo his adult preoccupations: cycling through the bucolic landscape and visits to the industrial heartlands of Birmingham. The twin influences of nature and manufacture tidily re-occur throughout his career.

On Foundation in Birmingham, Kesseler worked with clay for the first time and then headed to London’s Central School, in part to escape what he describes as ‘the honed lawns of Solihull’.

At Central he was taught by Gordon Baldwin, Mick Casson, Eileen Nisbet, Dan Arbeid among others. Following graduation, Kesseler experimented with his work while also being a technician, and then tutor, in the College’s ceramic department. Image-making – drawing, painting and print-making – was a continuous impulse, whether he was working in clay or not. And materially he roamed, from slurry found in College waste bins to stones embedded with Swarovski crystal and salvaged blocks of tree – victims of Dutch Elm disease but perfect for direct carving.

When ceramics at the College transformed into ‘Ceramic Design’, the new course was written by course leader Kathryn Hearn and Rob Kesseler working together. “When the ceramic world heard that we were starting a Ceramic Design course they were laughing up their sleeves and didn’t even hide it,” he remembers with a knowing smile, “they joked it was going to be all sanitary ware.”

Although the label of ‘industrial’ was initially hard to shake off, the slew of baths and sinks failed to materialise as the new course was embedded in the broader systems of design as well as retaining its material exploration. The second year students continued the annual pilgrimage to Stoke-on-Trent but now added a trip to Ambiente product fair in Frankfurt to experience both sides of an object’s life, production and the marketplace. The course began running projects with external clients – the first being then Elle Deco editor Ilse Crawford (‘she turned up in a diaphanous leopard print body suit – a far cry from mud and plaster spattered aprons. She was fantastic’) – to bring in voices from across industry, offering deeper professional perspectives than the tutors could offer. “We still firmly believe in making skills but they have to be applied to something. There has to be you, your skills and something else,” he says as he sketches out an invisible Venn diagram with his hand.

In keeping with the avoidance of crowds, the course didn’t “bow down to the east” he says, it steered clear of the Anglo-Oriental conversation into which much of studio ceramics had entered.

His own interests lay in the appropriation of plants as ornament, an exploration of decoration that went against the prevailing minimalism of the 90s. His attraction to nature had, however, been constant throughout his life; he regularly took the first year students on an annual trip to Kew Gardens.

Curious about the opportunities for an artist at Kew, he wrote introductory letters to every head of department at the botanical gardens and received one reply from Dr Madeline Harley.

An interior designer in a previous life and conscious of the visual power of microscopic imagery, Harley invited Kesseler to visit Kew and he promptly began working in the laboratory, creating beautiful high-resolution imagery of pollen. Making his own visual discoveries in this micro landscape, Kesseler transformed the previously unseen into something beautiful, creating images that are at once natural and yet alien, avoiding any trap of prettiness. 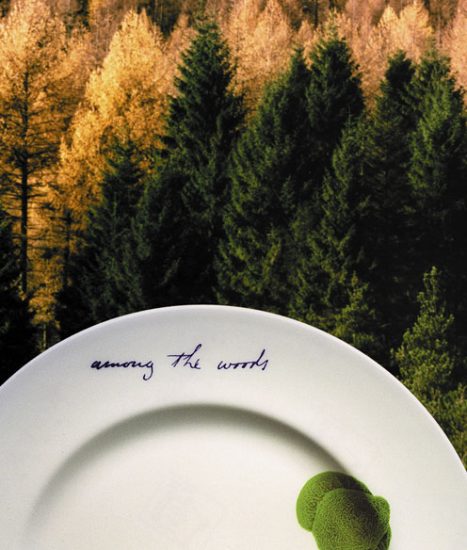 Throughout his career, he consistently takes his practice to unconventional places. To give just one example, Gathered saw the artist stage a formal dinner outdoors in the Lake District. On the fells above the grounds of John Ruskin’s former home, Kesseler set a dinner service embellished with botanical imagery among pressed flowers and fragments of Ruskin’s writing. Twelve invited guests – including a bee keeper, a botanist, a poet and a herbalist – sat down to consider the relationship between place, plants and people.

Gaining a Nesta Fellowship in in 2002, Kesseler continued his work with Kew Gardens forging a productive art/science collaboration resulting in several publications. Considering his position as UAL’s chair of Art, Design and Science, does his practice celebrate the breaking down of disciplinary boundaries? “To an extent,” he says, “I like silos with lots of doors. Silos are dense bodies of really important knowledge and I’m wary of broad, thin knowledge. But there are depths within that are never reached by the outside world, and that’s fine because they’re doing really complex work. But things have definitely opened up and movement between these silos and across disciplines is gathering momentum.” 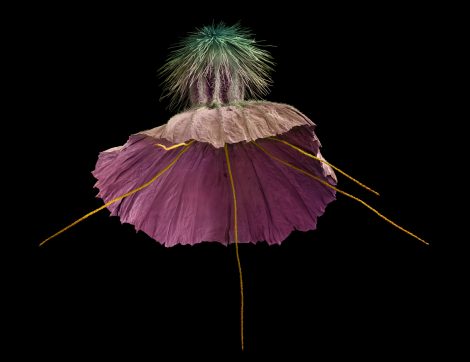 As he continues to cross perceived boundaries, Kesseler’s career has also spanned a time of huge change for ceramics in the UK from the fall and subsequent rebirth of the industry in Stoke on Trent to the closing of university courses (CSM’s Ceramic Design is now one of only two single honours ceramic degree courses in the country). On the eve of his retirement, a moment of retrospection, how does he see the future of ceramics?

“Ceramics is a fantastic material and the things that are produced using its processes have endless possibilities. Its qualities of permanence and fragility attract an enduring passion among those who work within the discipline and it’s our job to retain the opportunities for developing its future potential.”