Sarah Craske, MA Art and Science, is the MullenLowe Nova Award Winner for her Microbiological Hermeneutics project which explores and documents that bacterial history of a 17th century edition of Ovid’s masterpiece. “The thing that really struck me was the recognition of risk”, said Craske of her award, “I feel like I’ve taken a lot of risk in my work so it was really nice for that to be recognised in this way.” 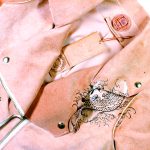 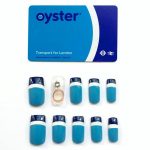 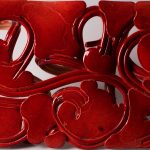 The runners up are Tina Gorjanc, MA Material Futures, whose work muses on the ethics of human tissue engineering and Maria Gasparian, MA Design: Ceramics, who has been investigating the potential of ceramics in contemporary architecture. Gasparian also took home the Unilever Sustain-Ability Award. New for this year was Your Nova, voted on by the public. Lucie Davis, BA Jewellery Design, scooped Your Nova with her collection that brings a little bit of magic into everyday rituals, from Oyster card nails to rings made of ‘magic sponge’ for use specifically while doing the washing up.

“Over the years, the shortlist and winners of the MullenLowe Nova awards provide an important and fascinating record of the work emerging from one of the world’s leading art and design schools – a snapshot of the best forms of creativity and how they might be applied,” says Head of College Jeremy Till, “The process of selection is incredibly rigorous (and demanding on the judges), and despite the vast array presented, the best work always bubbles up to the surface, whatever the discipline.”