Much recent writing on object-based learning in museums assumes that the prevailing paradigm sanctions against touch. However, the Museum and Study Collection at Central Saint Martins has always been a handling collection within a wider tradition of teaching collections associated with art schools. I would argue that that haptics and material culture play a key role in art and design pedagogy, and that interactions with museum collections should reflect that. This talk addresses my research into the student experience of object based learning, which indicates that touch is a key part of the learning experience, particularly for fashion and textiles students who find that wearing gloves to handle textiles limits learning opportunities.  I will discuss ways of offering enhanced access to collections, balanced against the importance of caring for collections long-term.

Judy Willcocks is the Head of Museum and Study Collection, Central Saint Martins 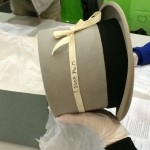 The presence in English convict prisons during the second half of the nineteenth century of so-called ‘gentleman lags’ – upper middle-class professional men mainly sentenced for what would today be regarded as ‘white collar’ offences – is examined here, along with these prisoners’ influence on the recommendations of a Royal Commission set up in 1878 to investigate penal servitude’s operation. ‘Gentleman lags’ were but one element among a wider population of ‘educated’ convicts, primarily junior clerks and Post Office employees sentenced for minor acts of embezzlement, whose increase was noted from the 1860s onwards by prison chaplains and governors. 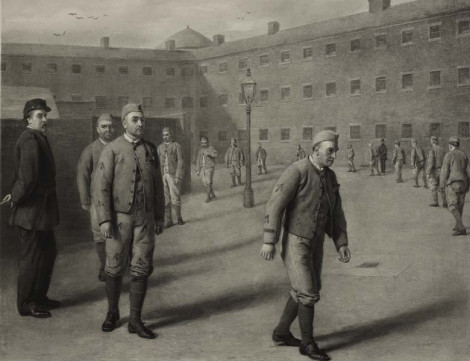 Some senior convict personnel joined former prisoners and prison reform advocates in arguing that penal servitude fell more heavily on ‘educated’ convicts than others. Not only were such men used to a life of relative comfort, they suffered permanent loss of reputation, experienced disproportionate disgrace, lacked aptitude for manual work, and suffered the indignity and moral danger of forced association with lower social classes – not least, the feared and reviled ‘criminal class’. To remedy this perceived injustice, some advocated separating prisoners sentenced for different offences, while others went further in proposing that different types of offence should bear different types of punishment. Loudest among these voices were former ‘gentleman’ convicts themselves, many of whom published memoirs and articles upon their release. However, as prisoners sentenced for large-scale acts of premeditated fraud, some ‘gentlemen’ had more in common with professional thieves than with temptation-prone office boys.

This paper argues that the presence of ‘gentlemen’ within the convict population in the event militated against the adoption of radical proposals to segregate ‘educated’ prisoners. Fearing accusations of class-based favouritism, the Royal Commission instead recommended the separation all first offenders in English convict prisons regardless of offence, a policy that would remain in force until 1967.

Ben Bethell is a tutor on the MA Culture, Criticism, Curation course.