100 Years of Graphic Design by Women at CSM March is International Women’s History Month and we’ve been celebrating with an exhibition that honours 100 years of visual communication by women at Central Saint Martins.

With the show on for another two weeks, we spoke to curator and BA Graphic Design Associate Lecturer Ruth Sykes about the importance of gender-specific exhibitions, socially motivated graphic design and the some of the most influential work on display.

Why is it important to have women-only exhibitions?

Because women do not have equal visibility with men in most professional fields, until they do, it’s worthwhile having gender-specific exhibitions.

More women are studying graphic design, but less getting high-powered industry roles, do you think it’s important to highlight this history of female success to current students?

How did you go about choosing the pieces?

I put out a call on social media for suggestions on which designers should be included in the show, and used most of the suggestions I received. Unfortunately not all of them were able to be included because of the short time frame for planning the show, there came a point when I had to stop contacting designers and start planning the installation. 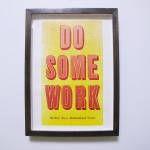 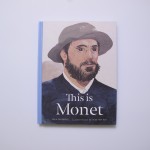 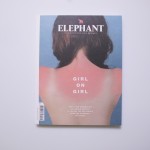 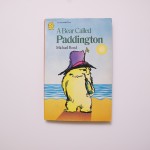 Some of the pieces on display are inspired by social change and attitudes towards women. In terms of these socially motivated pieces, are there similar themes throughout the 100 years represented here or have priorities changed?

Women’s equality is a continuing theme but priorities do change: Ray Marshall’s cartoons from 1910 are about votes for women, Spare Rib magazine in in the 1970s is about wider equal rights for women, as is the 1970s Peter and Jane Parody by See Red. The Womens’ Design and Research Unit typeface from 1994 is about the sexist language used to describe women. Ladybeard magazine from 2015 is feminist, but for everybody, not just women. The priorities change as the position of women change over the century.

What are some of the most influential pieces featured in the display?

Margaret Calvert’s ‘men at work sign’ shown in A+ has been in use for 50 years along with the rest of the road signage system she designed with Jock Kinneir. Most British people see their work every day. As an approach to road signage their work had an international influence. Margaret spoke at the international Design Indaba this year. Morag Myerscough’s giant letter A is unmissable, like the rest of her large-scale colourful work. Morag was listed in Debrett’s 500 most influential people in Britain this year. Lucienne Roberts’ socially engaged work has been influential over her entire 30-year career, along with Margaret her work was included in the Barbican retrospective of British Graphic Design ‘Communicate’ in 2004. 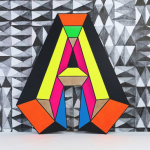 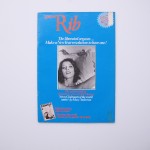 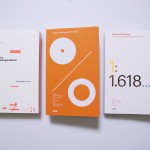 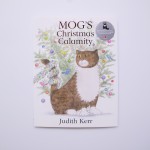 Do you have any future plans for this project?

I have been asked if I would like to take the show to a London gallery, which I would like to do if the resources can be made available to support that. The content on the website to accompany the show will increase from the current brief biographies of the designers to include images of their work and longer form writing.

I will make a publication for the show which I will print on demand for those interested. Some of the designers have very generously agreed to donate their work to the CSM Museum and Study collection so it can be used in learning and teaching for years to come.

Today as part of UAL research fortnight, five of the designers in the show held an ‘in conversation’ event with current students of BA Graphics, which will be edited into a podcast for future students’ reference.

I will continue my research into the history of women in graphic design and write a book about it one day!