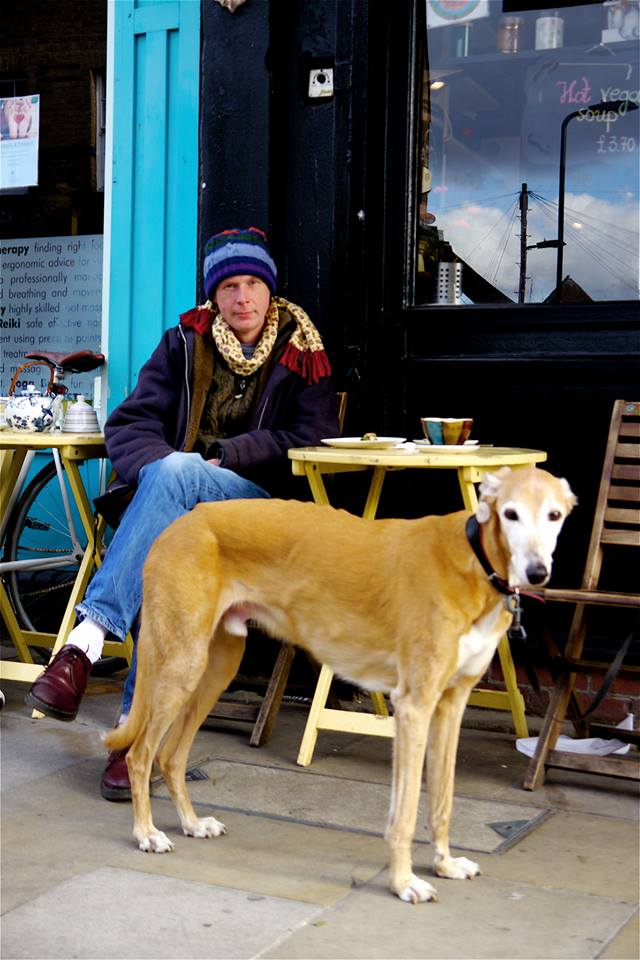 I work in performance, painting, critical theory and cultural critique. My material draws on queer/post-queer culture, material cultures, sub-cultures and emergent cultures. This research is in making complex ideas and concepts accessible through performatives as education and entertainment combined.  Humour and enigma, through a ‘personal’ and ‘raw expose’ via ‘liveness’, characterise this research.

I am currently working on a publication called Performance Art: A Guided Tour, for the interested yet uninitiated, to be published by Bloomsbury, New York in 2020. I have also written a chapter for, Leap Into Action, a collection of essays to be published by Peter Lang Publishing, New York, later this year. This applies performance and pedagogy to everyday occurences and the necessity to value performatives as critical.

I deliver performative lectures for a wide audience demographic. For example, Performance in The Expanded Field (2015/9), which is about the relationship between academia and society as drama whilst acting out a kidnapping of ‘the lecturer’, complete with police officers in uniforms from the T.V. show The Bill. This ‘staged kidnapping’ occurs during a screened episode of Abel Ferrara’s ‘video nasty’ horror movie, ‘The Driller Killer’, (1974): Abel’s response to technological performance, of the newly mass-produced battery power portapak.

Borders, and how disciplines dissipate when confronted, challenged or appraised, drive my research. I am influenced by writers and artists such as Walter Benjamin, Henri Bergeson, Pierre Bourdieu, Joshua Harvey, Henry Rogers, Hélène Cixous and Peggy Phelan.

I foresee process as art and creative practice to promote inclusivity, how to get beyond Duchamp’s ‘readymade’ towards a critique of collectives and ‘The Living Archive’ over material cultures.

A background in art and theatre industries prefigures what I do now. As a set, costume and lighting designer and theatrical costumier, and scenic artist, he crafted and art directed a great many theatre, film and television productions, museum experiences and music and product promotions.

Research funded projects include The Intimacy of Fortification, an exhibition of assemblage works, an essay and catalogue; and Locating Performance, Performance Related Text, a ‘performative’ publication.

I am a consultant for The House of Fairy Tales, an arts charity founded by artists Deborah Curtis and Gavin Turk. I have also produced performance works for their ‘happenings’ at Tate Modern, Port Eliot Literary Festival, The National Trust and The Big Chill Festival. These contribute to my portfolio of performances, paintings, assemblages, talks and workshops for many established curators and galleries, and trusts and festivals which include: The Free Art Fair, Alternative Arts, Reggiani Lighting, Prague Quadrennial, The Edinburgh Festival, The Bow Arts Trust, Shoreditch Town Hall, The New Art Gallery Walsall, and The Sainsbury Art Gallery.

In 2016 I chaired a conference, and performed, at The Nehru Centre, The Indian High Commission for Culture in London’s Mayfair, with Anglo-Gujarati drag artist Piyush Patel.

My writing work is published in Arts Illustrated, an Indian journal distributed internationally, the first, A Pertinent Interruption, 2015, reflects upon Western Performance Art and world performance practices. The second, in 2017, The ‘I’ of the Beholder — Show me what You See in What I Showed You, considers the relationship between the work of artists and their audiences.